The Glass Isn’t Half Empty: Reasons To Be Optimistic About Water Issues

The news about climate change’s impacts on water supply and availability is often dire and can feel overwhelming.

A recent study led by the U.S. Forest Service found that by 2071 nearly half of the 204 water basins in the U.S. may not be able to meet their monthly water demands. Data from the World Resources Institute’s Aqueduct tool, which maps water stress globally, has found that 17 countries, containing a quarter of the world’s population, face “extremely high” levels of baseline water stress, and several other countries, including the U.S., have pockets of extreme water stress.

Every day, it seems as if a new story emerges about crippling water shortages, from Chennai, India, to Cape Town, South Africa, from Mexico City to Los Angeles.

Solving the water scarcity problem, especially as the impacts from climate change mount, can feel like a Herculean task. Water evokes a visceral reaction from people. We drink it, bathe in it, swim in it, watch our children play in it. It courses through our cities, and our bodies, we plan vacations around it. Despite our close connection to water, most people do not know how it gets to our taps or what is involved in that process.

Water is a localized commodity, and the sector is highly fragmented. In the U.S. alone there are about 152,000 water systems, creating a tangled web of regulations and interests. Policymakers in the European Union, where water resources vary greatly from region to region, have yet to fully integrate their water management plans. And regions with a history of cross-border disputes, such as South Asia, often treat water data as classified national security information—creating clear roadblocks to effective management of shared resources.

It all sounds like a recipe for water disaster. But there is no need to give up hope. In fact, there is reason to feel optimistic.

The solutions to water supply scarcity are not technical or hydrological. There are an abundance of solutions already available on the market, and companies and governments are undertaking research and development to advance technology further.

Some of the most effective technologies being deployed are in water reuse. Water reuse, sometimes called reclaimed or recycled water, is a proven technology, but has seen increased innovation in recent years.

Desalination, both groundwater and ocean, is another technology that has seen a surge in interest recently. Desalination faces some barriers due to upfront costs, high energy costs and waste issues, but innovations are improving on that front as well.

Other technical issues that are imminently solvable include irrigation and rainwater runoff—the latter of increasing concern with recent flooding in areas around the world. 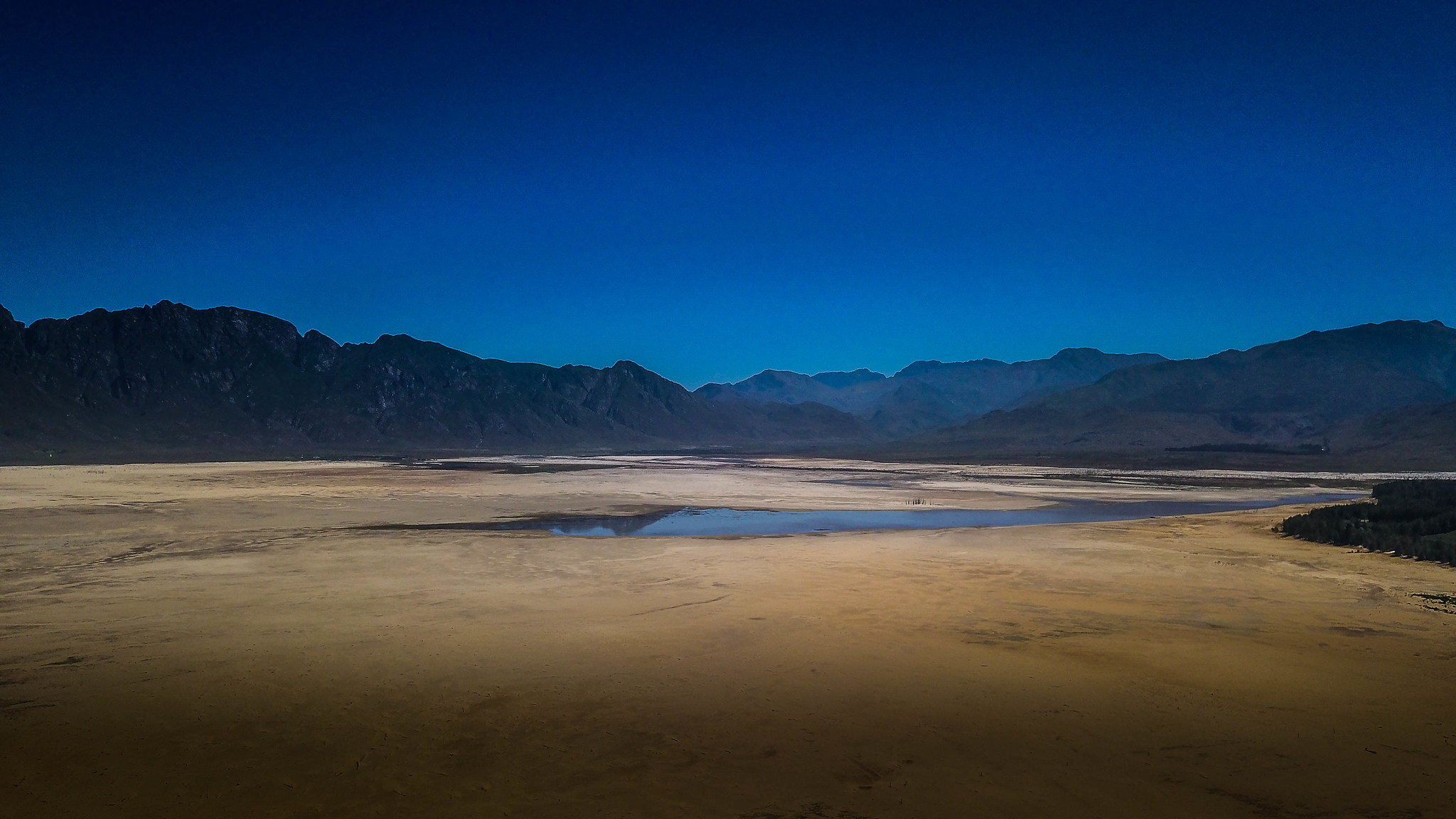 (Image: Taken in the midst of Cape Town's "Day Zero" crisis in February 2018, this image shows a small puddle of water—over a mile from the edge of the dam—in what was once a city reservoir.)

So, if technology is not an issue, what is? The solutions to water scarcity are political and ethical, but the sands are shifting in the right direction. Momentum is building around the U.S. Environmental Protection Agency’s Water Reuse Action Plan, of which a draft for comment was released in September. The plan aims to better integrate federal policy and leverage business expertise and state and local government to identify, and ultimately implement, action on water reuse.

In Singapore, recycled water even has a brand name. The island city-state has used recycled water for non-potable industrial purposes since 1966, and in 2003, it introduced NEWater—a high-quality, drinkable water recycled from treated sewage. Any initial “ick” factor that came along with the announcement has since faded, as five NEWater recycling facilities powered by membrane separation now provide 40 percent of all drinking water needs—a figure set to top 55 percent by 2060.

There is increasing awareness about the need to value water correctly. This is a tricky policy issue to tackle since it involves an essential good for public health and safety. No one wants to be the one who overprices water and makes it unaffordable for lower-income communities. But policies can help shift the value of water to where it should more appropriately sit while safeguarding access to clean water and ensuring everyone is able to afford it.

In the U.S., for example, inefficient water subsidies, such as for large-scale irrigation and groundwater pumping, could be phased out. Much like efforts to phase out wasteful fuel and energy subsidies, eliminating these in the water sector could help realign demand and supply.

Similarly, the European Union’s Water Framework Directive operates under the premise that "water is not a commercial product like any other but, rather, a heritage which must be protected, defended and treated as such.” In pursuit of this aspiration, the EU regularly analyzes water availability and management policies in its member countries in an attempt to streamline water governance.

When thinking about the global impacts of water scarcity, a reimagining of diplomacy is in order. Currently, policymakers look at the global community in reference to water to evaluate the risk of shared-basin conflicts in countries. But the real threat is that water stress will destabilize local and national governments, as seen in places like Yemen. Thinking about water from a global standpoint means integrating knowledge from development and intelligence agencies into foreign policy discussions.

Companies with global reach—working in a multitude of countries with varying needs—have built an expertise and innovative nimbleness to help governments and industries figure out how to address water scarcity issues.

According to Kimberly Kupiecki, global leader for sustainability, advocacy and communications at DuPont Water Solutions, “businesses can bring together technologies sequenced in the right way” in a city or system, building on other work they have done previously. Companies have the ability to move quickly and can act as advisors in prioritizing which policies and technologies their clients should first invest in.

Kupiecki and her team also note that while science and technology breakthroughs are global, implementation is local, so solutions can be tailored, depending on what a particular market needs.

In Suez, Egypt, where rainfall is often minimal, DuPont Water Solutions collaborated with local partners to design a containerized Ultrafiltration plant—which can be set up in only three months to address intermittent water stress, compared to 12 months for traditional designs. In Kenya, where more than half of all groundwater contains dangerously high levels of fluoride, the company and USAID deployed an onsite water defluoridization unit at a school and hospital near Nairobi. The company even provides water in the least hospitable place on Earth—Antarctica—using reverse osmosis to purify seawater for scientific research stations. 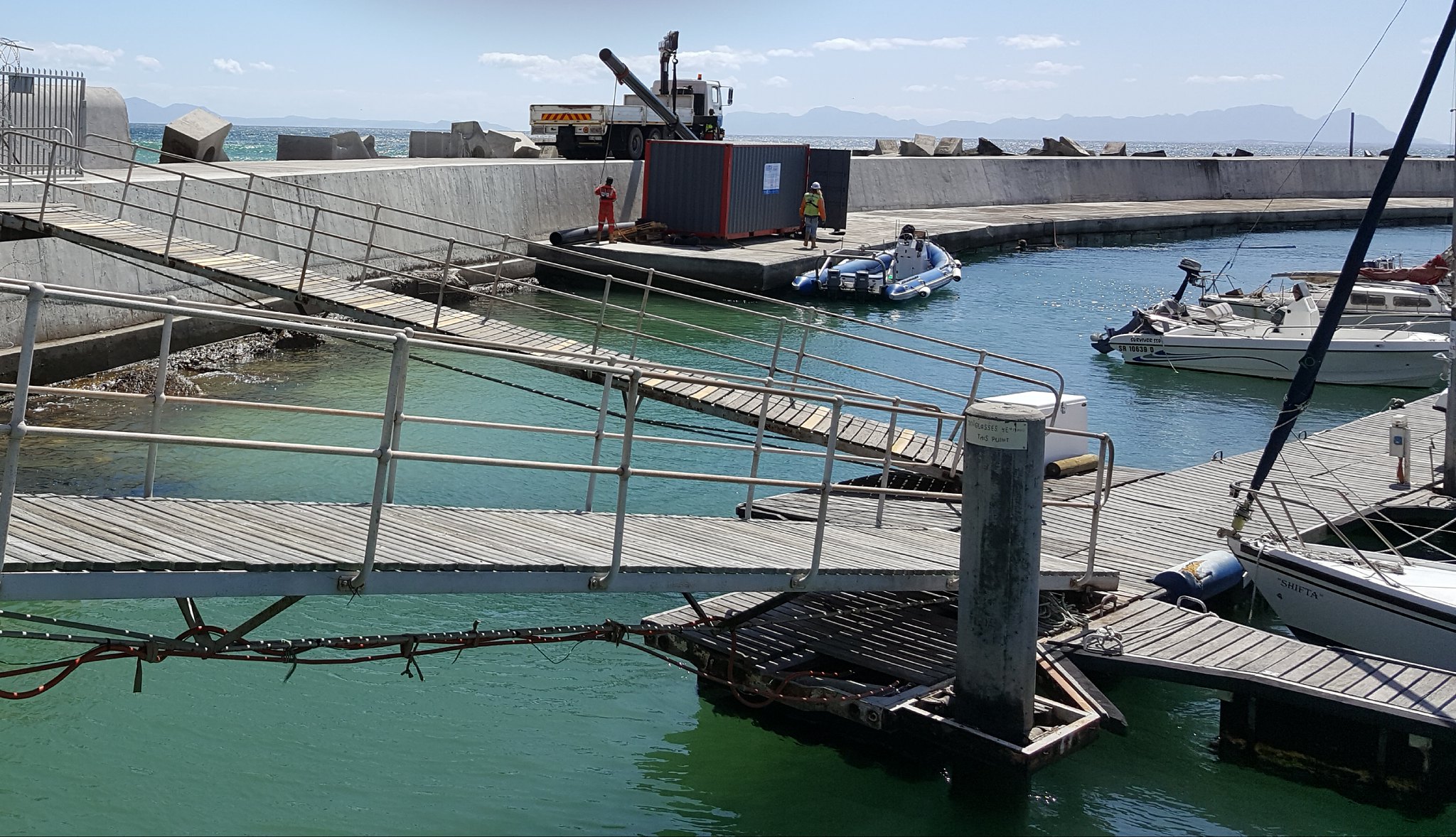 (Image: Cape Town plans to lean more heavily on desalination to cope with intermittent water stress. Here, an intake pipeline is under construction in Gordon's Bay Harbor, about 35 miles south of the city center.)

Because water solutions must, by their nature, be local, culture plays an important role. Israel has, in effect, solved its water woes. Its water sector is centralized, and water is priority in national policy. That decision has made accessing (and developing) the necessary technologies easier, such as desalination, reuse, leak detection and drip irrigation.

But a straightforward federal system is more challenging in other parts of the world. In India, for example, experts say crises such as Chennai’s Day Zero are not a matter of water availability, but rather of water management. As urban sprawl puts stress on reservoirs, residents are increasingly forced to deplete groundwater reserves, purchase water from trucks run by private companies or draw water from sources growing increasingly polluted due to lack of management. Here, concerted efforts to recover rainwater, implement water reuse systems and improve overall efficiency hold the greatest promise.

Still, realigning behavior and culture to understand and address the needs of a community can absolutely be done in cities worldwide. City officials may know what makes their citizens tick, and businesses may know how to best deploy the most appropriate technologies to meet their needs. Private-private efforts can also be critical to helping cities meet demand. For example, Kupiecki of DuPont Water Solutions notes that more than half of their work is with industrial clients, especially in water-stressed areas around the world. If industry can reduce its water demands, then more water can be made available for other needs.

The daily feed of news stories may seem like water is an unsolvable problem, but there is no need to give up hope. In fact, there is reason to feel optimistic. Working in partnerships across government, the private sector (including industry and agriculture) and civil society can solve water scarcity.

The technology is already here. The question is: Will the relevant stakeholders—from large municipal water users and multinational companies down to local governments—come together to deploy it? And more importantly, will we start to recognize water for what it truly is: a public asset, made available to everyone?

This article series is sponsored by DuPont Water Solutions and produced by the TriplePundit editorial team.

We Don't Have to Solve Business Problems with Food Waste

Land Restoration is a Must to Mitigate Global Desertification and Drought