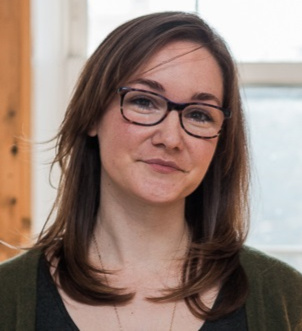 How Can the U.S. Get More Women in the Boardroom?

It was about this time last year that Facebook was heavily criticized for the absence of women among the seven directors on the board. And it will be a year ago this June that Sheryl Sandberg, Facebook’s chief operating officer now of Lean In fame and infamy, became the eighth member of Facebook’s board.

This is a small step for a high-profile U.S. company, and small steps seem to be the only kind we’re taking when it comes to gender diversity in the boardroom.

A GMI Ratings survey, 2013 Women on Boards, shows that, since 2009, the percentage of women on boards in the U.S. has risen just 1.9 percent. This is compared to a 3.3 percent increase in Nordic countries and a four percent increase in the rest of developed Europe. When you look at the percentage of women serving on corporate boards in the U.S. (as of 2011 this was approximately 16 percent among the Fortune 500 companies) and consider that alongside our slow growth compared to European countries, you have to wonder, what’s happening?

Pressure from government is one of the factors influencing speedier gender diversification of boards in Europe. Norway requires that at least 40 percent of board seats are filled by women, a German policy that would require corporate boards to be comprised of 30 percent women is being considered and France has a quota law in place that requires publicly traded companies to reach a goal of 40 percent female board members by 2017.

To increase the growth rate of women board members within U.S. corporations we should look to what is working across Europe. This assumes that U.S. companies have an interest in creating more gender diversity within their board leadership, or answering the question: But why? There is research that looks at the impact of more women in corporate boardrooms, and the benefits are impressive.

Researchers from Harvard Business School and Catalyst found that companies with “gender-inclusive leadership” contributed more charitable funds, and that more women leaders correlated with “higher levels of philanthropy” and the quality of CSR projects is impacted by women in leadership.

Government-required quotas may not be the right approach for increasing the number of women board members in U.S. companies. However, as European countries continue to outpace us in corporate gender equity, we should pay attention to what is working, or U.S. businesses will continue to lag behind. [Image Credit: The_Warfield] Heidi Sistare is a freelance writer who just completed the documentary writing and multimedia storytelling program at the Salt Institute for Documentary Studies in Portland, Maine. She holds a BA in Social Work from Warren Wilson College and has experience in non-profit management, community development, and planning for small businesses. Visit her website at: www.heidisistare.com

Heidi Sistare is a freelance writer who just completed the documentary writing and multimedia storytelling program at the Salt Institute for Documentary Studies in Portland, Maine. She holds a BA in Social Work from Warren Wilson College and has experience in non-profit management, community development, and planning for small businesses. Visit her website at: www.heidisistare.com

What U.S. Asset Managers Say About the SEC’s Proposed Rules on Climate-Related Disclosures

Amidst Criticism, ESG Reporting Should Be Reformed, Not Abandoned

The War in Ukraine Is a War on Food

A Strong Pitch Deck Can Make All the Difference, Especially for Women Entrepreneurs — So This Agency is Stepping Up