3p Weekend: 12 Celebrities Who Use Their Fame for Good

With a busy week behind you and the weekend within reach, there’s no shame in taking things a bit easy on Friday afternoon. With this in mind, every Friday TriplePundit will give you a fun, easy read on a topic you care about. So, take a break from those endless email threads and spend five minutes catching up on the latest trends in sustainability and business.

It's easy to be disenchanted with pop culture: After all, apparently more Americans can name all of the Kardashian sisters than correctly identify the vice president.

But in between the vapid pages of those trashy magazines are a few celebrities who are using their fame for good. No, we're not talking about mismanaged foundations or 'guest appearances' at holiday toy drives. These folks take giving seriously—and they're making a huge difference for other people around the world. 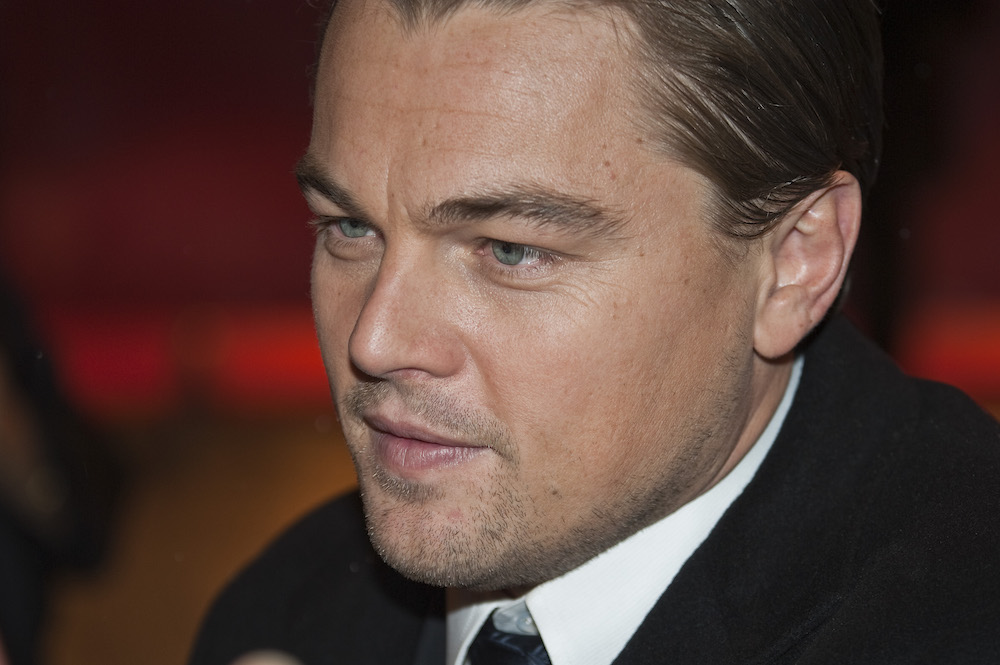 Leo's name has become as synonymous with celeb eco-activism as it is with the Titanic. The four-time Academy Award nominee is behind several films aimed at educating the public about environmental issues, the most famous being "The 11th Hour."

In 1998, at the tender age of 25, the actor founded the Leonardo DiCaprio Foundation with the aim of protecting biodiversity and combatting climate change through grantmaking, public campaigns and media projects. The foundation has rapidly scaled up its grantmaking operation in recent years, allocating over $10 million to ecosystems projects.

Leo has also lent his voice to the fight against illegal fishing, created viral memes to educate people about climate change and even owns his own electric vehicle racing team.

Watson continues to represent HeForShe, a unique initiative that seeks to rally everyone -- including men and boys -- behind gender equality. The young actress who stole our hearts as Hermione in the film adaptation of the "Harry Potter" series is also a goodwill ambassador for U.N. Women and routinely uses public appearances and social media to speak up on behalf of gender equality. 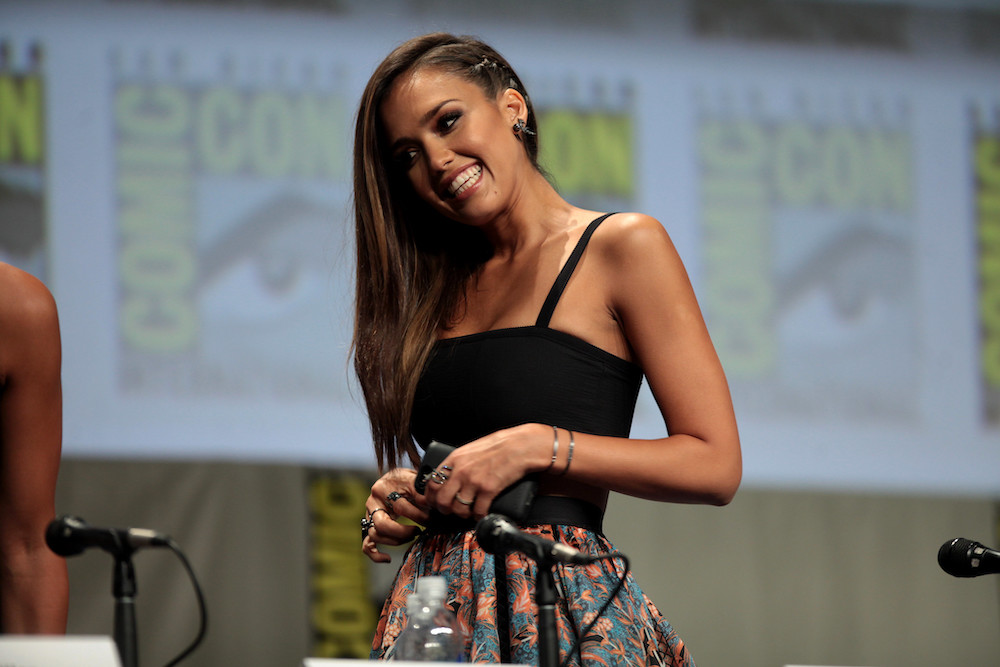 Celebs launching their own companies is nothing new. But brands that outlast the first product offering? Those are a bit tougher to find. Add in a social purpose, and you can see why actress-turned-mogul Jessica Alba and her growing enterprise, the Honest Co., made our list.

While pregnant with her first child, Alba began looking into the chemicals and additives found in many baby and home care products. After reading "Healthy Child Healthy World," she reportedly hounded author Christopher Gavigan for over a year before he agreed to co-found the Honest Co. with her. Teaming up with a seasoned pro in Gavigan, also the former CEO of nonprofit Healthy Child Healthy World, lent an air of credibility to the celeb-backed company, as did the products themselves—which received high marks from the Environmental Working Group.

It hasn't always been smooth sailing for the company—as a recent class-action suit over its sunscreen proves—but, to her credit, Alba has stayed consistent when it comes to her mission for the company. And her Twitter response to the aforementioned lawsuit was more transparent—and, let's just say it, honest—than you'd get from most company execs. So, you keep doing your thing, Jessica! 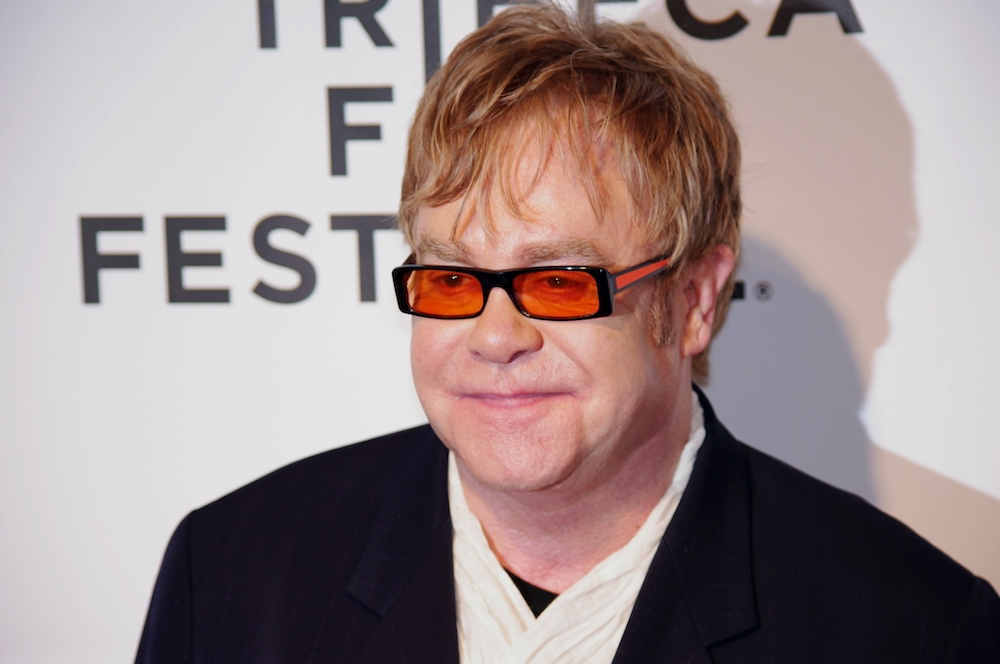 Sir Elton John, who has lost many close friends to HIV/AIDS, is at the forefront of the fight against the disease. He established the Elton John AIDS Foundation (EJAF) in 1992 to try to stem the destruction it causes around the world.

“I have lost many dear friends to this terrible disease,” he said on the EJAF website. “In the mid-1980s, I began channeling my grief into efforts to help raise money for the pioneering charitable organizations that formed during those dark, grim years to fund AIDS research and provide vital services to people with HIV/AIDS.”

Since its founding, the foundation has raised over $125 million to support HIV/AIDS prevention, education and service programs in 55 countries around the globe. Sir Elton also routinely gives huge chunks of his personal wealth to charity: In 2004 he donated over $43 million to nonprofits, making him the most generous person in music for that year, a title he retains year after year. 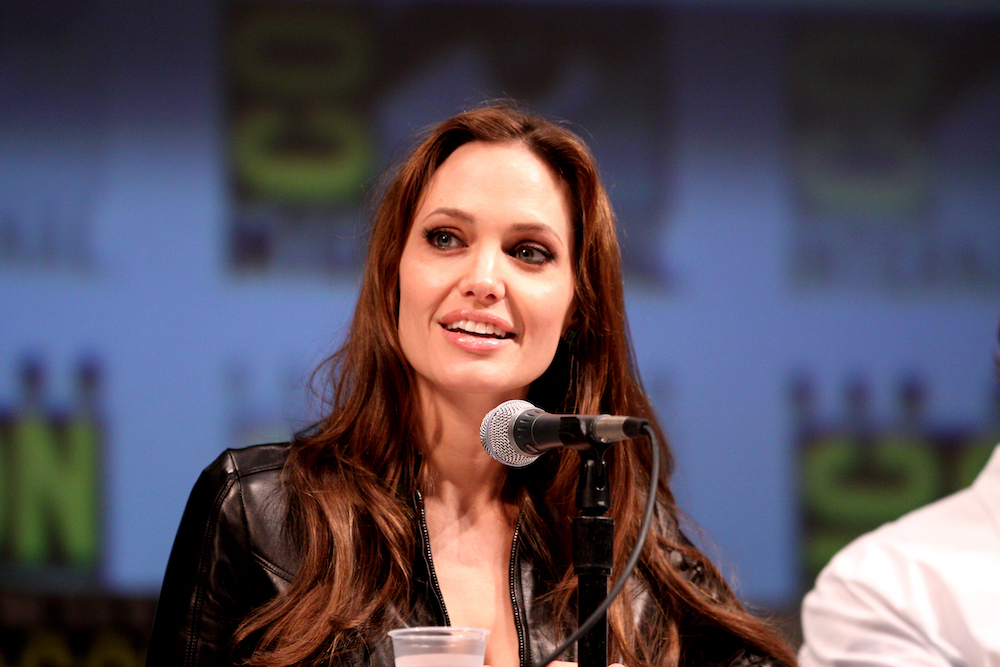 After what seems like decades worth of photos of Angelina Jolie in this developing country or that, many respond to the actress' charity work with little more than an eye-roll. But it's tough for even the hater-est of haters to deny that her 15+ years of philanthropy and activism are impressive.

The actress first became aware of global humanitarian crises while filming "Tomb Raider" in Cambodia. Since linking up with the Office of the United Nations High Commissioner for Refugees (UNHCR) in 2001, Jolie has been on field missions around the world and met with refugees and internally-displaced persons in more than 20 countries, including Sierra Leone, Tanzania, Cambodia, Syria and Iraq.

The Jolie-Pitt Foundation, the nonprofit she founded with husband Brad Pitt, recently donated $1 million to Doctors Without Borders and provides humanitarian aid in more than 60 countries around the world. Jolie still serves as a UNHCR Goodwill Ambassador.

Sir Patrick Stewart is perhaps best known for his role as Captain Jean-Luc Picard on the late-'80s Star Trek reboot, "Star Trek: The Next Generation." But he's enjoyed something of a pop culture revival himself recently—inspiring many a Buzzfeed post, not to mention Tumblr blogs like "F**k Yeah, Patrick Stewart!"

There's no doubt that the 75-year-old's general awesomeness on Twitter is at least partially to thank for his rekindled fame. But his ongoing and outspoken stance for women's rights is also a big part of it. His position on women's rights and domestic violence first entered the mainstream blogosphere after Comicpalooza 2013 (see video above). At the event, Stewart gave an impassioned response to an audience question from a domestic violence victim—winning hearts and minds of millennials the world over, most of whom couldn't care less about Picard fighting the Borg.

Stewart continues to speak out for women's rights, calling on other men to join the fight to stamp out violence against women. 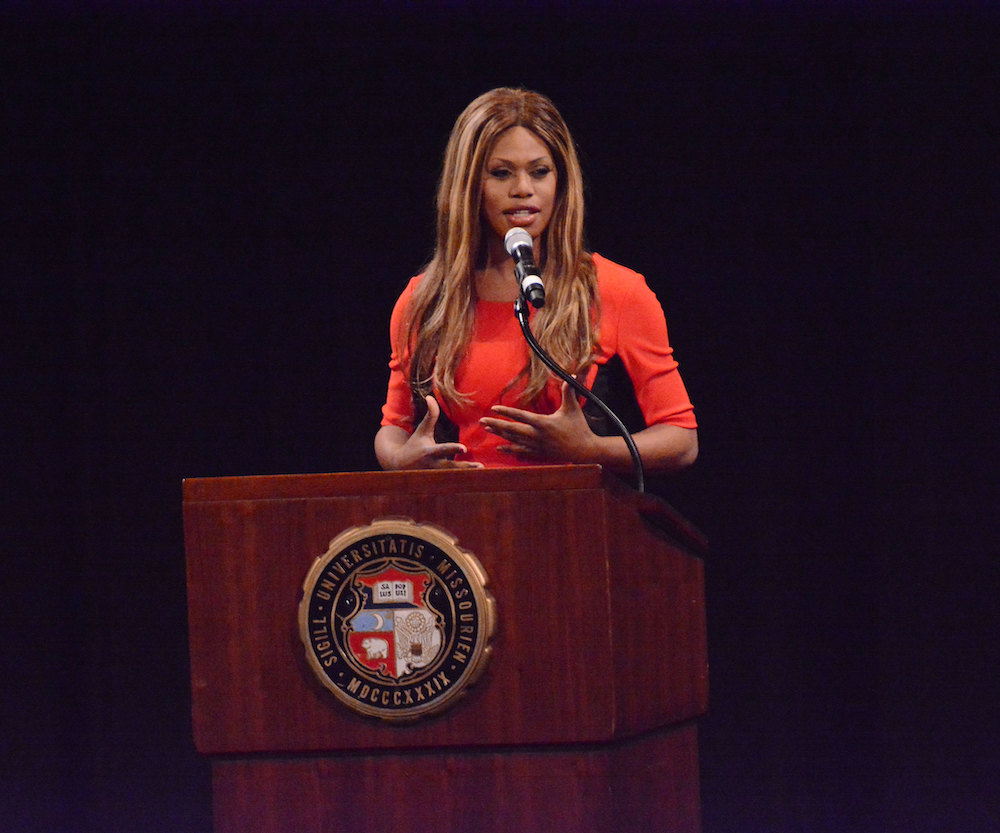 Actress Laverne Cox rose to superstardom in her role as Sophia Burset on the hit Netflix series, "Orange is the New Black." She's also transgender, and she's been busting down doors for the trans community ever since she hit it big.

Let's just rattle off her firsts for a minute: Shortly after becoming the first openly trans person to be nominated for an Emmy, Cox appeared on the cover of Time magazine—another a first for the transgender community. She recently became the first trans woman of color to produce and star in her own television show, VH1’s "TRANSForm Me." I could go on.

Being a famous person who's also trans breaks molds in itself, but Cox isn't content to rest on her laurels and has embraced her position as the public face of the transgender community. She's produced several documentaries about living life as a trans person and the challenges people in the community often face. She also speaks regularly about LGBT issues, and is quick to move the spotlight from herself to the community in her interviews. 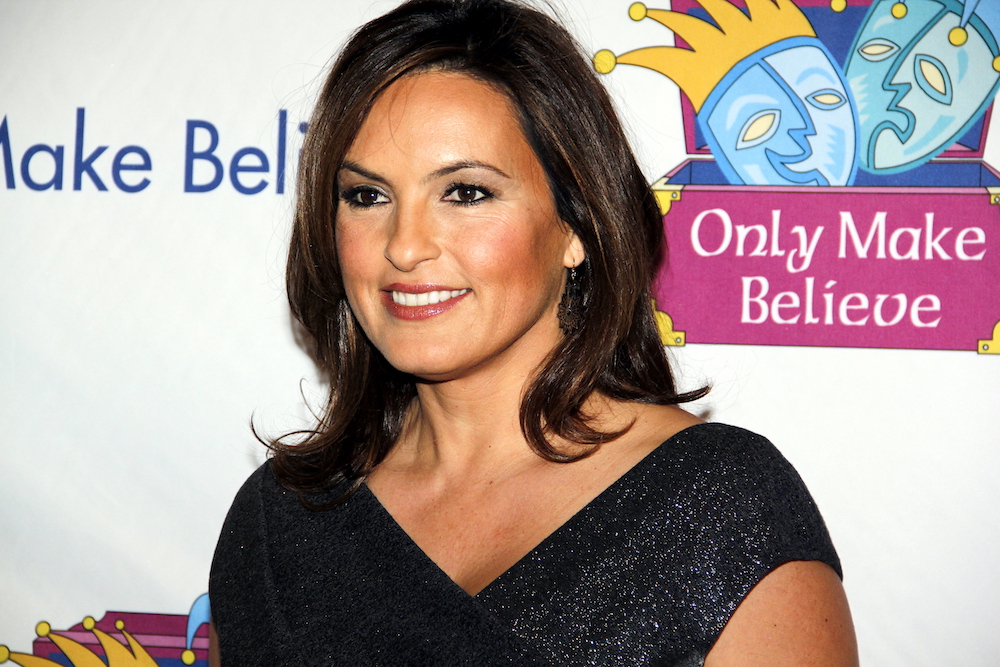 Most of us know Mariska Hargitay for her role as Detective Olivia Benson on the long-running television hit, "Law & Order: Special Victims Unit." But what went on behind the scenes may come as a surprise.

The script's contents and her preparation for the role opened Hargitay's eyes to the systemic problems of sexual assault, domestic violence and child abuse. But what really struck the actress was the fan mail she received.

As recounted by her nonprofit, the Joyful Heart Foundation: "The letters didn't say, 'I love your show. Can you send me an autographed picture?' They said, 'I was raped when I was fifteen. I'm forty now and I've never told anyone.' Survivors were disclosing their stories to her, many for the first time."

Hargitay launched Joyful Heart in 2004, and the organization has since expanded to include hubs of service in New York, Los Angeles and Honolulu. Since its inception, Joyful Heart has directly served 15,000 people, reaching 2.4 million more through its website and social media platforms. The foundation has also laid out a 10-year strategic plan for how it hopes to achieve its mission to "heal, educate and empower survivors of sexual assault, domestic violence and child abuse." 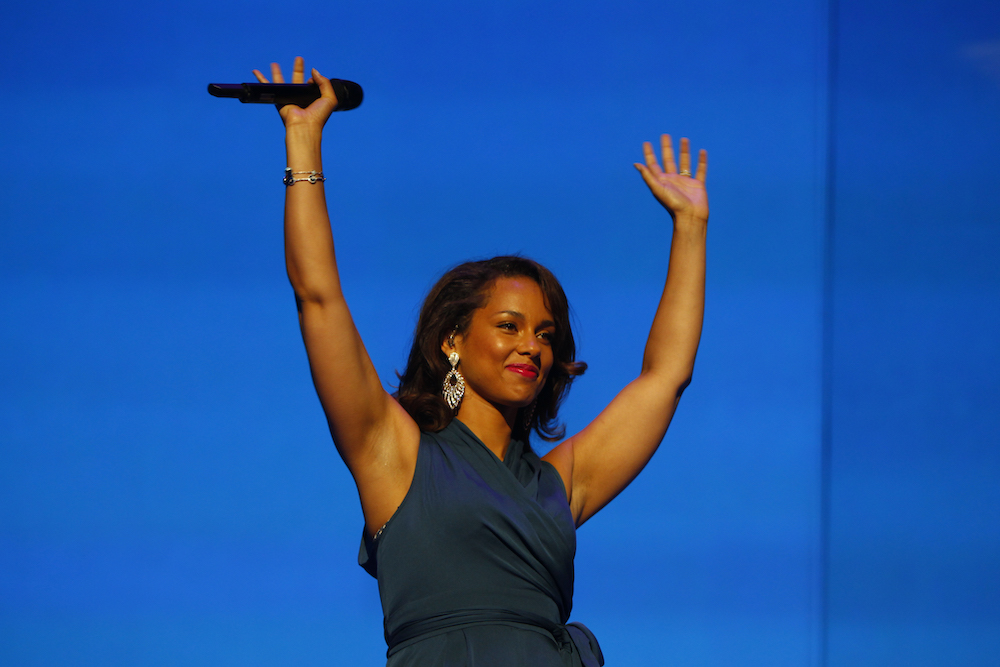 Legendary singer, songwriter and actress Alicia Keys has been involved in the fight against HIV/AIDS for over 12 years. She's a co-founder of Keep a Child Alive, a nonprofit that seeks to realize a world without childhood AIDS by "combating the physical, social and economic impacts of HIV." In the role, she's traveled to countries such as Uganda, Kenya and South Africa, and her name has become synonymous with the nonprofit's annual music fundraisers and galas.

In 2014, Keys also co-founded the We Are Here Movement, which seeks to rally her audience around the world's most pressing global challenges like equality, social justice and climate change. 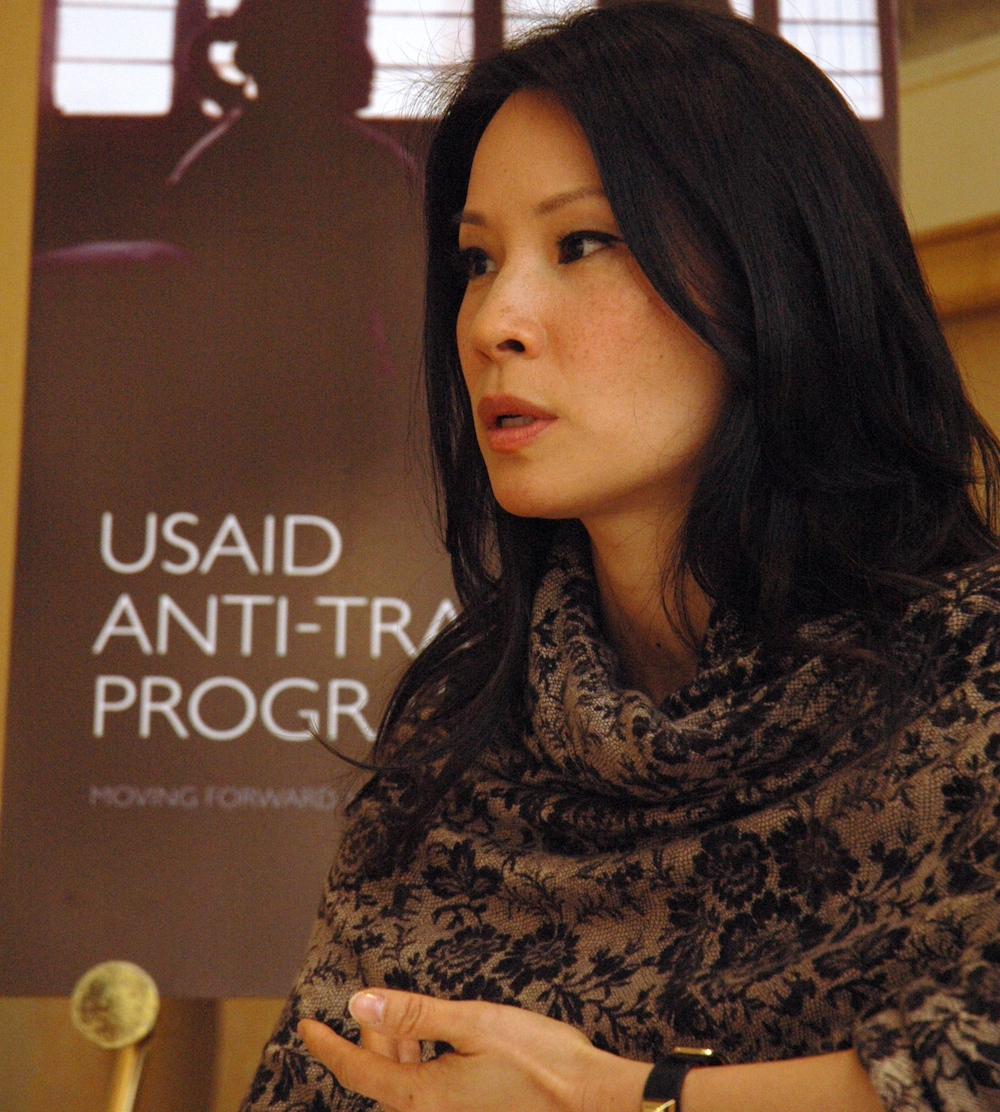 Actress, producer and and director Lucy Liu has been a screen favorite for decades, appearing in box-office hits ranging from "Kill Bill" to "Charlie's Angels." But did you know she's also an ambassador for the United Nations Children's Fund?

Born to immigrants in Queens, New York, Liu was appointed a UNICEF Ambassador in 2004. Since then, she "has involved herself in almost all aspects of UNICEF's various campaigns and initiatives and has been influential in supporting its mission of saving and improving children’s lives worldwide," UNICEF says on its website.

She's traveled to Peru, Russia, Pakistan, Egypt, the Democratic Republic of Congo, Côte d'Ivoire and Lesotho to represent UNICEF in local communities and see the organization's work up close. Adding photography and art to her resume, she also routinely makes, exhibits and sells artwork to benefit UNICEF. 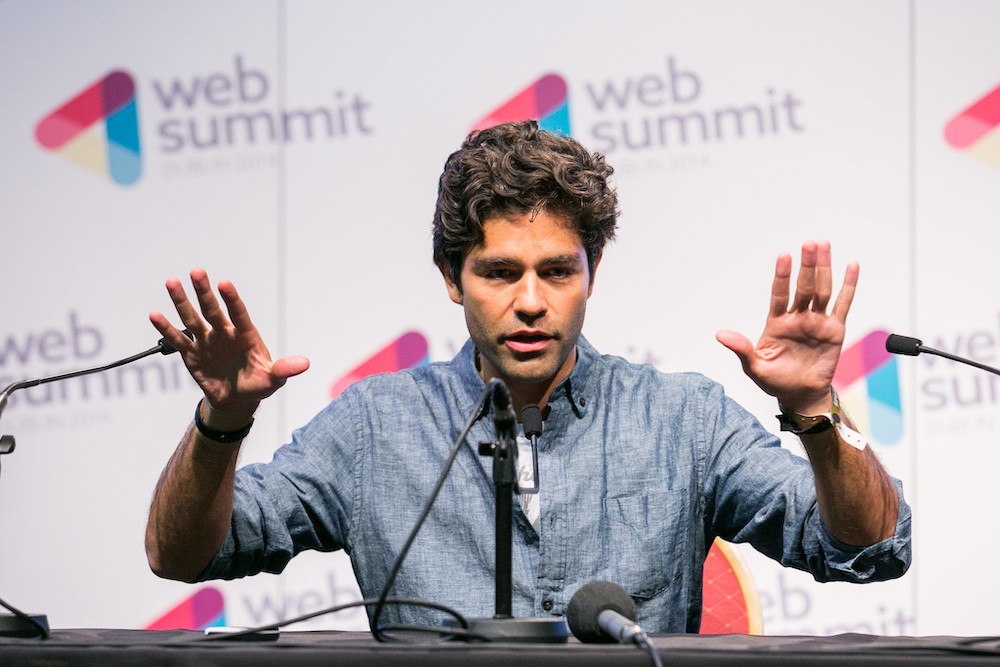 It seems that whenever an eco-minded celeb is needed for a speaking gig, whether it’s SXSW Eco or Ford’s annual trends conference, "Entourage" star Adrian Grenier is there to foot the bill. But beyond helping companies urge average pop culture buffs to give a hoot about the environment, Grenier is making waves in the sustainable business scene in his own right.

His SHFT.com multimedia project, founded with business partner Peter Glatzer, drew the attention of partners like Ford, Virgin America and Stonyfield Organic—who all view it as a high-profile means of raising awareness around environmental causes like electric vehicle adoption and food justice.

Known best for her powerful vocals, Christina Aguilera is also highly active in the fight against world hunger. She's an ambassador for the United Nations World Food Program, and she's been a volunteer global spokesperson for Yum! Brands' World Hunger Relief program since 2009.

In the role, she films annual PSAs to educate music listeners about the staggering problem of world hunger. She's also traveled to countries like Haiti, Ecuador, Rwanda and Guatemala. And she even tweeted a promo of our recent Twitter chat about ending world hunger. Thanks, Xtina!