A Brief History of Sustainable Fashion

Type the words ‘future’ and ‘fashion’ into any search engine, and you’ll get a stream of results on 3-D printing, wearable technology and e-commerce websites – sustainability is but a mere mention. Yet, the S-word has undeniably made its way into the modern apparel-making process and increasingly influences what lands on runways and store racks.

The fashion industry’s growing focus on sustainable practices has even prompted business publications such as Forbes to hail “Green is the New Black.”

Through innovative business practices, the fashion industry has come a long way in improving environmental and social conditions along complex global supply chains. Still, it has a way to go. A brief look into the industry’s storied past illuminates how corporate style setters have responded to shifting consumer demands, market trends and natural resource constraints over the years – signaling what the future of sustainable fashion might hold.

From industrialization to Earth Day

When the first department stores appeared in the United States in the late 19th century, amid the rise of the Industrial Revolution, sewing machines were relatively new and child labor was still legal. Most clothes were made to order domestically, and only a slice of the population owned enough garments to fill a small closet.

Fast-forward to the postwar consumer boom where strip malls became as common as tract housing, and shopping became as much of a national pastime as cruising around in a Chevrolet. The consumer culture cultivated in the 1950s established an economy based on mass production – at the time most consumer goods were made in America. That same ethos sparked a proliferation of malls, outlet stores and seasonal sales to encourage more consumption.

The postwar mentality of growth without limits was not met without dissent. As political and social movements developed in the late 1960s and 1970s – for civil rights and against the Vietnam War – a growing awareness of humans’ impact on the planet also gave rise: The first Earth Day was commemorated on April 22, 1970. While the modern environmental movement had its start well before that day, sustainable fashion sprouted from the seeds of the paisley patterns sewn onto patchwork bell-bottoms widespread during that period. 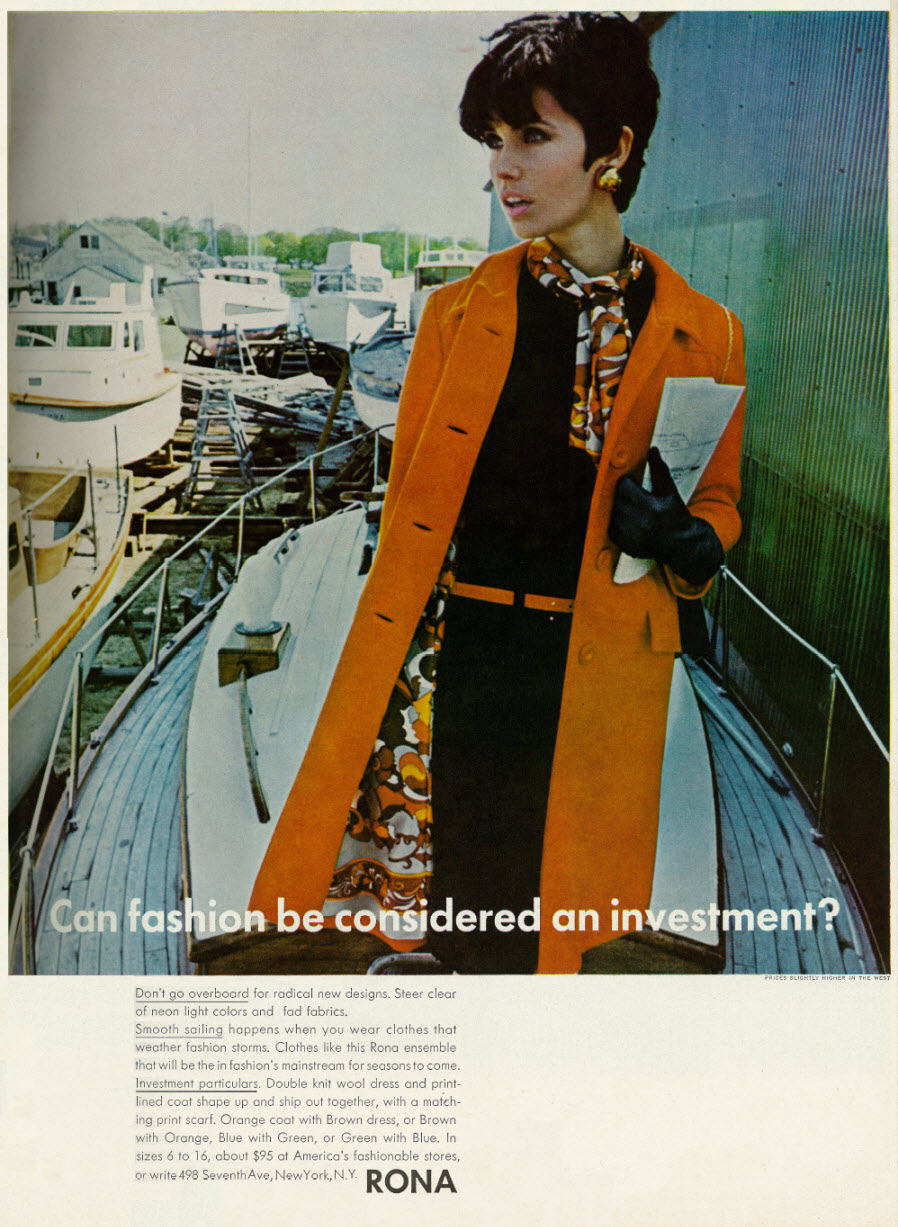 As eco-consciousness, the “do it yourself” (DIY) movement and consumer awareness of clothes’ potential second life emerged in the later part of the 20th century, consumerism swelled to unprecedented limits. During this time, the apparel industry experienced major shifts in production logistics, timelines and scale – much of which increased output and helped fuel shoppers’ mounting desire to fill their ever-growing closets.

One important shift occurred in 1973, when the U.S. and other countries signed an agreement that set up a quota system to limit the amount of textile and apparel imports from specific countries – intended to protect U.S. business interests. Instead, the agreement drove up domestic manufacturing costs. When the quota system was eliminated in 2005 and replaced by a World Trade Organization agreement, the floodgates to outsource manufacturing abroad were opened, and all bets to guard one of America’s homegrown industries were off.

“Moving production off-shore was the impetus for fashion becoming more global,” said Connie Ulasewicz, co-editor of "Sustainable Fashion: Why Now?" and associate professor at San Francisco State University. “Companies moved their manufacturing to places like Cambodia, Vietnam and Mongolia, where there are no minimum wage or age requirements or regulations on maximum hours worked. When this happened, people also lost contact with how and where their clothes were made.”

The movement to manufacture clothes abroad also led to a slew of controversies that prompted consumers to begin to question the origin of their garments.

The rise of conscious consumerism

In 1991 Nike came under fire for the low wages and poor working conditions at one of its Indonesian factories; consumer protests and boycotts, as well as heavy media attention, drove the company to make some serious changes to its supply chain. This and other tragic incidents (most recently the collapse of the Rana Plaza factory in Bangladesh) forced the industry to take stock and shape up.

Twenty-four years later, that same multinational athletic-wear giant is one of the world’s most sustainable companies. And while Nike and other apparel companies still compete to drive down costs and increase margins, they also now compete to boost their reputation as good corporate citizens – and win conscious consumers’ hearts, minds and pocket books.

Patagonia’s Responsible Economy campaign is one example of a brand continually demonstrating to consumers how sustainability is sewn into its corporate DNA. Other companies have cleverly innovated to raise consumer awareness of their part in a garment’s life cycle, such as Levi’s Care Tag for Our Planet and Water<Less, Waste<Less, and Wellthread collections.

Even big names like Gucci and Calvin Klein want in on the sustainability game, and mainstream labels like Stella McCartney and Puma are re-imagining what style can stand for (faux fur and environmental profit and loss accounting, anyone?). The trend towards sustainability in the fashion industry is clear.

Back to the future

Even as apparel companies propel sustainability innovation forward – designing sustainable fibers, launching chemicals management programs, enhancing product traceability and supply chain transparency, decreasing product packaging, and promoting textile recycling – the specter of fast fashion and its related environmental and social problems cannot be ignored. While the slow fashion and Made in the USA movements offer glimmers of hope for the industry, tough questions about our modern apparel system remain.

“Globalization allows us to not pay very much for clothes,” said Linda Welters, fashion professor at the University of Rhode Island. “If people buy at a deeply reduced priced, they have a throwaway mentality about clothes, and that’s the one major factor that’s a problem."

As more e-commerce sites pop up and make it easier to purchase outfits with the click of a button – and perhaps someday deliver our goods in an instant via drones – that throwaway mentality is the fashion industry’s Achilles heel. To thrive, global apparel brands will need to reinvent their business models, embrace the circular economy and creatively invite consumers to do away with throwing away. Considering that as much as two-thirds of a garment’s total environmental impact occurs in the consumer use phase (washing and drying), fashion brands must engage consumers in sustainability to truly move the needle.

The future of sustainable fashion will not rise out of a lower-priced T-shirt, the next 3-D printed creation or cool-looking wearable tech gadgets, it will come alive in how our fashion finds are made, how they’re used, and how they’re disposed of or reused -- cradle to cradle, from seamstress’ fingertips to consumers’ hands.

Nayelli is the Founder & CEO of CreatorsCircle, a resource hub that connects diverse youth with opportunities to create a life of purpose and impact. A trained journalist with an MBA, she also keeps the pulse on sustainable business and social impact trends and has covered these topics for a variety of publications over the past 15 years. She’s a systems thinker who loves to learn, share knowledge and help others connect the dots.