Progress to 2020: Tackling Resource Use From All Angles

A roadmap and a call to action

Now collaborating with more than 30 companies worldwide across a broad spectrum of industrial and corporate sectors, this unique partnership promotes business-smart best practices that others can follow.

This process has evolved since its inception. Through active participation from all stakeholders, Climate Savers, the Carbon Disclosure Project, and global businesses now have a framework to meet the challenge of capping global temperature rise to 2 degrees Celsius, what scientists say is a crucial red line.

The journey toward a low-carbon economy has been long, difficult and circuitous. We are now at an inflection point of bold transformation for business and future business leaders. To understand where we are now and what lies ahead, let's first briefly review where we've been.

The writing was on the wall back in 1999 and even a decade or more before then. Indeed, conservation was an issue of national concern in the United States by the turn of the 20th century and the presidency of Teddy Roosevelt. But it would take some time for the planetary scale of the impact of industrialization to take root.

With the release of the Brundtland Report in 1987, Our Common Future, the idea of sustainable development entered fully into global awareness. After nearly a half-century of astronomical growth, the human enterprise faced the possibility of limits.

By the time of the Brundtland Report, many sectors had made significant progress cleaning up their act. And many local issues of chronic pollution were being addressed through regulation, improved processes and increased resource efficiency. America had cleaner air and clearer water, our companies released fewer toxins per unit of production.

Whether pushed into it by regulation or pulled in by sincere corporate citizenship, business engagement drove real change with these issues. Fouling the local environment was increasingly uncool -- and bad for the bottom line. Responsible businesses took environmental issues seriously. They developed industry-wide best practices for pollution control, cleaning up rivers and lakes, and reducing vehicle emissions.

What Hansen and others described was at a scale almost beyond human perception. But it would only get worse, Hansen warned, and fixing it would require a collaborative human effort to match that scale.

As the '90s drew to a close, with the Kyoto Protocol adopted by the U.N. Framework Convention on Climate Change at COP3, the debate on climate policy and the economic cost-benefit of action was well underway.

Even as many businesses pushed back against the nascent call for climate action, business leaders knew that they’d have to address global warming, one way or another. But there was no set playbook on how to go about doing it.

Under the tutelage of Joe Romm and Rebecca Eaton, WWF moved to fill the gap by creating Climate Savers.

The first two companies to come onboard were Johnson & Johnson and IBM, soon followed by Nike and Polaroid. Leaders in their respective industries, these four companies agreed to work with Climate Savers to help develop internal emissions reduction and energy efficiency targets. 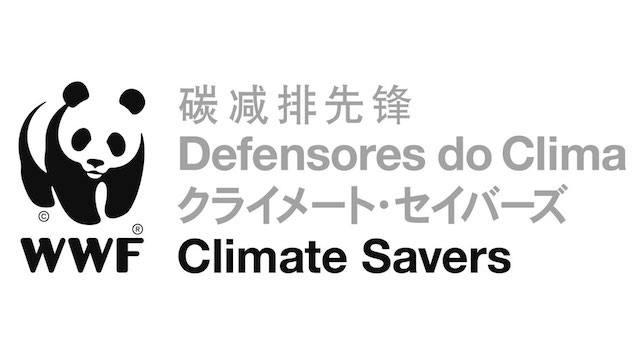 Leaders of the pack

Leverage is a central component of Climate Savers’ mission. Instead of a “shotgun” approach, Climate Savers works with “climate leaders,” allowing their example to inform and inspire their peers.

“We have tried to pick a winner in each sector that can set a new standard in that industry,” Matt Banks, program director for WWF Climate Savers, told TriplePundit. “Our goal has never been to partner with (a lot of) companies within each industry, just one or two within that sector."

“The idea is to create a best-in-class example and a climate change action plan that can motivate others in that industry.”

Through this leveraged approach, Climate Savers and its first partners laid the groundwork for establishing best practices that turn the theory of climate action into on-the-ground practice.

Experience teaches lessons. The cumulative experience informs the evolution of Climate Savers partners' best practices to the benefit of other companies looking to start their own journies.

"We are looking for companies that are on a journey and ready to take on this issue," Banks said, "regardless of whether their target is set or they need help setting it … Depending on where they are in the journey, we’ll work with the company to develop a good plan that others can model."

The 3 Percent report is built upon rigorous analysis by several of the world’s leading consulting firms, namely McKinsey & Co., Point380 and Deloitte LLP. It's the "roadmap," Banks explained, for a 2-degree pathway.

"If all of the non-utility part of the economy reduced at a rate of 3 percent per year," Banks said, "we would exceed what the science is calling for, deliver of 1 billion tons of emissions reductions, and save over $780 billion across the economy."

"In the beginning, all you had to do was work with us to set a target," Banks explained. "That target was based on what the company thought it could do. Since that time, we've learned a lot more about what the opportunities are around targets."

"There are a lot of common variables that allow companies to set science-based targets," Banks told us.

The rollout of the 3 Percent Solution motivated WWF to launch the Science Based Targets Initiative. In partnership with CDP, the World Resources Institute (WRI) and the U.N. Global Compact, the initiative defines a target as science-based if it is in line with the 2-degree pathway. The goal is to bring a "critical mass" by institutionalizing adoption of science-based targets across the economy.

"In order to (participate), you need a science-based target," Banks said, "and plan for responsible policy engagement," (or how you plan on becoming a "corporate magnifier").

Once a company joins Climate Savers, they focus on renewable energy, deforestation, net positive operations and supply chain efficiency. These six parameters are the main topics for annual review at each international Climate Savers Summit.

The road from the Brundtland Report to the 3 Percent Solution and science-based targets has been long and difficult. We have known for some time what we need to do. Through the hard work of many leading businesses, WWF Climate Savers, CDP and others, we now have the means to do it.

Nonetheless, depending on who you talk to, the chances of humanity "hitting the 2-degree target" range from fantastical to still doable, if barely.

The opportunity to lead

Here’s the rub, especially for businesses in the U.S. Until at least 2020, leadership on climate or energy policy from Washington is an open question at best. That could change. It's a fool's errand to try to predict the direction of U.S. policy over the next four years. What is clear is that now is the time for business to lead.

With each passing decade, the cost of climate action goes up, and the odds of avoiding the worst impact declines. 2020 looms a few short years away, marking another opportunity lost if we do nothing now. Business and consumers must set the agenda for reducing carbon emissions, producing more energy efficient products, and building the infrastructure for a 21st-century, low-carbon economy.

Not only is it doable, but it's also profitable.

“In the beginning, it was a lot of knocking on doors,” Banks recalled. Those days are gone. Climate Savers turns business leaders into climate heroes.

A 2015 article in the journal Nature argues that meeting the 2-degree target set forth in Paris is still doable, "but only with heroic efforts."

And who doesn't want to be a hero?

Editor's Note: This post was updated on Feb. 2, 2017, to clarify McKinsey & Co.'s participation in developing the 3 Percent Solution report.