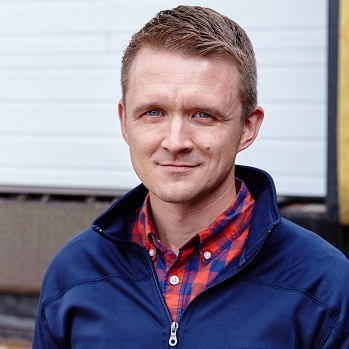 And just like that, the new corporate social responsibility is born.

When the concept of corporate social responsibility (CSR) began to gain traction among mainstream consumers more than a decade ago, corporate champions of the movement were heralded for developing programs primarily focused on enhancing the greater good, though often at the expense of the bottom line.  Over time, we have seen CSR leaders create programs that elegantly and strategically weave together business and social/environmental goals.

But over the past week, in the wake of President Donald Trump’s travel ban, we are witnessing a new chapter in the evolution of CSR that is being entirely driven by companies’ immediate interests in their most vital assets: their employees.

Most companies touting their corporate culture are quick to highlight nurturing, positive work environments for their employees.  But when the federal government threatens to prevent those employees from being able to report to work, corporate social responsibility suddenly hits home -- taking on an entirely new meaning that has forced many companies to act more urgently in the interests not only of society, but also their own bottom line.

On the front lines of this new corporate activism stands the tech industry: From Lyft to Google to literally hundreds of other companies, the tech world quickly proclaimed their disapproval for a policy that is not only rooted in religious discrimination, but also directly and deeply impacts these businesses’ ability to operate.

While CSR has historically been designed to help those outside the four walls of a corporation, suddenly these companies are being compelled to act because, if they stand on the sidelines, they will suffer the immediate and costly implications of losing some of their most valued employees.

One week ago, if you searched for large public companies advocating on behalf of refugees, one of the only names that would have surfaced is TripAdvisor, which commits millions each year to support global relief in disaster zones.

But today, seemingly overnight, we are seeing the CEOs of hundreds of companies stand in support of basic human rights, opposing religious discrimination, and collectively calling on the reversal of this executive order.  Starbucks, a longtime champion of conscious capitalism, has even gone so far as to commit to hiring 10,000 refugees.

Despite the negative consequences of Trump’s executive order, we should celebrate the fact that so many giants in the tech industry are suddenly staunch advocates for refugees and our nation’s immigrant population.  Not long ago, most CEOs opted to stay out of public political debate, usually so as not to upset or ostracize customers who may hold opposing views.  Today, as corporate America grapples with the very real possibility of losing some of its most talented employees, the line between corporate social responsibility and political activism is suddenly blurred, calling for our country’s primary employers to be more vocal and politically active than ever.

Certainly, nobody would consider Donald Trump a champion of corporate social responsibility, and yet his actions are unwittingly causing the most widespread and vocal mobilization of concerned corporate leaders perhaps in our nation’s history.

The unintended consequence of Trump’s executive order is the birth of a new era of corporate responsibility, where companies advocate for the well-being not just of underserved populations historically addressed in “traditional” CSR programs, but also of those very people who enable these companies to thrive.

So we thank you, President Trump.  With the stroke of a pen, you’ve roused the sleeping corporate giant -- and corporate social responsibility may never be the same.

Reed Bundy oversees global social impact, sustainability and employee experience for Mimecast, a global cybersecurity company based in Lexington, Massachusetts. Reed has spent the majority of his career building and scaling ESG and stakeholder engagement strategies for Boston-area companies and their employees. Prior to working at Mimecast, Reed oversaw corporate citizenship and employee engagement at Constant Contact and Suffolk Construction. Reed lives in Belmont, Massachusetts, with his wife and two daughters.

A Thanksgiving Message from TriplePundit

A Climate Change Message to Governments: Meet Today’s Needs and Build for Tomorrow

Sharp Turns Ahead: Here’s How to Navigate a Curvy ESG Landscape

What Is ESG? Everything You Need To Know About Environmental, Social, and Governance

Integrating Impact: How to Do Well by Doing Good

Make it Make Sense: Manufacturing a Recession When ‘No One Wants to Work Anymore’

Everything You Need to Know to Improve Your ESG Communication Strategy

Let Them Eat Meat — Bill Gates Doubles Down Against Degrowth

Climate Finance Will Be a Key Directive at COP27, But Human Rights Controversies Linger