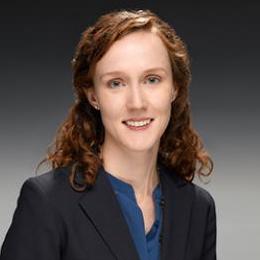 3 Reasons Why Companies Should Make Air Pollution a Top Priority

Leaders from nearly every country attended the World Health Organization’s (WHO) inaugural Global Conference on Air Pollution and Health in Geneva last week, along with academics and nongovernmental organizations, but there were no corporate leaders in attendance. The absence of companies suggests that air pollution isn’t front and center on business leaders’ radars. Here are three reasons why it should be.

1. Air pollution is bad for business.


The WHO director general went as far as to suggest that air pollution is “the new tobacco.” But it’s not just our health that suffers: air pollution costs the global economy $225 billion each year in lost labor income. Pollution and traffic congestion can disrupt daily business operations, while a recent study showed that “poor outdoor air quality is likely to have a negative impact on your job performance, even if you work indoors at a desk.”

Poor air quality poses a risk to employee health, too, which can lead to more sick days—air pollution in central London, for example, has been shown to cause the equivalent of over 650,000 sick days each year.

Furthermore, cities that have severe air pollution problems will increasingly be seen as less desirable places to work and live, thereby negatively impacting talent recruitment. A survey released by Bain & Co. and the American Chamber of Commerce in China found that 53 percent of American firms operating in Chinese cities have experienced difficulty in recruiting senior talent, with the majority blaming air pollution.

2. Transparency, tech and data will soon tie air pollution back to brands.


The big, scary numbers I outlined above are easily dismissed as someone else’s problem. But nearly every business contributes to air pollution via operations and supply chains. Common sources include the emissions from burning fuels used to heat buildings, emissions from cooking, and harmful gases released via distribution and delivery vehicles.

Local hotspots can already be detected using these technological advancements, and soon the health and economic impacts from air pollution will be traced to fleets and specific locations.

This means taking action now to better understand a company’s air pollution footprint can give that business a competitive edge in accelerating solutions (we need to measure before we can manage). The good news is that hyperlocal air pollution insights already being collected in places like Oakland, Houston and London can have myriad benefits. For example, block-to-block information on air quality could inform where electric vehicles would provide the greatest return on investment for health and the climate.


Many business leaders have made commitments to prevent climate catastrophe and set clear science-based emissions reduction targets—all of which is especially important in light of last month’s IPCC report findings.

A common problem I hear from businesses that have set climate targets is that many find it hard to know exactly what to do once the ink dries on a commitment. They're often left wondering how to secure resources and people for action, and how to show impact—especially after the low-hanging fruit such as energy efficiency in company-owned facilities is picked.

Seeing as many sources that contribute to climate change are also sources of air pollution (transportation, building operations, etc.), targeting health and climate co-benefits together is a way to set priorities, build support and momentum, and demonstrate impact faster. Investing in solutions to address air pollution would also help the climate—and who in business doesn’t love a two-for-one deal?

Aileen Nowlan leads EDF’s work to identify, accelerate, and scale transformative environmental technologies. Aileen began with an innovative collaboration to minimize methane emissions from the oil and natural gas industry through continuous detection of leaks. This collaboration dramatically accelerated the pace and improved the quality of deployed solutions. Aileen is applying this successful model to air pollution, chemicals exposure, and other health and environmental challenges.