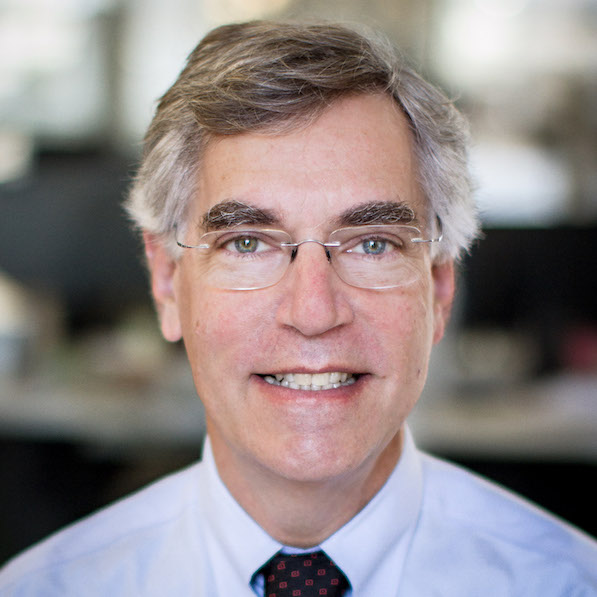 Climate change was on ballots across America last week. The results were mixed but leave room for increased climate action in the next two years and beyond.

States, cities and the private sector have carried the mantle of U.S. climate leadership since President Donald Trump’s 2017 announcement that he intends to withdraw from the Paris Agreement. Important wins by climate champions in the mid-term elections will expand the map of states committed to clean energy. Several ballot initiatives also asked voters to directly decide significant climate and clean-energy policy questions, with mixed results. And the change of leadership in the U.S. House of Representatives brings new opportunities to shape federal policy.

Ten newly-elected governors ran on platforms that included clean energy and climate action, and a total of 23 governors in states with 40 percent of the nation’s greenhouse gas emissions are poised to take steps to reduce their emissions.

Against this political backdrop, here are five major U.S. climate stories to watch in the coming year.

1. What's the role of a new Congress?

Divided government, with a Democratic House and a Republican Senate, means bipartisan agreement will be needed to pass appropriations bills each year. This will give the new House leadership substantial leverage to fund climate measures, such as expanding research and development of carbon dioxide removal technologies and fulfilling the nation’s pledge to the Green Climate Fund. Climate champions may be able to block funding for administration efforts to roll back environmental protections, such as clean car standards established in 2012, while offering ambitious new climate proposals that could shape the terms of debate leading into the U.S. presidential race in 2020.

There may also be opportunities to enact targeted policies with broad bipartisan appeal, such as extending tax credits for electric vehicles, fostering carbon-free electricity generation sources and moving forward on energy storage. But this would require the House, Senate and the president to agree. Their willingness to do so depends on the pressure they feel from their constituents and remains to be seen.


The Climate Solutions Caucus will see its Republican membership cut roughly in half, down from 45 to 22 at this writing, with a couple races still too close to call. Twelve of the remaining members made their presence felt last year when they helped ensure that a Pentagon study on the national security implications of climate change went forward.

Florida Republican Carlos Curbelo, who co-chaired the caucus and promoted a carbon pricing bill, lost his re-election bid to the House, leaving Congress without one of its strongest and most visible GOP climate action advocates. However, Republican Representatives Brian Fitzpatrick of Pennsylvania and Francis Rooney of Florida both won re-election, showing that Republicans who support a carbon tax can win in moderate and bright red districts. Fitzpatrick has vowed to “push [the bill] as hard as ever.”

It remains to be seen whether more representatives will join the caucus, and whether interest in climate change will translate into more votes in support of climate action. As voters better understand the links between a warming climate and damaging weather events, climate inaction in impact-prone areas could become politically untenable. In Curbelo's district in the low-lying Florida Keys, both parties traded barbs about aligning with fossil fuel interests at the expense of the climate. Is this a sign of things to come?

3. Will support for carbon pricing grow?


For the second election cycle in a row, Washington state voters rejected a carbon tax. This year’s version would have levied a fee of $15 per ton of emitted carbon dioxide starting in 2020 and increasing by $2 per year until the state’s climate goals were met. It received support from a broad coalition of environmental and labor organizations, but was opposed by a $31 million campaign led by the oil industry.

In the next year, New Jersey and Virginia are expected to advance regulations to join the regional carbon pricing program RGGI in New England and the Mid-Atlantic states. Meanwhile, Oregon appears poised to adopt an economy-wide cap-and-trade program after efforts to pass a bill stalled in the 2018 legislative session. Voters re-elected Gov. Kate Brown and handed her supermajorities in both chambers of the state legislature. As a result, the overdue U.S. expansion of the Western Climate Initiative may finally be set in motion.

With new climate champions moving into governor's mansions across the country, how far and how fast will carbon pricing expand in the next two years, and will states be more inclined to join RGGI or the Western Climate Initiative?

4. What states will be next to adopt new ambitious renewable- or clean-energy standards?


Falling renewable energy prices have spurred a recent surge in the development of renewable power and a strengthening of numerous state renewable energy mandates. California and Hawaii set the most ambitious targets, requiring 100 percent of electricity to come from zero-carbon sources by 2045. New York and New Jersey aren’t far behind, requiring that 50 percent of electricity come from clean-energy sources by 2030. Nevada passed a ballot measure that also sets a target of 50 percent by 2030; to go into effect, the initiative must be reaffirmed in 2020 or passed by the legislature. A similar ballot initiative was defeated in Arizona, in the face of strong opposition from the state’s largest utility.

Newly-elected governors could further expand the adoption of renewable energy. Governors-elect in Michigan, Illinois, Wisconsin, Maine and Connecticut pledged to put their states on track to reach 100 percent clean energy by 2050, while Colorado’s Governor-elect Jared Polis is targeting 2040. And a trio of incoming governors in New Mexico, Minnesota and Nevada promised to support mandates for 50 percent renewable energy by 2030.

In a handful of these states, legislatures that previously saw renewable energy legislation stymied by gubernatorial vetoes could have a better chance of getting laws enacted. In her election-night speech, New Mexico Governor-elect Lujan Grisham declared that the third-highest oil-producing state will “be known as the clean-energy state of America.” She may face stiff competition from her class of fellow incoming governors.

With polling data showing that every state in the nation has a majority of residents who support setting clean-energy requirements, will these types of pledges become more popular across political parties?

5. Where does the transportation sector go from here?


Transportation accounts for about a third of the nation’s greenhouse gas emissions. The Barack Obama administration set standards to roughly double fuel economy and halve the GHG emissions rate of passenger vehicles. EPA analysis showed that these standards not only reduced GHG emissions, but also saved families money at the pump and drove down the full cost of vehicle ownership. The Donald Trump administration, however, has proposed severe rollbacks on the basis of what appears to be a shockingly error-ridden assessment.

The Clean Air Act allows states to opt out of the federal standards in favor of more protective standards set by the state of California. To date, 12 other states and Washington, D.C. have done so. However, the Trump administration is attempting to revoke California’s authority to set greenhouse gas standards for vehicles. The courts could ultimately decide whether the administration’s move is legal. In the meantime, more states could adopt the California emissions standards as well as their zero-emission vehicle (ZEV) program.

The ZEV program could be the key to unlocking much deeper emissions reductions from the sector. Electric vehicles appear poised to take off, with monthly sales doubling in the past year. States will have a lot to say about whether this trend continues through their decisions on the ZEV program, their investments in charging infrastructure and approach to tax credits for zero-emitting vehicles.

More states could adopt a carbon price for transportation fuels, including a cap-and-invest initiative being considered under the Transportation Climate Initiative and which was endorsed by reelected Governor Charlie Baker in Massachusetts. Or it could take the form of a low-carbon fuel standard such as is in place in California.

Will Congress extend the federal tax credits for electric vehicle purchasers and will states pick up the slack on vehicle standards?

Previously published on the WRI Blog.

Co-author Nicholas Bianco is the Acting Deputy Director for WRI United States. He previously served as the Director of Regulatory Analysis and Strategic Partnerships at the Environmental Defense Fund. In that role, he oversaw the analytical research conducted in support of the domestic climate and air regulatory team.

Co-author Tyler Clevenger is a Research Assistant for the U.S. Climate Initiative. He works with members of the U.S. Climate Initiative to design and implement our strategic outreach plan. He helps broaden our U.S. engagement by reaching out to policymakers, businesses, and other organizations. Tyler also works on strategic development for WRI U.S., researching external peer groups and scanning internal WRI work conducted on U.S. issues.

Dan Lashof is the Director of World Resources Institute, United States. He coordinates WRI’s work in the United States across climate, energy, food, forests, water and the sustainable cities programs. This includes overseeing the work of the U.S. climate team, which aims to catalyze and support climate action by states, cities, and businesses while laying the groundwork for federal action in the coming years.