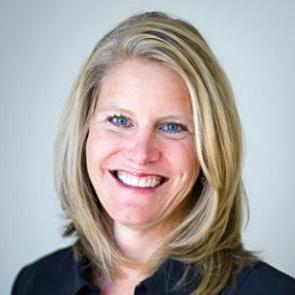 5 Ways Companies Can Act on the Latest Dire Climate Warnings

Oh what a last few weeks it’s been!

Trying to turn away from the political polarization and fracturing civility in this country, I looked elsewhere in the news and found something even worse…dire warnings for our planet.

Two reports in the news last week ring the alarm bell on climate change. The first report is from the Intergovernmental Panel on Climate Change (IPCC), written and edited by 91 scientists from 40 countries. As the New York Times reports, it “describes a world of worsening food shortages and wildfires, and a mass die-off of coral reefs as soon as 2040 — a period well within the lifetime of much of the global population.”

A second report out last week by the International Energy Agency (IEA) showed that a dramatic increase in greenhouse gas emissions from the petrochemical industry – which includes companies that make fertilizer, plastic and pharmaceuticals – threatens to erode climate benefits from reductions in other sectors. The main driver of the petrochemical industry’s growing climate footprint will be plastics. Petrochemicals are set to account for over a third of the growth in oil demand to 2030, and nearly half to 2050, even ahead of trucks, airplanes and shipping.

So, the news from the past week shows me that not only do we have to worry about the 18 billion pounds of plastic that end up in the ocean every year harming marine life; we have to deal with the massive climate impact that the exploding production of plastics will cause. And, according to scientists who authored the IPCC, “avoiding the damage requires transforming the world economy at a speed and scale that has ‘no documented historic precedent.’”

This news is frankly depressing and overwhelming.  But I’m here to tell you that we can do it. We have to do it. What makes me feel optimistic is that we at EDF+Business know the path forward for companies, which are going to be key to solving this challenge. We’ve been walking this road for over 25 years now, ever since we created the model of environmentalists working with business, when we first partnered with McDonald’s to reduce packaging waste.

Why are companies needed? It’s simple and it’s never been more apparent. Our federal government has stepped backwards on this existential issue of our time. Since the U.S. is the world’s largest economy and second-largest greenhouse gas emitter behind China, U.S. companies have an opportunity – and a need to – fill this large gap. Companies must lead the way, and they must lead now.

The good news for companies is that doing good for the environment creates business value, whether it’s cost savings, risk reduction, new product innovation, or employee and customer engagement. As Kevin Rabinovitch, global vice president of sustainability at Mars Inc. said to a reporter this week, “You can’t run a successful business in a failing economy or a failing environment.” We fully agree with Kevin.

Here’s how companies can step up:

Now, it’s time to take action and get started. We can’t wait any longer.

Elizabeth Sturcken is Managing Director at EDF+Business, which develops and implements joint projects with leading companies to create environmental change.