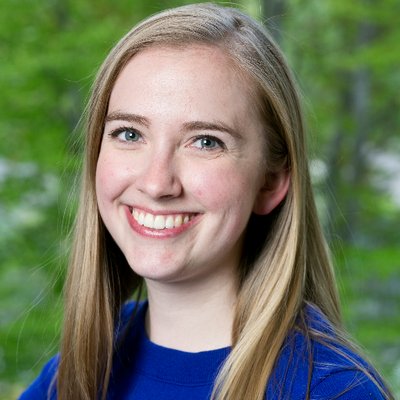 Bolsonaro, Brazil and Why Your Company Should Care

On the evening of Sunday, October 28th, Brazilian citizens solidified the decision that Jair Bolsonaro will be the country’s next president. Often called “tropical Trump,” Bolsonaro’s stated agenda has massive implications: during his campaign, he promised to withdraw from the Paris Agreement, shut down the Ministry of Environment and open up the protected indigenous lands to mining and industrial agriculture. In the week before the election, he walked back on some of these statements, but the overall sentiment doesn’t bode well for our climate—or for your company.

As someone whose professional goal is to promote forests as a valuable part of the climate solution, I am incredibly disheartened by this news. But I also know that when policymakers cut back, companies can be a powerful force for environmental protection.

So if mitigating forest loss is part of your company’s sustainability goals, here’s what you need to know.

Hundreds of companies have supply chain deforestation commitments, often with 2020 deadlines. Brazil ranks second in the world for soy and beef production, so many of these companies’ supply chains touch Brazilian agriculture. Unfortunately, one estimate indicated that Bolsonaro’s agenda will nearly triple deforestation rates across the country, undermining corporate efforts to improve.

In one sustainable beef intensification project in Mato Grosso, ranchers increased gross profit margin six-fold after implementing improved management practices, all while saving an estimated four hectares of forests for each hectare of pasture intensified. Scaling these types of practices is possible, and it drives value for everyone—producers increase profits, the state prospers from economic growth, and companies are able to meet their deforestation targets.

Corporate engagement in state-based jurisdictional approaches are even more crucial if Bolsonaro cuts back at the federal level.

EDF has long supported the idea that jurisdictional approaches can drive massive reductions in deforestation, and this still holds true with a Bolsonaro presidency. One state-based strategy, the Mato Grosso Produce, Conserve, Include initiative, could increase GDP by $1.3 billion annually while avoiding over 6 gigatons of GHG emissions by 2030. Corporate engagement in jurisdictional approaches sends a powerful market signal: the private sector is looking to invest in places with strong environmental policies.

No matter what Bolsonaro’s environmental agenda turns out to be, smart business leaders make decisions based on long-term economic goals, not short-term political news. In times of political turmoil, companies have a critical opportunity to show that commitment to climate and nature remains steadfast. Increasingly, customers and shareholders are well aware of the fact that thriving business and a thriving environment are not mutually exclusive.

Katie leads EDF’s work to catalyze corporations to reduce deforestation associated with the production of food and agricultural products. She also engages companies to improve water quality and climate outcomes from U.S. agriculture. Katie works closely with corporate partners to help them set and meet sustainability goals that benefit the environment, businesses, and farmers.

Women Smallholder Farmers Are Not Getting Their Fair Share

At First Ever U.N. Food Systems Summit, Many Left the Table Hungry for More Substantive Change

Is the Tide Turning on Corporate Climate Lobbying?

She Quit Her PR Career at 25 and Moved to Spain, and Her Book Helps Us Understand the Great Resignation

Why Emergency Preparedness Plans Are Crucial for Businesses Amidst the Pandemic

Chocolate Company Beyond Good Lives Up to Its Name

Why the White House Banned Tesla From Its Big EV Announcement

Words Matter: A Quick Guide on Making ESG Resonate with Your Employees