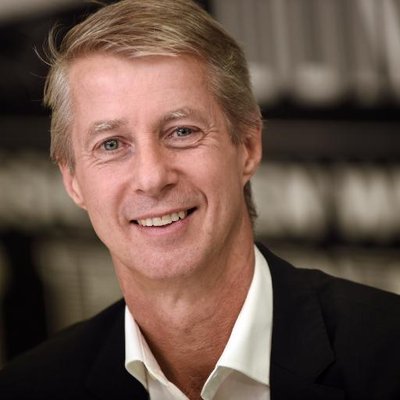 Digital and the Sustainable Development Goals: An Urgent Call to the World’s Donor Countries

In a meeting last month co-hosted by the OECD’s Development Assistance Committee (DAC) and the GSMA, it was revealed that only half of the world’s 30 major donor aid agencies have a public Digital for Development (D4D) strategy to integrate digital technologies into their development policies.

This is an extraordinary finding, given the world that we live in. The rapid spread of digital technologies, and mobile in particular, has been a phenomenal success story. Today, over 5 billion people on the planet have a mobile subscription, with 3.7 billion subscribers living in low- and middle-income countries.

Mobile technology provides core digital infrastructure around the world. In the agricultural sector, mobile provides information and access to markets—enabling farmers to increase their crop yields, reduce pesticide use and increase family income. Mobile technologies, including the Internet of Things, are enabling increased access to safe water, sanitation and energy. And mobile money is offering a transformative digital solution for the world's financially excluded; at the end of 2017, there were 690 million registered mobile money accounts worldwide, and mobile money providers are now processing over $1 billion a day.

Through the Sustainable Development Goals (SDGs), the world has made an ambitious commitment to eradicate extreme poverty by 2030. While digitalization and mobile technology are not explicit targets within the SDGs, mobile connectivity and the services it enables hold great potential to accelerate all 17 goals. Indeed, the mobile industry was the first sector as a whole to commit to the SDGs.

That digital is an essential accelerator and delivery mechanism for the SDGs was reinforced when United Nations Secretary-General António Guterres created the High-Level Panel for Digital Cooperation in July of this year. Chaired by Melinda Gates, co-chair of the Bill & Melinda Gates Foundation, and Jack Ma, executive chairman of Alibaba Group, the Panel underscores that the scale, spread and speed of change brought about by digital technology is unprecedented—and, perhaps more importantly, that the current means and levels of international cooperation are unequal to the challenge.

We see several immediate opportunities. First, digital solutions can significantly improve the effectiveness and efficiency of existing development programming. Secondly, it is critical that we increase digital inclusion by ensuring that underserved populations can make best use of available technology, in particular women, older people, those with disabilities and rural populations. Finally, we need to build stronger partnerships between the technology industry and the development community to bring digital inclusion to the fore.

Advancing the SDGs requires governments to recognize that mobile connectivity and innovative digital technologies offer the promise of social and economic progress for millions of people at a speed unimaginable without mobile networks.

As 2030 approaches, there is an ever-pressing need for the world’s major donor countries to adopt digital strategies, to boost impact on each individual reached and drive scale to reach all those most in need, across their collective annual spend of nearly US$150 billion for official development assistance. We are already witnessing leading examples of bold ambition in development cooperation with the transformative use of mobile technologies—but to deliver the SDGs, we must all work together to ensure that this transformation becomes reality.

Co-author Charlotte Petri Gornitzka was elected as Chair of the Development Assistance Committee (DAC) in 2016 to lead reform efforts of the DAC to support members in delivering on the SDGs. Prior to this, she served as Director-General of the Swedish International Development Co-operation Agency (SIDA) between 2010 and 2016 where she reaffirmed Sweden’s role as leader in development co-operation and spearheaded the implementation of innovative models to stimulate private sector engagement in development activities. She was recently appointed Deputy Executive Director at UNICEF. You can follow her on Twitter @CharlottePetriG.

Mats Granryd is Director General of the GSMA and a Member of its Board. In this role, he leads the GSMA in supporting its global membership through a range of industry programmes, advocacy initiatives and industry-convening events. Mats is a strong proponent of sustainability and led the mobile industry in becoming the first sector to broadly commit to the United Nations Sustainable Development Goals (SDGs) in 2016.