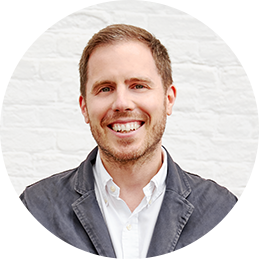 Taking a Stand in Controversy: Should Brands Just Do It?

Former San Francisco 49ers quarterback Colin Kaepernick famously ‘took a knee’ during the US national anthem and flying of the flag before an NFL game in 2016 to protest against racism. Some people objected to what they saw as unpatriotic behavior, while others applauded, and followed, his protest.

Kaepernick said at the time ‘this is bigger than football’ and Nike’s decision to use him in the 30th anniversary celebrations of its ‘Just Do it’ campaign has had a similarly divisive affect on Americans. Since its launch, the #NikeBoycott hashtag is trending on Twitter with people sharing images of themselves destroying Nike products and others ridiculing such actions. However, online Nike sales are up 31 percent (1).

But does Nike, a sportswear brand, have a right to take a stand on racial injustice? Yes. Brands can and should be more political. They have huge influence, and thus an enormous opportunity to behave in a way that affects positive change. It’s a very difficult thing to do for large organizations, but making a choice about what they think is right and wrong is refreshing. What Nike is doing is picking a side. This is great. It’s also highly ambitious and is exactly the type of thing that brands should be doing more of for two reasons. Firstly, making a stand can help brands capture the attention of distracted consumers. But secondly, it’s also important in, and of itself, to make a stand on issues that matter.

Brands, especially huge global ones such as Nike, have immense influence in today’s society. Although their raison d’être may be as a commercial entity, their position within our culture means they have the ability to steer global conversations and the power to sway opinion. Consumers also want brands to get involved. Sprout Social recently polled 1,000 Americans to ask them about this and 66 percent said that it is ‘important for brands to take public stands on social and political issues.’ (2)

Also, according to Edelman, half of the world’s population are making belief-led buying decisions, particularly in developing countries like China and India. ‘Consumers are putting their personal convictions front and centre. From the grocery aisle to the car dealership, they’re buying on belief. Willing or not, brands of all kinds and sizes are now navigating this new reality. And in a lightning-quick digital world, the rewards and risks are equally high.’ (3)

The critical thing about why this works for Nike - and a watchword for all purpose-led activity - is that it is relevant, and credible for its fans and substantiated by the way the brand behaves and operates. Nike has picked an issue that is important for its audience and, with a long heritage of using sportspeople and celebrities as brand ambassadors from a variety of backgrounds, it has the right to make a stand.  When Tiger Woods, for example, turned professional, Nike launched the ‘Hello World’ campaign, in which Woods discussed racial discrimination in golf. The type of campaign which brands can authentically take their stand on will, and should, look very different because they must be a reflection of a brand’s unique heritage and the priorities of their specific audience.

What’s interesting and different about Nike’s campaign is that it is adopting an individual’s cause, initiative and agenda, which is risky. It is risky because Nike is a brand, not a person. It has brand values, it has brand ethics, but can a corporate entity have morals, sentiment, and human experience? Brands that attempt to hold a mirror up to a sub-culture or movement are in danger of seeming inauthentic.

That said, Kaepernick is a Nike athlete, someone that the brand has invested in and publicized for years. Building on the back of an individual’s popularity, appeal and opinion is also something brands do overtly - or in more subtle ways - every single day. Would George Clooney be such a great brand ambassador for Nespresso if he didn’t have values that the brand’s audience aligned with, as well as making the product feel more desirable through his own desirability?

In Kaepernick’s case, as an individual reflection of the brand’s values, Nike has always advocated the idea of commitment, pride, passion, taking a risk and following a path that is true to who you are. It has championed athletes, and often the specific challenges that they have faced in their careers as individuals, and through that connected to different audiences. This is contemporary brand marketing.

But there are still risks with corporate activism, even for a brand like Nike. This is where all the moving parts come into play to create a little genius. Nike is a brand that works strategically: it knows and understands the rules but is also prepared to go out on a limb a little, which it can only do because it stands firmly behind the principles at stake. It takes its own medicine.

Tomorrow, in the second part of our discussion on the Kaepernick Just Do it campaign, Ben Hayman explains in more detail just how much risk Nike took on and it managed this risk strategically.

Ben Hayman is Managing Partner of Given, a brand purpose agency that seeks to help businesses grow by doing good: www.givenlondon.com