Editor's Note: This story is part of an editorial series featuring companies on CR Magazine's 20th annual 100 Best Corporate Citizens ranking, which recognizes outstanding environmental, social, and governance (ESG) disclosure and performance among the Russell 1,000 Index. You can follow the series here.

Adobe’s 2018 Corporate Social Responsibility Report just dropped, revealing new information about its efforts to build talent in technology and creative fields. As the tech sector—and the U.S. economy overall—face increasing talent shortages, efforts such as these are all the more crucial for companies like Adobe. And early investments in this area are already paying off for the Silicon Valley software firm.

The Adobe Creativity Scholarships program has now supported an impressive 137 students from more than 25 countries, covering the costs of tuition for students pursuing a degree in the arts or inspiring positive change via creativity.

Even more promising is the Adobe Digital Academy, which launched in 2016 and is a unique take on the tech talent pipeline that’s showing positive results already. The program is separated into three parts:

Of the 47 internships completed thus far, 25 have resulted in full-time positions at Adobe, Michelle Crozier, the company’s director of brand purpose and social impact, told TriplePundit. 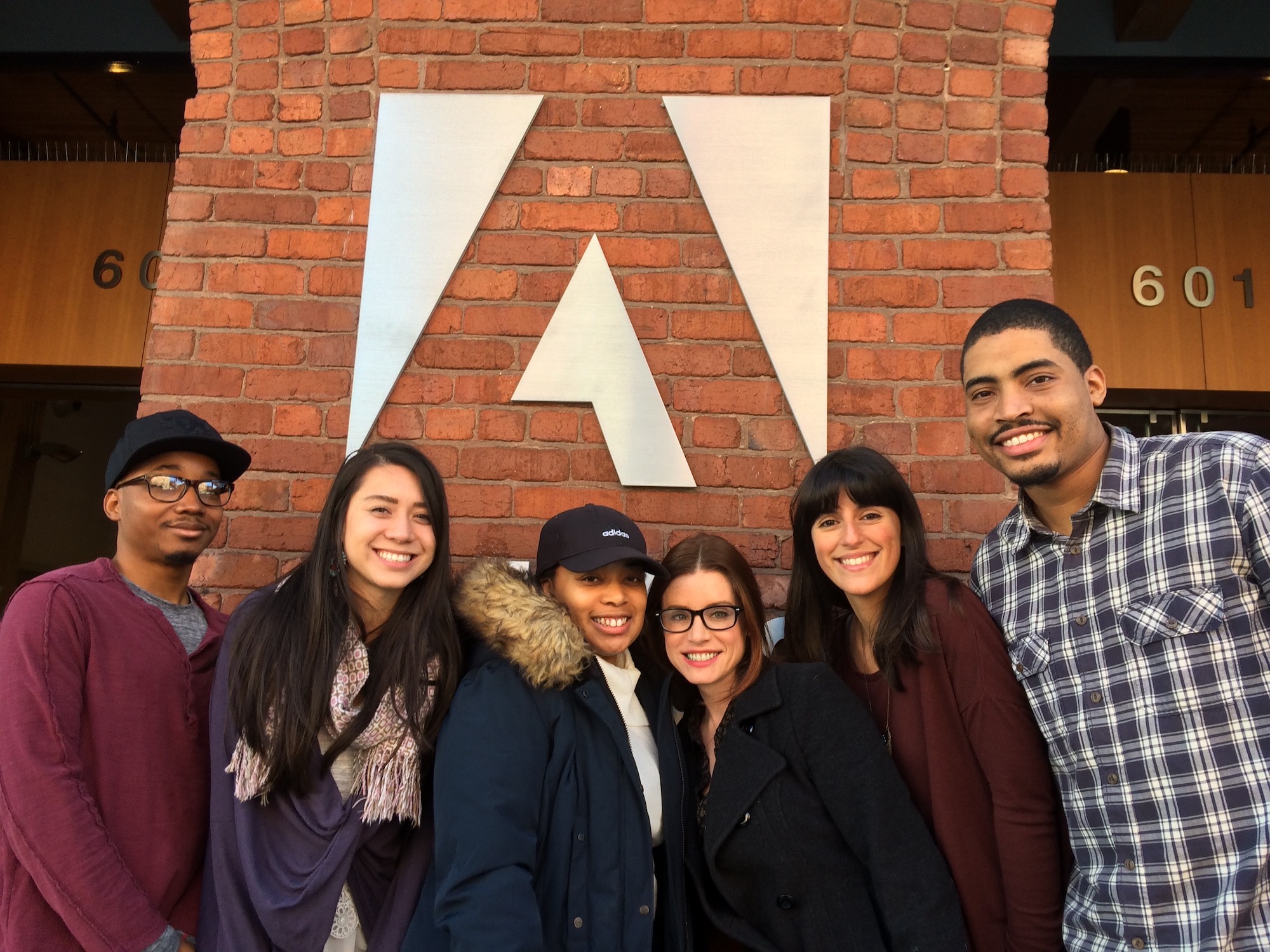 Coding bootcamps are a common phenomenon these days, and it’s not unusual for tech companies to sponsor one or even create their own to ensure a steady drip of new talent. Tech bootcamps regularly churn out competent developers to feed the insatiable demand of the growing tech industry.

What makes Adobe’s program so exceptional is that it flips the bootcamp paradigm on its head. Many comparable programs cost money, up to tens of thousands of dollars, for a similar education. The Academy actually pays the students a modest stipend to support them during their rigorous studies so they can focus fully on learning the material without having to hold a part-time job.

In fact, it would be more apt to compare the Adobe Digital Academy to an accelerator than a bootcamp. Not only do students receive funding, but there’s also a robust support network to help them succeed in the program and prepare them for a job in the technology field. They have access to individual mentors, job experience with immediate feedback, and a group of dedicated peers and alumni.

The secret ingredient, however, isn’t the money or the resources. It’s the people.

The Adobe Digital Academy specifically seeks out nontraditional applicants: people from outside the technology field, who are willing to quit their jobs and risk it all in an industry with which they have little to no experience. Many of them are from demographics underrepresented in tech and demonstrate economic need.

Crozier spoke on their potential. “There was a significant amount of skepticism that these candidates could qualify even for an internship, much less a job, with no previous tech training” she told us. “But we've been blown away by the caliber and the capability of these individuals.”

These candidates are already driven and passionate about the opportunity to learn, grow and form successful careers. Adobe partners with several nonprofit organizations, such as Digital Nest and Hack the Hood, to expand its reach and seek out individuals with the potential to thrive in the program.

The Adobe Digital Academy is yet another example illustrating that diversity is a strong contributor to company growth and especially profit. Instead of treating it as a box for HR to tick off, successful companies are actively investing in diversity—such as Adobe including people from different industries and professional backgrounds. These sorts of initiatives create an influx of new ideas, innovations and tactics which directly impact the bottom line.

As Adobe continues to succeed in building talent from nontraditional sources, other companies’ ears are perking up. “Every day, we get a call from a company that wants to know how we did it,” Crozier told us.

Programs like this one are a win-win for everyone involved. Let’s hope it continues to inspire positive change across the industry.

Patrick Grubbs is an environmental writer with a keen interest in the interactions between people and ecosystems. Past work includes projects to integrate permaculture into architecture, community education of urban agriculture, and published research in aquatic ecology. He is currently based in Philadelphia, but spends most of his time traveling abroad.

Hasbro Marks a Year of Old Toys Getting New Lives

CVS Quit Cigarettes So Americans Would Too—And It Worked

Delta Does (and Does Not) Ditch Plastic; Why It’s All Good

GM Keeps Boosting the Energy Efficiency of Its Buildings

How Hewlett Packard Enterprise Stands Out on Sustainability

Diversity in the Workplace: Women in Leadership