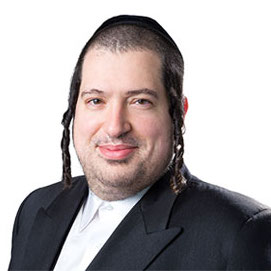 This Amazon-Led Alliance is Out to Revolutionize Healthcare

In January 2018, the world’s richest man entered into an alliance with the CEOs of the world's third-largest public company and the United States’ largest bank.

Their sights were set on healthcare, and remain so.

Amazon’s Jeff Bezos (net worth: $128.1 billion, as of 2018), Berkshire Hathaway’s Warren Buffett and JPMorgan Chase’s Jamie Dimon—the respective parties in question—announced a goal to lower healthcare costs for their U.S.-based employees, some 1.2 million in number.

The alliance, which also declared itself “free from profit-making incentives and constraints,” is expected to present solutions that are technology-centered—no surprise, considering Amazon’s presence in this pact. And in the process, it could very well disrupt the entire industry.

The alliance’s challenge is considerable. Healthcare costs, in Buffett’s words, amount to “a hungry tapeworm on the American economy,” consuming some 18 percent of the GDP. That’s up from 5 percent in 1960, and over the last 30 years, the costs have climbed faster than inflation.

The crunch has been felt most severely since the turn of the century. Insurance premiums increased twice as fast as wages between 2007 and 2012, and they rose 19 percent over the following five years, while wages went up just 12 percent.

And as much as employers and the rank and file are feeling the pinch, so too are healthcare providers, such as the skilled nursing facilities which are part of The Allure Group. Our mission continues to be to provide top-notch care at an affordable price, an increasingly difficult thing to do given the ever-increasing number of seniors, the staffing challenges that result from that and the proliferation of chronic diseases.

Our solution, which is in line with the Amazon-led coalition, is tech. In July 2017, we became the first and only skilled nursing facility in Brooklyn to implement EarlySense, a remote monitoring system that tracks patients’ vital signs and movements. And in the first six months, there was a correlation with the results that had been seen elsewhere: a 45 percent reduction in patient falls, a 60 percent reduction in bedsores and an 80 percent reduction in code-blue events. We also make use of robotics, notably to aid patients in their recovery from heart attacks or strokes, and use electronic medical records.

It is unclear exactly how the Amazon-led alliance will proceed on the tech front, seeing as its most significant move to date was naming Dr. Atul Gawande, a well renowned surgeon, writer and public health innovator, as its CEO in July 2018.

It has been theorized, however, that any coalition that includes a company like Amazon will follow a business model much like the one Bezos and his team already have in place—one that affords every customer access to each of his or her transactions, makes recommendations based on those transactions, offers transparency about price options, posts reviews from other authors and customers, and goes to great lengths to keep customers happy. (And is successful in doing so, having finished atop the American Customer Satisfaction Index for 16 of 17 years, through 2017.)

This said, we beg to ask: Can the Amazon-led alliance commoditize healthcare services with pricing transparency and equilibrium while standardizing care quality across its network?  Can it provide all consumers with the same access to the right care at the right time? Can it deliver continuity of care across the continuum of health services for all consumers personalized to their individual needs?  How will it reach the unreachable—consumers who are not on the electronic map?

Will all docs deliver the same quality of care?

Unlike inanimate products which often are produced by suppliers in keeping with standards like ISO, healthcare services are only as good as the doctors and medical facilities that deliver them, meaning variations in care quality and healthcare cost will be aplenty.

To date, the majority of Americans are insured by a commercial or government-sponsored health plan. It is the plans’ responsibility to contract with and credential providers of medicine—verifying, and assessing the qualifications of a practitioner to provide care or services in or for a healthcare organization.

How the alliance approach this requirement will be key to enabling greater access to health services, care cost and care quality for all consumers, as provider changes happen routinely and are often not communicated and updated in a timely manner, impacting consumer’s access to care, quality and cost.

Re-shaping the healthcare behaviors of consumers

Given what the alliance already knows about every American through the reach of their products, it’s not inconceivable to believe that it already knows the diagnoses, conditions and healthcare needs of many Americans.

For this reason, we can expect a major healthcare paradigm shift in the coming years. Amazon alone has already reprogrammed how we buy everything we need or want.  Bezos cultivated and waited patiently for Amazon to take root in the fabric of American life—operating at losses for more than 14 years—and it's now the most valuable and profitable company in the world.

It is possible that the alliance has already started the work of silently laying the foundation to reprogram consumer healthcare behavior using technology tools like artificial intelligence and big data. Say, “Alexa, order me an Omron blood pressure monitor.”

Considering the alliance’s size, one may consider ...

Healthcare is a local phenomenon, tailored to a given area. While this alliance brings considerable resources to the table, the only way to enact sweeping change is to do so on a case-by-case basis, one region at a time. There is no one-size-fits-all solution.

At The Allure Group, our facilities operate locally. We have six facilities, each one geared toward its neighborhood and clientele. While each facility offers first-rate amenities, such things as food options and other services vary from place to place.

That, then, is what this new alliance faces—and it is a gargantuan undertaking, as other Fortune 500 companies have learned. In 2016, American Express, IBM, Verizon and Shell joined 16 other companies to form the Health Transformation Alliance, which proved to be of great benefit to those companies and their employees but did not impact healthcare as a whole.

Google and Microsoft have also ventured into that space without making so much as a dent.

There are also those, like Karim Sariahmed of Put People First! PA, who wonder whether deep-pocketed types like Bezos should be involved with an endeavor such as this in the first place. Sariahmed is of the opinion that the Amazon chief, like his compatriots, is only looking out for his own personal bottom line, not seeking to enact widespread change.

It can be said without fear of contradiction, however, that healthcare is in need of an overhaul, and the input of innovative thinkers is clearly much-needed. Bezos and Co. may yet prove to have been in the right place at the right time.

Joel Landau is the founder and chairman of The Allure Group, a rapidly expanding provider of skilled nursing and rehabilitation services throughout the New York downstate area. The Allure Group transforms nursing homes into post-acute rehabilitation centers that are attentive to the needs of residents when it comes to their health, comfort, culture, and quality of life. Landau is also the co-founder and managing director of Pinta Capital Partners.

Food Insecurity Is Becoming Worse — Here’s Why, and What We Can Do

Closing the Equity Gap in Technology

Minecraft is Promoting Peacebuilding Through Gaming

Businesses Step Up Support Against Attacks on Education, Teachers and Students

Biophilic Design: It’s Not a Trend, It’s a Movement

Why Are Half of All U.S. Service Sector Workers Still Unvaccinated for COVID-19?