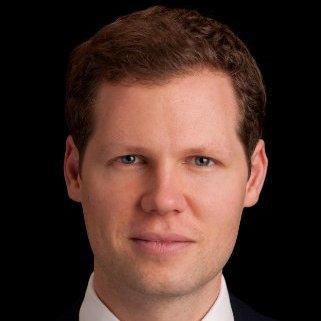 New analysis by Carbon Tracker shows that the more oil and gas executives were incentivized for growth, the worse the returns for their investors in the years following.

Growth simply for the sake of growth is not a desirable attribute in an oil and gas producer. In the boom years of 2010-2014 oil prices were over $100 a barrel yet financial returns actually fell, as the tricky business of maximizing returns to capital came second to the scramble to increase production. Since the crash, the narrative has belatedly changed to “value over volume” and “capital discipline.”

As well as the industry’s own behaviors, there is now the challenge presented by the low-carbon energy transition – the increasing cost-competitiveness of alternatives, such as renewables and electric vehicles, allied with society’s efforts to reduce reliance on fossil fuels in order to mitigate the worst effects of climate change.

This has a couple of dimensions that clash with the growth mindset. First, reduced overall demand for fossil fuels means a smaller pie for producers to battle over, and most producers will have to shrink in absolute terms even if they hope to increase market share.

Second, there are license to operate issues. The latest science has emphasized the harm that will occur even at relatively low warming outcomes, so there is a renewed urgency to act and to be seen to act as a good corporate citizen. It is not enough for companies to just show that they have good operating records; there is increasing call for companies to show that they are “aligned” with the Paris Climate Agreement. Companies seen as pulling in the opposite direction to the rest of the world risk being seen as a lost cause rather than part of the solution.

None of these factors means that the oil and gas industry needs to turn off the spigots immediately. But together they do imply that producing companies need to reconsider the way they do business. A focus must be on extracting maximum economic benefits from their opportunity sets, rather than relying on ever-increasing consumption of their products. Non-linear outcomes mean that the financial impacts of small shifts in underlying market forces can be significant – oil demand grew by 3 percent over 2014-2016, yet a 2 percent excess of supply resulted in the S&P Global Oil Index falling by 51 percent.

Despite this, the vast majority – over 90 percent of major listed companies in 2017 – of oil and gas producers reward their executives with higher bonuses if they boost production and/or reserves volumes.

In addition to management incentives that reward simple volume additions, there are several other metrics that can support growth in slightly less direct ways. For example, a CEO might decide that the easiest way to hit earnings targets would be to increase leverage and acquire assets that generate income over and above the additional debt service costs. However, that does not mean value has been created for shareholders. New analysis by Carbon Tracker shows that the more executives were incentivized for growth via their 2013 bonus, the worse the returns for their investors in the years following.

Concerns about climate change are trickling through into questions of corporate governance and executive pay. Both Chevron and Shell have recently announced that they will link emissions performance to management pay in future years. Chevron’s targets relate to methane emissions and flaring reductions only, whereas Shell’s will include other sources and scope 3 emissions – those produced when using the oil or gas, and by far the bulk of life cycle emissions relating to fossil fuels.

Such incentives to reduce pollution are a good thing, but there remains a more fundamental issue. The “carbon budget” of emissions that can be released while meeting our climate commitments is finite, yet both companies currently encourage their management to continue increasing production of oil and gas. Theoretically, the very lowest cost producers may be able to keep output flat or even increase it while demand falls overall. However, this is likely to only apply to a select number of companies, and other producers will have to cut their production even more to make up the difference. Think day one of statistics class, when the professor asks the class who thinks they will score above average – and every student puts their hand up.

Investor aims are aligned on both value and the environment

The good news is that investors are increasingly pressuring companies to change their compensation approach to more growth neutral metrics that encourage more responsible management focused on the long term. A 2015 shareholder resolution resulted in BP’s remuneration committee agreeing that their target relating to reserves replacement did “not fit with the group’s strategic focus on ‘value over volume,’” and it was accordingly dropped from the company’s 2018 incentive structure. In fact, over a quarter of companies disclosed that they had initiated or increased emphasis on financial returns metrics in 2018 compared to 2017.

Hopefully this trend will continue through the 2019 reporting and annual general meeting (AGM) season, but the persistence and widespread use of such growth incentives means that investors have much further to go in their scrutiny.

Abandoning the pursuit of fossil fuel expansion will involve breaking some deeply ingrained habits. Many got into the industry to make discoveries and build things, and CEOs believe they need to sell a growth story to raise capital. But shareholders do not help themselves by paying management to just produce more fossil fuels – and at the end of the day it does not matter if the motivation is the climate or just the bottom line.

Andrew Grant joined Carbon Tracker in 2014 as a Senior Analyst, leading research on oil & gas and coal mining. He has authored a number of Carbon Tracker’s major reports on these sectors. He is also a Senior Advisor to Critical Resource, a management consultancy specializing in political, stakeholder and sustainability challenges in the energy and mining sectors. Andrew has a degree in Chemistry & Law from Bristol University in the United Kingdom.