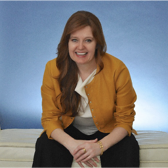 Business Meets Climate Activism: Ready or Not, Change Is Coming

Social movements tied to climate change have been growing for some time. In 1999, more than 40,000 activists—including climate activists—took to the streets of Seattle, Washington, to protest a meeting of the World Trade Organization, voicing their support for workers' rights and sustainable economies in what became known as the Battle in Seattle.

Twenty years later, climate change social movements appear to have reached a critical mass. Various manifestations of these movements now engage a broad cross-section of society: NGOs, activist investors and investor networks are exerting pressure on companies to act on climate change through shareholder resolutions; students, academics, and other members of the public are now protesting and striking with regularity; and workers are walking out of companies they perceive to be climate change laggards.

"My message is that we'll be watching you," Thunberg said at the U.N. on September 23. "People are suffering. People are dying. Entire ecosystems are collapsing. We are in the beginning of a mass extinction, and all you can talk about is money and fairy tales of eternal economic growth. How dare you! For more than 30 years, the science has been crystal clear. How dare you continue to look away and come here saying that you're doing enough, when the politics and solutions needed are still nowhere in sight . . . You are failing us. But the young people are starting to understand your betrayal. The eyes of all future generations are upon you. And if you choose to fail us, I say: We will never forgive you."

This message is unlikely to fade quickly, if at all. And it's already gaining traction within popular culture and the arts—from viral music remixes of Greta Thunberg’s U.N. speech to climate-focused art exhibitions at major events. Climate movements are also joining forces with other social and environmental movements. For example, the recent fires in the Amazon rainforest—and the contribution of cattle ranching to them—led climate change activists and animal rights activists to join forces in more substantial ways than before.

In short: Climate change social movements are now embedded in everyday life, and they are here to stay. Climate activists are not only students and nameless members of the public. They are our friends, our relatives, our neighbors and our co-workers. From a business standpoint, this means they are employees, customers, suppliers and investors.

Some businesses have grown to understand this and, in response, are changing their approach to climate change. Two such examples are Amazon’s recent pledge to fight climate change, after employees called the company out for lack of action, and similar pledges by gaming companies like Sony Interactive Entertainment and Microsoft.

However, businesses need to move beyond reacting to the pressure exerted by these movements to proactively answer questions like: What will tomorrow's climate activists ask of us, beyond what's happening now? What could happen when youth activists can vote, begin and progress through their careers, and have more purchasing power? And what should we do to align with these social movements over which we have no control?

Answers to these and other questions will have long-term implications for product development, marketing, talent acquisition and retention, operations, governance, and overall strategic direction.

Some businesses are already looking far into the future to consider how climate change might affect them, but are still focused on trends relating to technological development and the need to reduce carbon emissions, policy development, and adapting to physical changes like sea-level rise and temperature change. Companies would be wise to add the long-range impacts of climate change social movements to these trends, because they are an increasingly important part of the strategic landscape—and will be for years to come.

Companies need to build new visions of their future selves that account for what Greta Thunberg declared in her U.N. speech: “Change is coming whether you like it or not.”

Nardia Haigh is a business strategist for sustainability issues. She has been working at the intersection of climate change and strategy for nearly 15 years, and is the author of Scenario Planning for Climate Change: A Guide for Strategists, published by Routledge. Nardia is a tenured Associate Professor of Management at the University of Massachusetts Boston.

Brands, Don't Make These Mistakes During Black History Month (and What To Do Instead)