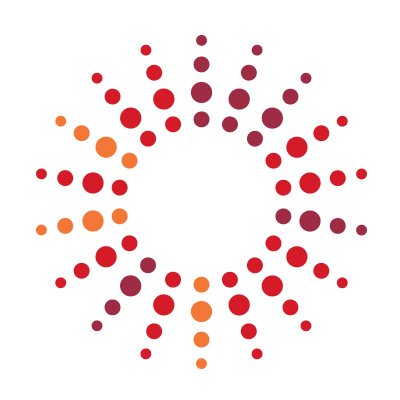 In a very welcome—and long overdue—step, the Business Roundtable, America’s foremost CEO network, has recognized that a singular focus on shareholder value is the wrong “north star” for business leaders. While the Roundtable has usefully removed shareholder primacy from its statement of purpose, what replaces it falls short of what society and business truly need to thrive in the 21st century.

About shareholder primacy, the less said, the better. The concept has been distorted beyond all reality and has been often used to justify actions that hurt people, communities, and the environment and to enable lobbying that prioritizes short-term benefits over lasting investments needed for businesses to succeed and for a competitive economy.

As a result, while the pivot to the new statement of purpose is very welcome, it also falls far short of what the best businesses aspire to and are capable of doing.

Crafting this statement no doubt required a lot of horse-trading and the inherent caution that trade associations too often adopt. This approach is no longer fit for purpose. Our times demand vision, ambition, innovation, and risk-taking, and the new statement is sorely lacking on all fronts.

At a time when the very essence and value of capitalism are facing serious blowback, the role of the corporation, and corporate leaders, in America gets no attention.

To start, some key issues are missing. First and foremost, it is incomprehensible that the statement has no mention of climate change. It is increasingly clear that accelerating climate change presents a stark and growing challenge to economic and social stability. No responsible CEO or Board of Directors can steer his or her company without a climate strategy, yet it is invisible here. In addition, at a time when daily work lives and employment are changing rapidly and creating increased anxiety, there is reference only to helping workers “develop new skills for a rapidly changing world.” This is all good, but it does not signal the sense of urgency and disquiet in today’s world, let alone tomorrow’s. Climate and decreased economic security and mobility are not simply “today’s issues”—they reflect structural changes in our world and our economy that demand attention.

Second, the statement skirts the issue of the private sector’s role in our societies. At a time when the very essence and value of capitalism are facing serious blowback, the role of the corporation, and corporate leaders, in America gets no attention. Poll after poll shows that the public is deeply upset about the role lobbying plays in Washington. Employees are increasingly calling on companies to take a stand on issues from a woman’s right to choose, to the epidemic of gun violence, to respect for diversity in all its forms. The critiques of capitalism which are being heard across the political spectrum are a natural consequence of the sense by many that the system is deeply unfair and manipulated to benefit the few. This statement does little to address that, and to the degree it is intended to respond to the public challenge to capitalism, it is unlikely to succeed.

Finally, our times are calling for aspirational language—something that can excite people. This statement reveals a notable lack of ambition. Businesses commit to being good partners with their suppliers, but not to ensure alignment of values and commitments. There is no mention of innovation to meet the fast-changing world of the 21st century. Furthermore, the statement fails to make reference to the Sustainable Development Goals, which have been adopted by every country in the world—including the US— as the template for social and economic progress over the coming decade.

If business is to thrive, contribute to social and economic advancement, and secure the trust of the public, more is needed.

At BSR, we have been working with the world’s largest companies since 1992 to make serious commitments to promote human rights, take decisive action on climate change, generate access to economic opportunity for people who need it most, and create workforces in which all people can thrive. I know firsthand from the many CEOs that we work with that there is a genuine level of commitment to business as a powerful engine for social progress. This statement falls short of that ambition and is therefore a disservice to business and the public.

Credit is due to the Roundtable for updating a statement more suited to 2019 than 1969. Much more, however, is needed. If business is to thrive, contribute to social and economic advancement, and secure the trust of the public, more is needed. We celebrate business leaders who can deliver on big ideas that deliver big value and meet big needs. The Roundtable should go back to the drawing board and create a vision that reflects the best of this tradition.

Will Black Women Remain ‘Endangered Species’ in the Entertainment Industry?

Mentorship in a Virtual World: Why You Need It and How Companies Can Provide It

We Need to Create a Shared Language Around ESG

Who Sets the Standard for Diversity and Inclusion?

The Gap That Keeps on Growing: How Pay Inequity Affects Black Women, Families and Communities

Total Rewards: Inside the HR Strategy That Helps to Foster Inclusive Workplaces