Businesses and Educators Come Together to Transform the High School Experience

Four years ago, things did not look good for Banneker High School in Fulton County, Georgia, about 15 miles south of Atlanta.

It was performing in the bottom 5 percent of all schools in the state. Six out of 10 students did not graduate. Teacher retention was abysmal, and an estimated 97 percent of students lived in poverty. The future for many of the students was bleak, and they knew it.

“It just seemed as though there wasn’t anything here for kids that would provide a real solution,” reflects Banneker’s principal, Dr. Duke Bradley. “School—the very place created to build opportunity and hope—was actually fueling this epidemic. The community had lost confidence in the school.”

Fast-forward to 2019 and things at Banneker are very, very different. The graduation rate has increased by 47 percent—the highest growth in graduation rates among all 16 traditional public high schools in Fulton County. And, in less than two years, Banneker dropped off the state’s failing school list and is no longer eligible for state intervention.

This is the story of how a school failing its students, its teachers and its community was reborn, transformed by passionate and innovative organizations and individuals united around the belief that equitable access to high-quality education is the gateway to economic mobility. Together, these partners—the Fulton County School System, local businesses and a new organization called 3DE—continue to systemically re-engineer the education system not only at Banneker, but  also at an expanding number of schools, to better reflect the real world and prepare students for life beyond the classroom.

There is no simple answer to why schools fail. Lack of budgets, over-crowded classrooms, the digital divide, and outdated teaching practices are just a few leading culprits cited by pundits on both sides of the aisle.

What is clear is that there is a problem in the U.S. education system.

Take for example, that only two U.S. states have high-school graduation rates above 90 percent, and 15 states graduate less than 80 percent of their students. American high-schoolers are also more likely to be absent from school compared to their peers in other developed countries, with chronic absenteeism rates exceeding 30 percent in some cities.  For schools in low-income communities, the rates are even more staggering. And where there is innovation, it often happens in pockets and not in a systematic way across schools and education systems.

Just down the road from Banneker High School are gleaming buildings with manicured grounds, global headquarters of companies such as Chick-fil-A, Coca-Cola, Home Depot, SunTrust Bank and Delta Air Lines.

As far back as 2014, each of these companies had identified education as a critical focus. They realized that their local schools—and schools across the nation—were in trouble.

For these companies, getting involved wasn’t simply a nice way to give back; education had become a business imperative. They realized that if U.S. communities fail to thrive, so would they. To operate successfully, companies need vibrant communities with consumers ready to purchase their products and services, as well as a steady pipeline of skilled workers to fill their offices, fulfillment centers and manufacturing sites. Increasingly, this is becoming a struggle. According to the youth development nonprofit Junior Achievement, 49 percent of U.S. employers say that talent shortages affect their ability to serve clients and customers.

Businesses around Banneker were hungry to engage in education, but were searching for a meaningful way that would drive outcomes.

An idea emerges from a simple conversation

It all started in 2013 with a conversation with then-superintendent of Fulton County Schools, Dr. Robert Avossa, and Junior Achievement of Georgia President Jack Harris. Junior Achievement (JA)—founded exactly 100 years ago this year—is one of the nation’s largest and most successful nonprofit organizations dedicated to strengthening student achievement. Both Dr. Avossa and Harris saw an opportunity to work in partnership to develop a solution to address systemic issues.

Their vision became 3DE: a joint venture between school districts, 3DE by JA, and the broader business community. Together, they set out to re-engineer high school education and, in the process, improve student engagement, accelerate academic outcomes and develop competencies necessary to excel in today’s workforce.

“Our goal was to develop a solution to catalyze transformation that would significantly drive economic opportunity and economic mobility in communities across the country,” says Jack Harris, president and CEO of 3DE. “We challenged ourselves to develop a model within the public education system so that we could reach a critical mass of students through learning that engages and prepares students for high-growth careers.”

3DE knew there was a lot of work ahead, including a complete re-think of school structure, curriculum design, and teacher development in a way that would thoroughly integrate career preparation into the high school experience. But there was no time to lose; Banneker High School was selected for the initial pilot in 2015. 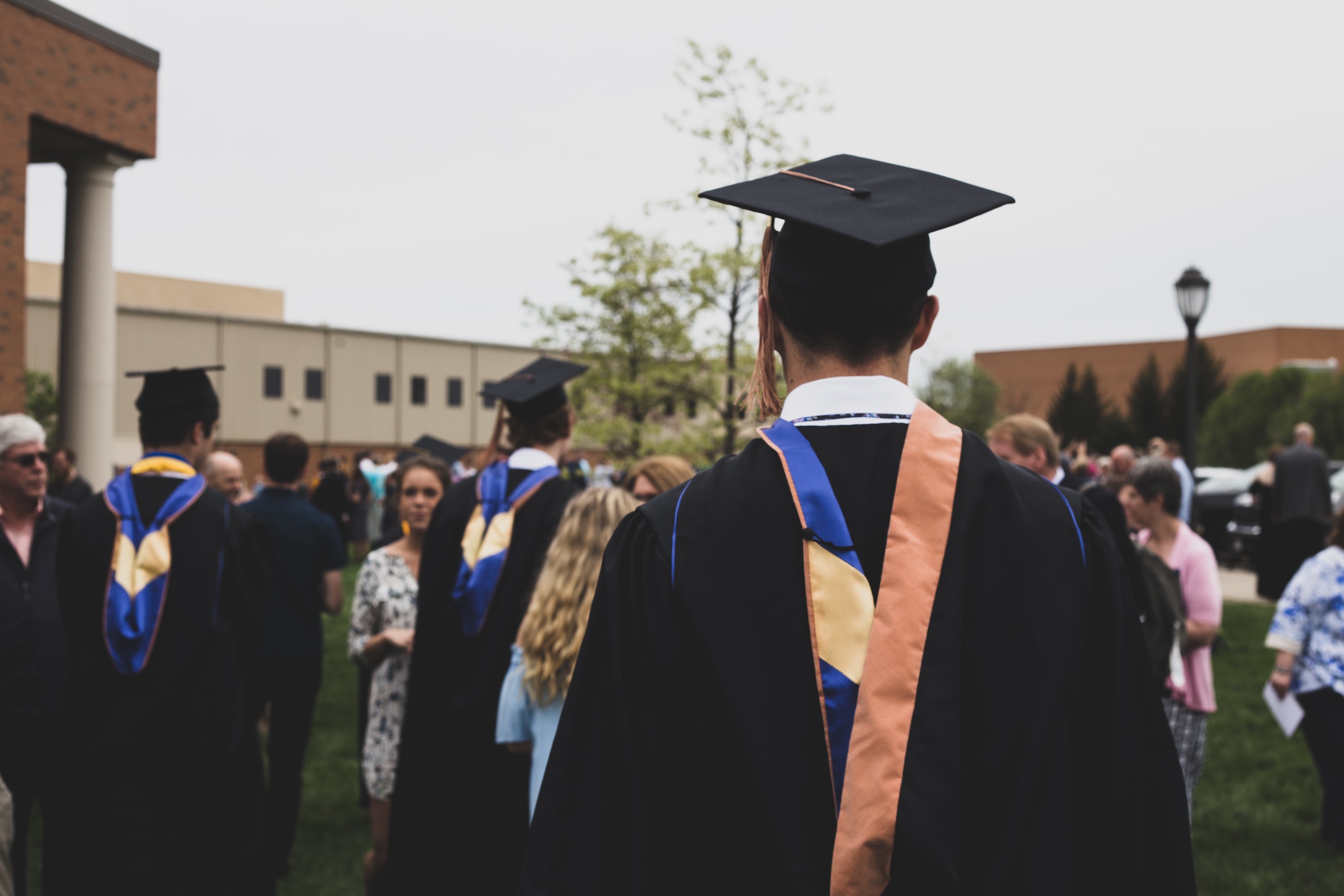 Charting a course of interdisciplinary learning

Under the3DE approach, every five to nine weeks, small teams of 3DE students receive a new case challenge. The challenges are designed with input from local businesses to reflect real-world situations. For example, students might be asked to come up with a solution to help Delta Air Lines improve the boarding process and the customer experience, or to support a cybersecurity firm in expanding usage of its simulated training program.

“Case methodology helps students build cognitive skills, think independently, move strategically and work collaboratively, while discovering their passions along the way,” explains Callie Majors, senior vice president of brand strategy and investor relations at 3DE. “In the end, we believe it will help them develop the transferable skills they will need to enter the workforce and move more quickly from entry-level to manager- and leadership-level positions.”

Each challenge is kicked off by a business professional who introduces the case situation to the students.  From there, teachers weave the challenge into the everyday curriculum—from geometry class to world history—to create a truly interdisciplinary approach. 3DE provides two full-time, onsite advisors who help coach the teachers and serve as the link between the business partners and the school.

Student teams work together on research and ultimately present their solutions to their peers, debating and defending their recommendations. At the end of the project, the business representatives hear presentations from the top teams and offer feedback and coaching.

For most students, this is a whole new world. “This is not like any school I have experienced before,” said a student identified as Frances, as quoted on 3DE's website. “Case challenges make learning fun—even math.”

By senior year, students have completed 16 case challenges and move on to a year-long immersion project—which could be a consulting project, field research or an internship with a local business.

A focus on results

Since 3DE launched, it has expanded to six schools across four school districts, and to 35 corporate partners. The results are consistently impressive and, so far, show that the model works:

Nowhere to go but up

Over the next five years, 3DE plans to expand to 55 schools in 20 districts across seven states, reaching 20,000 U.S. students annually. By 2030, its goal is to be in 500 schools, eventually growing to 2,500 locations. 3DE’s Majors says this will represent about 10 percent of the nation’s high-school population and could constitute the tipping point where aspects of the approach are integrated across the education system.

So far, 3DE has secured more than $27 million to fund its expansion efforts, including a three-year, $2 million grant issued in July by the SunTrust Foundation, which has been a 3DE supporter since the beginning.

For Majors, there is no question as to the program’s and the students’ potential.

“Our students are graduating with a vision for their future, confidence in their abilities, and a path to achievement,” she says. “Our students will be able to walk in and solve problems.”