Crops like corn, wheat and oat, which are annuals, must be seeded each year, contributing to soil erosion. But Cascadian Farm is betting that the perennial grain kernza can contribute to the fight against climate change - and win consumers' hearts at breakfast time.

I have an unusual box of cereal in my pantry—the first of a kind, you might say. The manufacturer, organic foods brand Cascadian Farm, claims that kernza, the grain that is the key ingredient in its Honey Toasted Kernza Cereal, helps store carbon, protect water resources and prevent soil erosion. With talk like that, kernza has a lot to answer for.

That's why Cascadian Farm, which was acquired by General Mills in 2000, was happy to send along a sample for me to try—and report back to you. It's part of a limited-edition run of 6,000 boxes while Cascadian Farm figures out how to make kernza a commercial reality by 2040.

The environmental bonafides of kernza, an intermediate wheatgrass with ancient origins, are intriguing. Fred Iutzi, president of The Land Institute—a nonprofit that is developing varieties of the grain—described kernza as the “first grain crop that is also a perennial in the 10,000-year history of agriculture, and it comes with a lot of heavy-duty ecological benefits.”

Through its often 10-foot-long roots, the grain has the inherent ability to capture carbon from the air, increase soil health, improve water quality and enhance surrounding wildlife habitat, according to The Land Institute. And Cascadian Farm is putting those impacts front and center with the online Deeply Rooted campaign.

So, why is this campaign important? Grain crops like corn, wheat and oat are annuals that have to be seeded each year, contributing to soil erosion.

Soil is a living ecosystem under threat, according to the Nature Conservancy and its Soil Health Partnership. Soil produces 95 percent of food, filters drinking water, and reduces the impact of climate change through carbon storage. But soil managed for agricultural purposes in the U.S. has lost as much as 60 percent of its original organic carbon content.

Soil erosion is a big concern for farmers, especially as they are hit with record extreme weather events. In an era of climate change, soil health equals resilience.

But healthy soil should also be a concern for the rest of us, according to the Nature Conservancy. In its reThink Soil report, supported by General Mills, the Nature Conservancy estimates that the combined potential of increased soil health practices like planting cover crops during winter or use of no-tillage systems could deliver environmental impacts worth almost $50 billion annually. 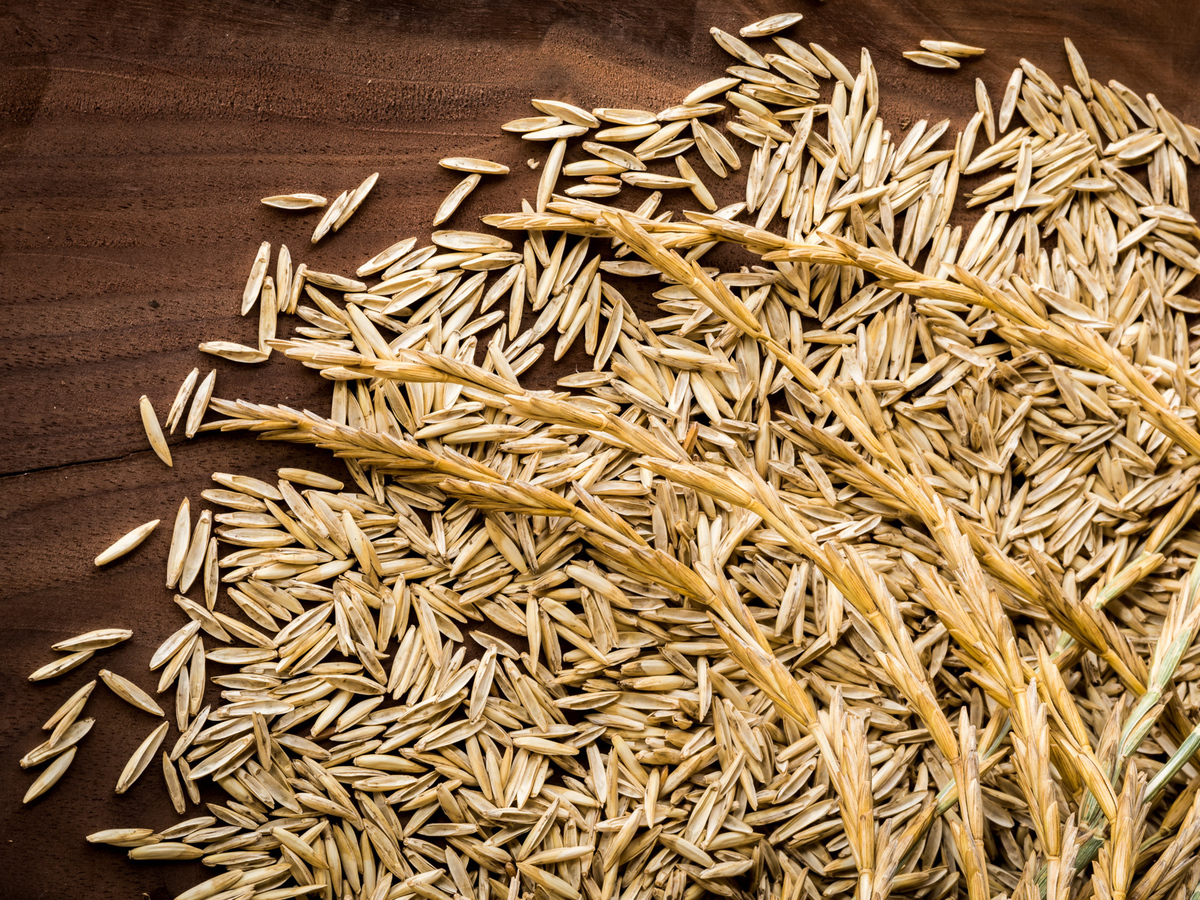 Image: Kernza in its natural form.

That’s where kernza comes in. While perennial crops are still in the early stage of development, they are another tool in the fight to keep soil healthy—and one with significant potential, said Iutzi of The Land Institute. Kernza in particular has “extraordinarily deep root systems,” meaning it delivers more organic matter to the soil and can sequester more carbon, he said. Its roots are also active in the soil for a much longer swath of the year than annual crops.

“This is literally what the future tastes like,” Iutzi said during a General Mills podcast last month.

So, how does it taste? Can it compete with what's out there? For me and some of my family and friends, who gave the kernza cereal a try with their dairy or nut milk of choice, its sweet and nutty flavor was similar to its wheat-based counterparts. It reminded me of bran flakes. Would we buy it instead of our usual favorite brands? Only time will tell.

As TriplePundit has reported, today’s consumers are demanding more information about how their food impacts people and the planet. Couple that with a food choice that is also nutritious, and it could be a winner. In a recent survey, 93 percent of consumers said they want to eat healthy at least some of the time, and 60 to 70 percent said they're willing to pay premium prices for natural, ethical, enhanced, or “less of …” foods.

The business case for soil health

One fan of the new cereal is Jerry Lynch, chief sustainability officer for General Mills. The company is investing significantly in regenerative agriculture—a term used to describe farming practices that, among other benefits, mitigate climate change by rebuilding organic soil matter and restoring degraded soil biodiversity. General Mills aims to drive this form of agriculture on 1 million acres by 2030.

“One of the principles of regenerative agriculture is the living root in the soil, and a perennial cropping system would enable that. There is so much carbon in the kernza root system itself and so much biological activity,” Lynch told 3p. “Historically we are a grain-based, cereal-based company, so it is interesting to see kernza brought forward as an opportunity. We saw a lot of potential food benefits in investing in this grain. It was an easy win to get behind because of that intersection between healthy soils and healthy nutrition.”

And it’s not just the food sector that should see the investment opportunity in soil health, argues the World Business Council on Sustainable Development, which concluded in a recent report: “Soils belong in the boardroom and on the balance sheet—they present risks and returns for every business.”

Moving from experiment to mass market

Mass production of kernza is a challenge, as no one has yet figured out how to grow it on a large scale. In 2017, General Mills was one of the first companies to put money and resources behind it. The kernza yield is smaller than annual grains (about a quarter that of annual wheat), meaning farmers harvest less per acre.

The obstacles Cascadian Farm encountered led the company to decide to take the yield from its 1,200 acres of kernza perennial grain in production and make 6,000 boxes of the cereal available to the public, with proceeds going toward The Land Institute to further research on kernza.

But the company is not giving up on commercialization. As Maria Carolina Comings, marketing director for Cascadian Farm, told The Star Tribune: “The mission [of Cascadian Farm] was to change the way we grow food, and kernza fits into that so beautifully."

Image credits: Courtesy of Cascadian Farm and The Land Institute