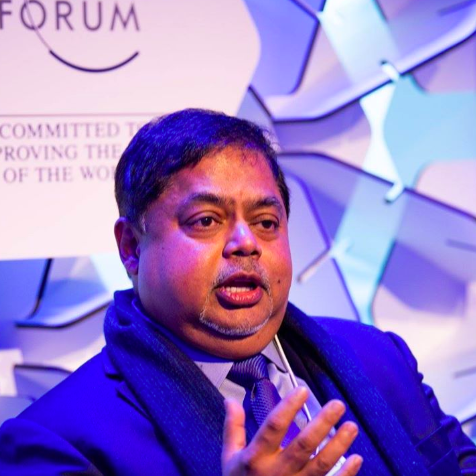 The Circular Economy – Lessons from the Past for a Sustainable Future

It wasn’t always like this. For much of human history, people lived sustainably, following the circular pattern of the seasons. In the Bronze Age, recycling as we know it today was first practiced as metalwork gave way to the use of stone in tool making. Stone Age flint tools were made from old hand axes and old pottery was ground down to reuse in clay for new pots. Practices at the core of a circular economy, such as repairing, recycling, refurbishing or repurposing, are as old as the use of tools. Somewhere, mankind's need for ever-expanding markets and raw materials has set us on a path to destruction.

The industrial revolution in the late 18th century irrevocably reshaped society and linked human progress with economic growth and material advancement. Then, Imperial Europe began to take limited raw materials from distant lands with no regard for the effect industries have on indigenous people. The cost of industrial development was the unprecedented degradation of the environment at a global scale caused primarily by the exploitation of raw materials.

The rise of industrial capitalism mostly benefited industrial countries, further widening the gap between the rich and the poor. In the long term, this uneven distribution of wealth and the resulting conspicuous consumption brought about by economic monopolies would lay the groundwork for the sustainability crisis we face today.

The dawn of the information age has thankfully brought on an awareness that only existed in the fringes before. The “hippie movement” of the 1960s and 1970s was a byproduct of overconsumption. They were the original champions of sustainable living, starting natural food co-ops, embracing veganism, rejecting fashion trends in favor of upcycled clothing, growing their food and living off the grid.

Many of the Fortune 500 companies of yore have forgotten that long-term success and a responsibility to the planet go hand in hand. The world today needs a brave new breed of businesses that understand the cost of this ignorance. For too long, the short-term thinking of large corporations and the culture of quick gains has fueled the linear and wasteful economy.

With millennials taking the reins of industry, the potential for a shift in the way we achieve sustainability is within reach. As this generation begins taking charge and moving into the world’s various positions of power, they are looking at things in a very different way. We can’t rely on governments to drive change. Most political leaders are only focused on issues that drive the election cycle.

Businesses have the power to drive long-term changes, good or bad, as history has shown. There is no one easy answer or one right way to turn the clock back. However, to carry on towards a sustainable and prosperous future, our very DNA must be wired for long-term planning. The world of business, through its many facets – from supply chain to corporate culture – has the potential to lead the way.

Here are three things any business can implement:

The most visible problem in our world today is single-use plastic. Cheap, disposable plastic products have proliferated our daily lives so much that we rarely think about its impact on the environment. Many governments are passing legislation to limit or ban single-use plastic, and many large corporations such as Nestle, Pepsi and Unilever have committed to reducing packaging waste. But it is not laws that will create a real impact, it is a change in mindset.

When my company instituted a policy banning the use of single-use plastic in all offices across 25 countries, we were expecting resistance. But we were surprised by how readily the staff embraced and welcomed the change. The run-up to the policy was preempted by an ongoing information campaign about the harmful effects of single-use plastic, as well as campaigns to encourage employees to reuse and recycle. When the actual policy was announced, instead of being viewed as a hassle, employees took pride in knowing that they were part of a larger movement.

With growing awareness about the negative impact of everything from fast fashion to fast food consumers are beginning to realize that they can only vote with their dollars when it comes to sustainable change. But even the most environmentally conscious shoppers cannot be sure if their purchases actually made an impact. Many companies may seem outwardly eco-friendly, but their supply chain tells a different story.

A McKinsey report says 90 percent of the environmental impact of companies come from their supply chain. By working with the right partners and incorporating environmental compliance policies that reduce wastage and use minimal resources, companies can reduce not just the impact of their activities on the environment but also achieve cost reduction and improve operational efficiency.

Invest in vulnerable communities, which could benefit from a circular economy the most

Food and water scarcity are two of the biggest challenges humanity will face in the coming years. Just a few months ago, Chennai, India, (pictured above) came close to running out of water. This follows Cape Town in South Africa, which became the first major metropolis to deplete most of its water resources.

A U.N. report released in August said climate change and poor management practices are threatening the world's farmlands and food security. As the global population continues to grow, and depleted aquifers and changing weather patterns impact crop yield, we are fast moving towards unmanageable food shortages.

Businesses have a responsibility to create meaningful value in the local communities in which they operate. Companies must look for ways to help by investing in projects that make infrastructure systems more resilient, support community development and encourage waste reduction. Investing in resilience is not just about roads or buildings, but also about investing in people and communities for sustainable development that improves health, education and livelihood.

The future of business

The British East India Company was once the treasury of the British Empire. In its prime, it owned most of the world and controlled half of all of the world’s trade. Today it only exists in history books. For companies of today to leave a legacy for the future, they need to think beyond the next quarterly earnings. As is evident from the circular economy of our ancestors, certain practices that have been a part of the human experience for centuries were forgotten in our pursuit for material progress. Businesses forgot that they needed a reason to exist beyond profit. Like the circular economy of our past, profits must always be plowed back into the land to support a sustainable model for society.

Vijay Eswaran is an entrepreneur, speaker and philanthropist. He is the Founder and Executive Chairman of the QI Group of Companies, a multi-business conglomerate with headquarters in Hong Kong, offices in more than 25 countries and customers in over 100 countries.