Companies, Communities Come Together To Rethink Blighted Spaces For An Equitable Future

(Image: With entertainment districts like the Staples Center and LA Live in Los Angeles and The O2 in London, AEG says it's working collaboratively with communities to rethink urban spaces.)

Vacant and underused spaces tear holes in cities around the world.

In the U.S., nearly 17 percent of the land in large cities is considered vacant. The number of units that are effectively abandoned rose from 3.7 million in 2005 to 5.8 million in 2016, an increase roughly equal to five times the entire housing stock of San Francisco, according to a 2018 report from the Lincoln Institute of Land Policy.

When large swaths of neighborhoods are left to decay, residents who can, move away—and what is left are urban deserts void of jobs, opportunities and hope, reenforcing a cycle of poverty for many.

In creating the U.N. Sustainable Development Goals (SDGs), which seek to achieve a better and more sustainable future for all, the role of cities has not been forgotten. Through SDG 11 (Sustainable Cities and Communities), public and private stakeholders are tasked with working together in all stages of urban development to build consensus, inclusion, resilience and sustainability. In areas where this is done right, the result is revitalization projects that create jobs, grow city economies and drive adjacent development.

AEG, the leading sports and entertainment company, offers a case study in transforming underused or abandoned inner-city properties into commercial districts that drive economic growth for local residents while retaining the culture of the local community. The company has created world-class venues in once desolate urban neighborhoods, such as the Staples Center/LA Live in Central Los Angeles, The O2 in South East London and Mercedes-Benz Arena/Mercedes Platz in a blighted rail yard in eastern Berlin.

The company is the first to admit, however, that going into a new community with lofty redevelopment plans is not always met with enthusiasm by local residents. There have been many examples of inner-city development in historically low-income communities gone wrong. Examples include corporations coming in with little engagement with local residents, fueling fears of dislocation, the loss of unique community cultures and increased noise and traffic. 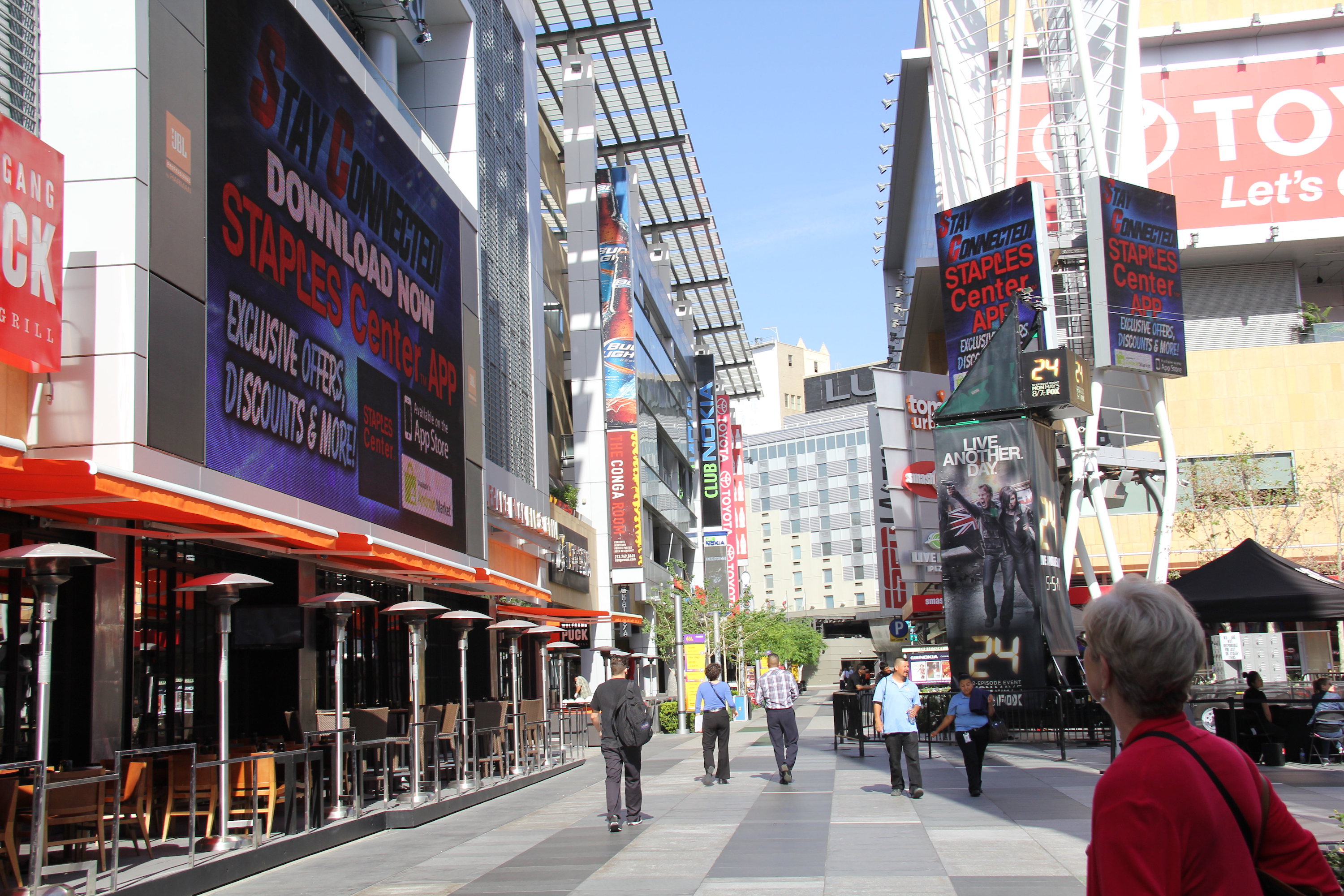 (Image: LA Live in the Pico-Union section of Los Angeles.)

Listening to the voice of local communities

Irene Lewis, executive director of the Red Shield Salvation Army Community Center in central Los Angeles, remembers what her neighborhood—known as Pico-Union—was like before the Staples Center.

“When I came here, there was nothing,” she said. “Hotels were being used for prostitution, there was a lot of crime—I would hear gunfire every night and afternoon. It wasn’t safe to walk down the street.”

Red Shield has been a mainstay of the Pico-Union neighborhood since 1929, when the community center was built on two vacant lots. Today, it supports 5,000 local residents with a ballet studio, community pool, after-school tutoring and educational programs, a computer lab, a sports pavilion and more.

“We’re a safe haven for kids to keep them away from the streets,” Lewis said.

Red Shield is also very much a voice of the community. When AEG came in with plans for the future Staples Center, Red Shield—located only a few blocks away from the planned site—quickly became a trusted partner, helping to connect the company with local residents through a series of community meetings. In these discussions, AEG representatives were able to hear the local communities’ concerns and fears, as well as hopes and desires for the complex.

“We live in a world of haves and have-nots, and often, people in these communities feel like they don’t have a voice, that no one wants to listen to them,” Lewis explained. “But AEG has made every effort to listen to them—even before they broke ground.”

These early discussions with local groups spanned the course of 18 months. The end result was a comprehensive Community Benefits Agreement (CBA) that included a commitment from AEG to develop affordable housing units, day care centers and parks and recreation space. But the top priority expressed by residents was the need for jobs, Lewis said—which was reflected in the CBA by local hiring goals and a commitment to roll out job training programs.

Lewis recalled job opportunities began to spring up almost immediately—first in construction and eventually at the completed complex, such as in the entertainment center, at the onsite J.W. Marriott hotel, at food concessions, restaurants and in the movie theater. She points to a local woman who has been working as a security guard at the Staples Center since 1999.

“The most meaningful positive impact our projects can deliver is providing employment opportunities specifically geared to low-income neighboring residents,” said Ted Tanner, senior vice president of real estate at AEG. “Through extensive local hiring [within a three-mile radius of the properties] and job training programs, we have been able to enable residents to have a long-term stake and future as an integral part of our team.”

Today, AEG is still working with Lewis and Red Shield to get community input for plans to add an outdoor area for families and a farmers market. 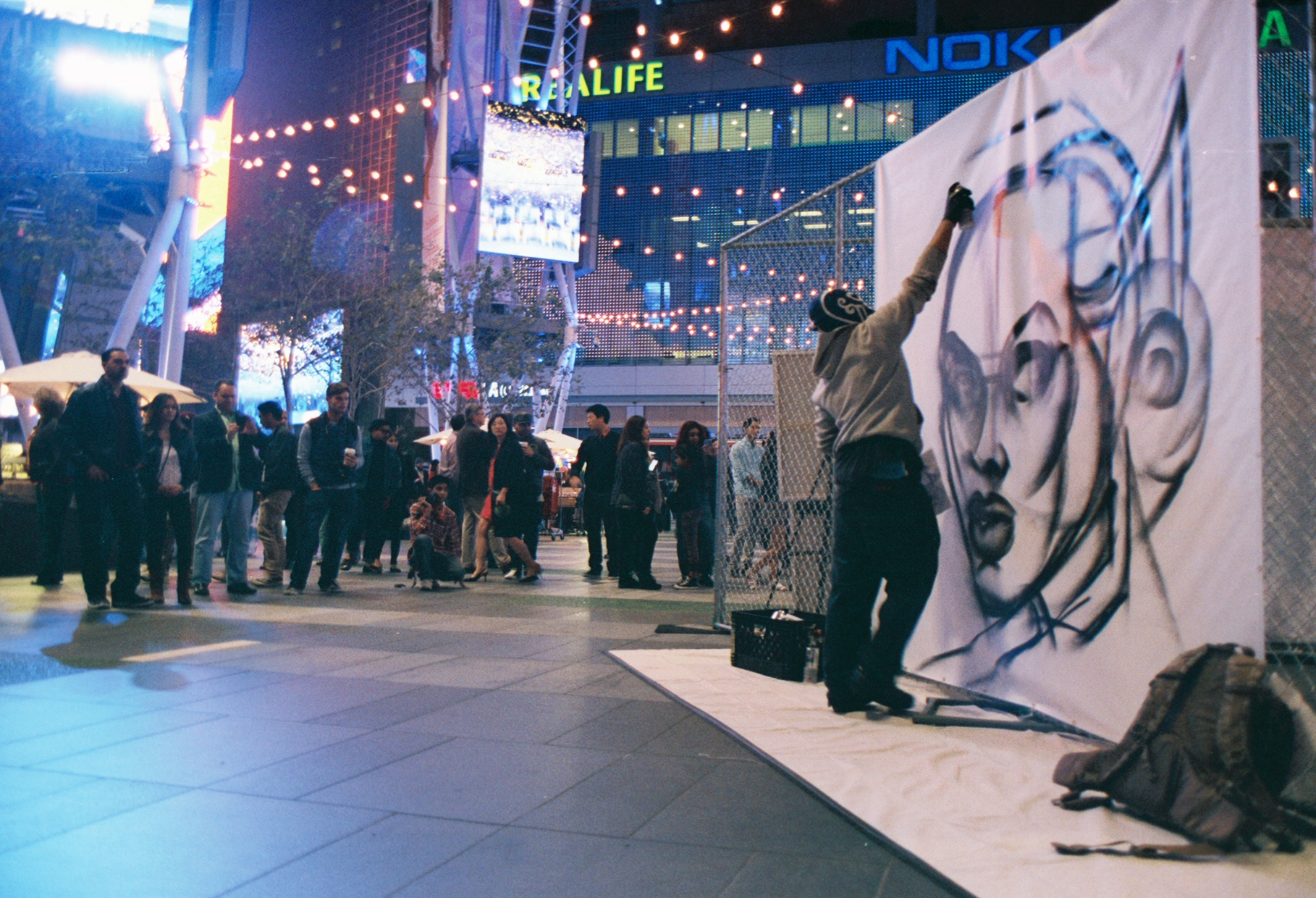 Beyond jobs, the Pico-Union community voiced concern in early discussions with AEG that the sprawling complex could destroy the neighborhood's unique culture and institutions. They also feared that they would be excluded from the complex while thousands of higher-income visitors would flood in each day to Lakers’ games, concerts and high-end restaurants and bars.

That brings us to best practice No. 2: Remain engaged with the local community beyond the initial development phase and create an inclusive and welcoming atmosphere—something easier said than done in many development initiatives.

In the case of AEG, Tanner said that in all of its major projects—whether in LA, London or Berlin—the company plans activities and events to bring local residents to the facilities for public, non-ticketed events. These include holiday festivals (ice skating and tree-lighting at Christmas, for example), arts and crafts fairs, food and wine festivals, outdoor concerts, pregame or concert fan fests, basketball tournaments, charitable events and even fashion shows. These complexes also welcome local residents and families by encouraging restaurant and cinema operators to offer special promotions or discounts.  In LA, AEG and its community partners have developed a dog park for local residents and held graduation ceremonies for neighborhood schools at the arena.

AEG also provides grants to local nonprofit organizations that support the backbone of the community, such as local schools, arts organizations and, of course, the Red Shield Salvation Army Community Center. Lewis recalled that when the Center was forced to close its pool due to budget cuts—the only pool available to local residents—AEG stepped in with support and also helped garner further support from other organizations.

“If we didn’t have their support, we couldn’t do what we do,” Lewis said.

And without Red Shield and other community partners, AEG would not be able to do what it does either.

This type of give-and-take relationship clearly ties back to SDG 11, its call to improve public spaces and make them more accessible to residents and its focus on intentional urban development that benefits everyone. This task is not easy, but stories like these prove it’s not only possible but critical for companies to play a key role.