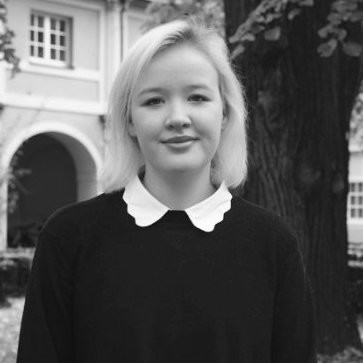 Image: Therapeutic theater counseling is one of the rehabilitation approaches being used for the survivors of the Rana Plaza disaster. The 2013 garment factory collapse illuminates why a commitment to CSR cannot be a substitute for human rights due diligence.

Business leaders often use the terms corporate social responsibility (CSR) and business and human rights (BHR) interchangeably. However, the aim and implication of these two concepts are fundamentally distinct. If companies are not aware of these differences, they may be falling short in meeting statutory and/or best practice reporting requirements—not to mention failing to deliver on their stated social impact missions.

The collapse of the Rana Plaza factory building in 2013, the discovery of pleas for help sewn inside clothing by garment workers, and reports of forced labor at construction works for the Qatar World Cup 2022 are only a few examples of inhumane working conditions in global supply chains. These incidents highlight that the implementation of CSR mechanisms is not a guarantor for ethical business conduct.

To address this gap and to end labor exploitation effectively, governments are increasingly requiring organizations to report on modern slavery risks and to put in place appropriate policies and processes accordingly.

CSR is not enough to combat modern slavery

CSR activities are mostly independent and completely voluntary. More often than not, they do not directly address the negative impacts that might arise from a company’s own business operations. CSR does not typically address human rights issues and is therefore notably flawed as a method for combating modern slavery in supply chains.

Companies can freely decide the extent to which they want to create value for the wider society. Volunteering and donating are important actions, but they do not absolve a company from its duty and responsibility to respect the rights of workers in its operations and supply chains. While a company’s commitment to CSR might contribute significantly to society, it is unlikely to address modern slavery risks arising from its direct and indirect business activities.

Consequently, CSR measures are not a replacement for the due diligence measures required to address the challenges present in today’s supply chains.

It is this awareness of CSR as being insufficient in tackling the potential negative impacts of business activities on human rights which resulted in a new wave of customers and investors insisting on tighter human rights measures. This has contributed to the emergence of the business and human rights movement, which aims to prevent worker exploitation and to hold companies accountable for their activities.

From voluntary measures to mandatory procedures

The adoption of the U.N. Guiding Principles for Business and Human Rights (UNGPs) in 2011 marks the cornerstone of the BHR movement. The UNGPs for the first time confirmed the responsibility of corporations to respect human rights within their business activities.

Building on this global framework, several national and regional laws and regulations have been passed, obliging organizations to implement human rights due diligence processes. These regulations require corporations to assess their operations and supply chains in order to mitigate the risk of human rights violations.

This development from voluntary measures toward legal reporting obligations marks the key difference between CSR and BHR. Whereas CSR is based on "doing good" and traditionally focuses on the positive contributions of a company, BHR is based on the idea of "do no harm." Companies are required to look underneath the surface of their own business activities and to respect the rights of those they impact, including workers, and to provide effective access to remedy.

The U.K. Modern Slavery Act (2015) for the first time set out the obligation for companies to annually disclose the measures that have been implemented to address modern slavery risks in their operations and supply chains. The Australian Modern Slavery Act (2018) goes even further by explicitly requiring corporations to report on the due diligence measures they put into practice.

In order to conform with these new laws, it is essential for companies to conduct regular modern slavery due diligence. However, thousands of companies subject to the reporting requirements of the U.K. Modern Slavery Act have failed to publish a report, and only 20 percent of the published reports fulfill the minimum requirements. In response, the U.K. government says it will start "naming and shaming" non-compliant companies this year.

The complex nature of modern slavery, the scale of today’s supply chains and increasing economic competitiveness means modern slavery will not be eliminated over night. Addressing slavery risks is a challenge for companies of all sizes and industries. But implementing a comprehensive modern slavery due diligence process is critical to meeting these challenges.

Respect for human rights is non-negotiable and needs to be guaranteed unconditionally. Thus, BHR goes beyond the desire to simply "do good" by turning the implementation of effective measures to mitigate modern slavery risks into a must-have.

Editor's Note: A version of this story was originally published on RightsDD's blog and is reprinted with permission. Based in London, RightsDD builds technology to help companies  identify, assess, prioritize and report on modern slavery risks their supply chains.

Image credit: The International Labor Organization (ILO) in Asia and the Pacific

Harriet von Spiegel is a Human Rights Researcher at RightsDD, which builds technology that empowers companies to tackle modern slavery.