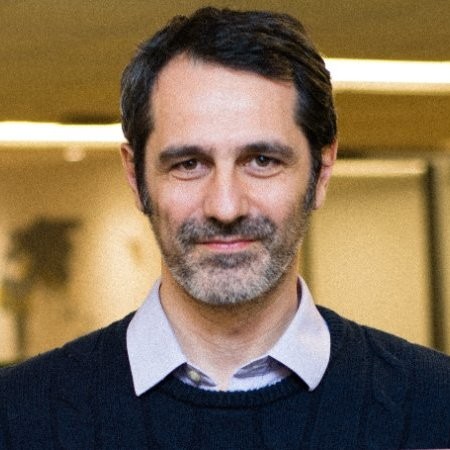 Sounding the Alarm: Companies Can Do More to Support Humanitarian Relief

Women gather water on Somalia, where 4.2 million people require humanitarian assistance for life’s basics, such as food and water.

In too many water-distressed places, up to 75 percent of people’s water needs remain unmet. Globally, more urgent action is needed to reach the nearly 2 billion people who still drink unsafe water each day.

For World Water Day to mean something to the people that NGOs and community organizations serve, current donors need to do more, and we also need new sources of funding. I’d love to see corporations playing a far more substantial role and support this cause because it’s the right thing to do, even if it doesn’t appear to be in their short-term economic interests. Long-term, it is. We live in an interconnected world.

Access to water is a human right—one that 80 million people are denied as a direct result of humanitarian crises. Yet, last year government and institutional donors met only 42 percent of those water needs.

The alarming situation is particularly acute in humanitarian contexts impacting:

This drives waterborne diseases and malnutrition, which impacts 821 million people around the world. Addressing the issue could have a powerful multiplier effect: Every $1 spent on programs to eliminate malnutrition can deliver $16 in return. It can also be a life or death issue.

A life and death issue

In Somalia, a record 2.6 million people have left their homes due to climate shocks, drought and armed conflict. It is one of the largest internally displaced populations in the world. But the needs don’t end there.

One-third of the country’s entire population, or 4.2 million people, requires humanitarian assistance for life’s basics, such as food and water. Less than half have access to sanitation, and there’s a high risk of violence when using those very basic facilities. In my view, it’s a moral outrage. But, even in this complex context, there is innovation and hope.

One approach is to help rehabilitate berkads, traditional and sustainable reservoirs for capturing precious water during the increasingly unpredictable rainy season. At Action Against Hunger USA, we also drill borehole wells that run on hybrid solar power. To increase sustainability, our teams work closely with the State Agency for Water Energy and Natural Resources to form community-led water management committees, which are typically gender-balanced.

This progress can feel tenuous. Halimo Aden and her family fled Wane village after its only water source, a shallow well, was taken over by an armed opposition group. “We kept moving from one area to the other in search of water for our children and our livestock,” Aden said. Armed groups target water collection points as a de-facto weapon in the area’s protracted conflict. “They know we cannot do without water, so they use it to make the community living in the area flee for their lives.”

This also makes Aden and her young children more vulnerable to water-borne diseases like cholera, which can be fatal when untreated. Among other impacts, cholera interferes with the body’s ability to get enough essential nutrients—and undernourished children are 11 times more likely to die than their better-nourished peers.

Fortunately, Aden’s family found a receptive host community, and our livelihoods team equipped them with farm inputs and training to help prevent malnutrition. Their ongoing well-being depends on access to safe water, just as it does for millions around the world. 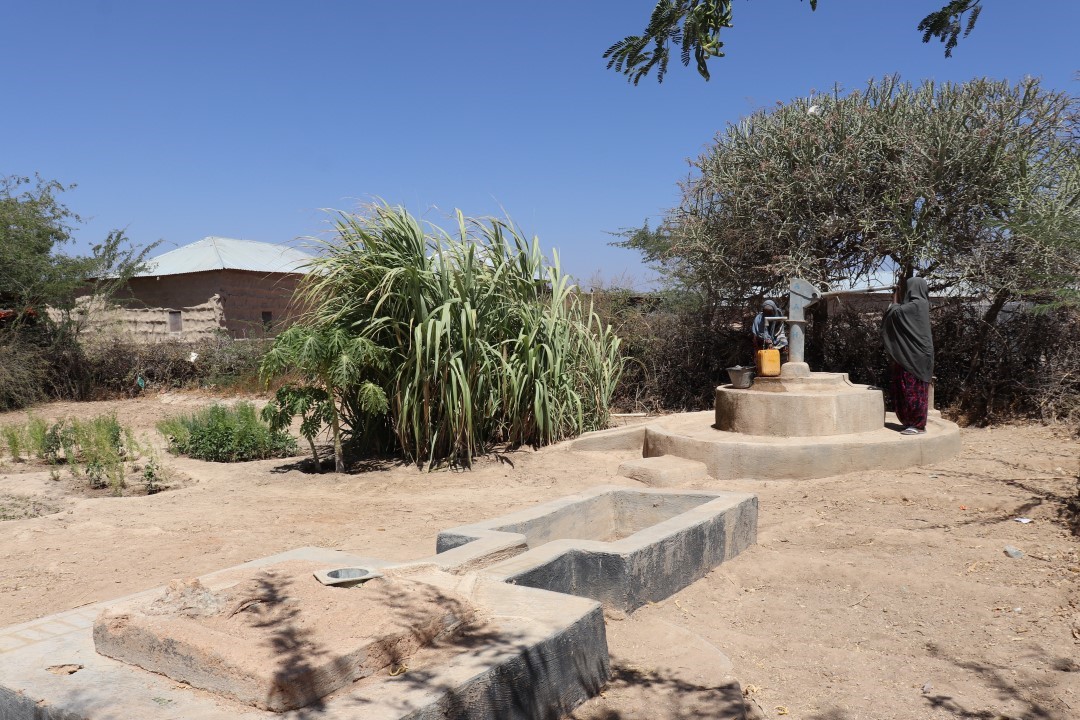 Photo above: Halimo Aden and her daughter collect water for their new garden.

The World Health Organization reports that 50 percent of child malnutrition is related to unmet water needs. Half the time, when a child younger than five dies, malnutrition is to blame. Every day, more than 5,000 children lose their fight against hunger’s deadly effects. That’s more than 2 million preventable child deaths each year.

The world needs a better way to deal with hunger and water-related issues. Together, forward-looking NGOs are working alongside government to create them. To succeed, we need the private sector to be bold enough to fund innovation, and to sustain their focus on water and hunger well beyond World Water Day. 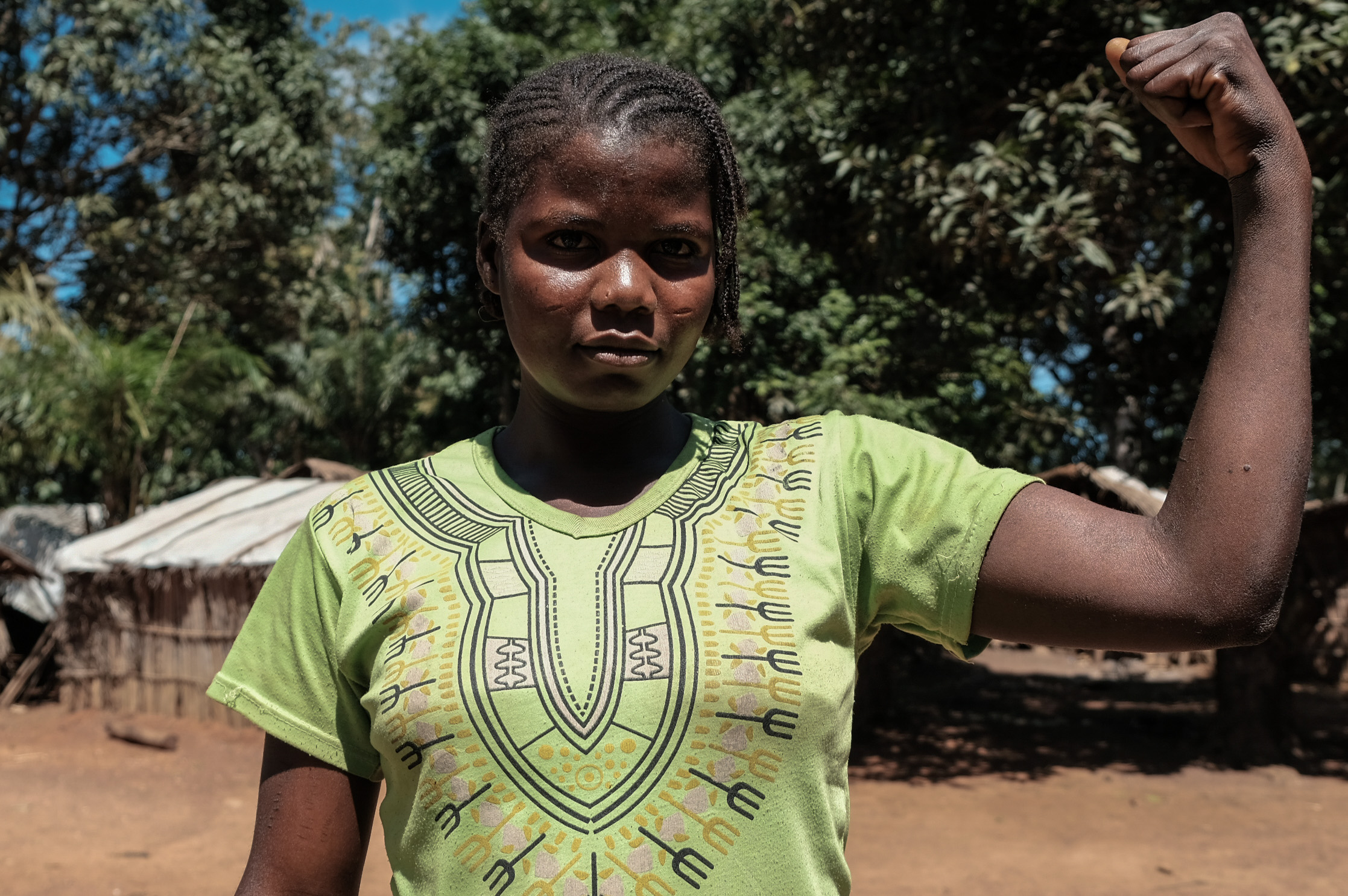 Meaningful change will require a combination of long-term, sustainable solutions and the willingness to do whatever it takes to address short-term needs. Creating and maintaining wells, fixing water and sanitation networks, and delivering drinking water by truck are all essential interventions.

We all want efficient, sustainable, long-term solutions, but we can’t leave millions of vulnerable people without aid. It may sound counterintuitive, but more donors should be bold enough to fund short-term, expensive and unsustainable solutions. Sometimes, that’s the only way to keep people alive.

Politics can make the situation more complex. For example, some refugee host communities are reluctant to allow investment in permanent infrastructure, such as drilled wells, which suggest that temporary camps aren’t so temporary after all. Companies can play an important role, using their voice and access to advance long-term solutions that meet everyone’s needs. That starts with a meaningful focus on the issue.

World Water Day is an opportunity for change. That is why we’re calling on international companies to take action on hunger and water as part of their sustainability, philanthropy and advocacy portfolios. Even when donors have a primary focus on education, health, the environment or other issues, they will have a more lasting, far-reaching impact on those concerns if they help ensure that basic nutrition, water, sanitation and hygiene needs are addressed first.

Andrea Tamburini is the CEO of Action Against Hunger U.S.A., the world’s nonprofit hunger specialists. Learn more at www.ActionAgainstHunger.org or follow @ACFUSA.