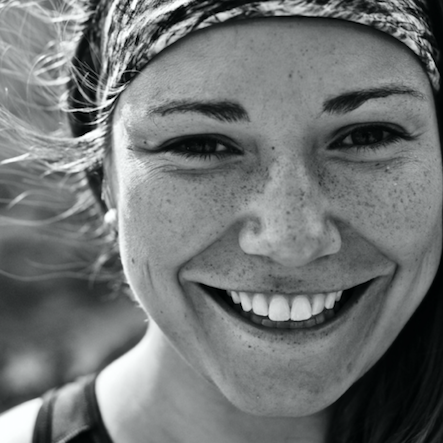 Crunch Time: Eating Bugs to Save the Planet

Eating bugs such as grasshoppers for the first time is more of a mental hurdle than anything. My first ‘hopper tasting occurred at a social gathering in Oaxaca, Mexico where a bowl of only grasshoppers was plucked from by partygoers. I was hesitant, but I didn’t want to pass up the opportunity to indulge in a traditional treat. After swallowing a couple whole and overcoming the concept of intact legs on food, I advanced to chewing. Shortly, I realized it’s just like eating a handful of peanuts – earthy tones, equally salty and packed with protein, just a tad crunchier.

And it is not just in Oaxaca where this protein-rich snack can be enjoyed. For example, to commemorate this year’s World Environment Day, staffers at this news site in the Holy Land whipped up this quick and easy crunchy grasshopper snack seasoned with that timeless Middle Eastern seasoning mix, zaatar.

Entomophagy – eating insects – is practiced within 80 percent of the world’s nations. A United Nations Food and Agriculture Organization’s 2013 report estimated around 1,900 insect species are consumed by nearly 2 billion people. In Oaxaca, chapulines (roasted grasshoppers) are a delicacy – ground up and sprinkled or served whole on a variety of dishes.

While the U.S. is a little late to the party, restaurants and even baseball stadiums are starting to explore edible insect options, tempting Americans to overcome their disgust toward creepy crawlies. Due to this culinary boldness, the “ick” factor associated with eating bugs in the U.S. just might be on the verge of disappearing.

The excitement around eating grasshoppers or other edible insects – including crickets, locusts, mealworms and ants – expands beyond introducing a new salty, crunchy snack to your diet. Grasshoppers and crickets are a healthy and sustainable source of iron, calcium, omega-3, B vitamins, fats, fiber and protein. In fact, grasshoppers and crickets are higher in protein than environmentally damaging animal-based proteins such as beef, poultry and fish.

The ecological price of protein

Unlike conventional livestock, edible insects can be produced with a considerably lower environmental impact, requiring less land, feed, and water. While livestock production has been the mainstay of the worlds nutritional demand, it is becoming a less viable and sustainable option as the world population increases.

The global population is expected to reach 9.8 billion by 2050. In 2015, the FAO estimated global meat consumption at 41.3 kg/capita/year. By 2030, estimates predict an increase to 45.3 kg – that’s roughly 100 pounds of meat per person each year. If that figure doesn’t sound significant to regular meat eaters, think of it at a global scale.

Meat production at current rates is already devastating waterways, deteriorating ecosystems and acting as a major contributor to climate change. Increasing meat consumption by any degree, only exacerbates the environmental threats.

Livestock farming poses many dangers to the environment:

As of now, livestock production is responsible for one-third of GHG emissions and uses over 30 percent of all arable land on the planet. Alternative food options are critical to overcome food challenges, meet nutritional demands, and mitigate climate change.

In contrast, insects need less feed because they convert food to protein more efficiently, less land because they can be raised in labs or harvested as a co-product from staple crops like corn (acting as a form of pest management), and they release an estimated 80 times less methane than cows, producing an overall lower environmental footprint than conventional protein sources.

Still not sold on eating bugs?

That’s ok. Companies like Exo and Bitty Foods are finding business opportunities with more palatable insect options, short of the antennas and legs. Crickets are dehydrated and ground up into flour, which can then be added to granola and pancakes. Food tech companies are also looking to insects as the base for protein-rich food products. Looking to get really creative? Explore the collection of recipes compiled in The Cricket Cookbook written by Robyn Shapiro, the founder of another cricket powder company, Seek.

Innovation and knowledge sharing have always played important roles in sustainability. Raising and harvesting insects as the remedy to food scarcity and climate change is a key example of combining traditional knowledge with creative marketing to build sustainable solutions.

Meat consumption does not have to end entirely, but we must become more open to alternative nutritional source and support sustainable farming practices if we want to protect the planet.

So go ahead, join the party, eat some bugs.