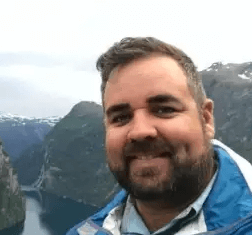 Save the whales. The polar bears. The honey bees. You or your company undoubtedly encountered one or all of these conservation campaigns over the course of your lifetime. You’ll probably encounter many more as our earth’s wildlife continues to hurdle towards mass extinction at an alarming rate. Approximately 1/8th of our planet’s plant and animal species are currently at risk. What may seem like a small fraction on its own actually works out to around one million endangered or vulnerable species when extrapolated. That’s no small figure.

Something must be done! That’s what you're supposed to say after reading a statistic like the one above. Did it spur you to action, or did it merely evoke a feeling of slight disappointment? Perhaps you, like many others, believe that something is already being done. If so, you’re right. Something is already being done — but it’s not enough. Current conservation efforts are no match for the rapid rate of habitat deterioration plaguing our ecosystems. Only partnerships with community-based conservation are capable of inciting the necessary amount of change in the recommended amount of time.

Governing bodies have done a great job drafting and implementing legislation designed to preserve critical habitats and endangered species. There are at least seven major conservation laws regulating the U.S. alone. Process typically slows progress, however, and there is plenty of red tape between written legislation and actual restoration. Even with policies in place, sometimes we’re too late. Add to that the fact that regulations are only as effective as the individuals that know and follow them, and it’s easy to see how our efforts are minimal in the grand scheme of things.

There are five major obstacles impeding the progress of most major conservation efforts today. They are as follows:

While each of these obstacles is significant in its own right, community exclusion is the only one with the potential to minimize the impact of the others when corrected. Including communities in current restoration practices and involving them in future ones instills a certain sense of responsibility and accountability, both of which are crucial to effective habit restoration strategies.

How can community-based restoration help?

Community-based restoration is, essentially, a sustainable conservation program. Rather than relying on present-day law and public opinion to assign importance, it incorporates the value of conservation efforts into the backbone of a community.  When executed correctly, habitat restoration becomes a critical consideration of the legal, academic and economic infrastructures in a given location. Let’s take a look at what community involvement in each of these areas might look like.

Federal legislation can only do so much when it comes to environmental conservation and restoration. Overarching policies provide a nice framework, yes, but they fail to consider the nuances and public sentiment of a given location. When legislation becomes local, however, communities are able to provide critical insight that may otherwise be overlooked. Local citizens tend to know more about which area practices might be hindering progress, who is involved in those practices, and which alternatives might provide a viable solution.

Furthermore, individuals are far more likely to be aware of the rules policing their own community. It’s difficult for a federal agency to enforce national acts at the municipal level, so it’s of the utmost importance that communities make local enforcement a priority. Some habitats require public assistance in order to be considered fully restored, while others must be left alone entirely. Regulations drafted and enforced at the grass-roots level ensures that each diverse habitat in the community receives the proper level of care.

One of the most important factors influencing the success of a community-based restoration program is academic involvement. Numerous colleges offer ecology and conservation programs as a part of their curriculum, including the University of California Irvine where I teach courses essential to their Master’s in Conservation and Restoration Science program, but the important information is limited to the number of students signed up to take those courses. To speed up habitat restoration, it is essential that conservation education moves beyond the walls of higher education and into the syllabi of primary and secondary schools.

Youth are the future stewards of Earth, so it’s only logical that they understand the current state of their environment as well as the impact of their actions upon it. When educators emphasize the importance of community ecology at an early age, habitat restoration becomes less of a burden and more of an ingrained attitude.

Money is often cited as a chief impediment of habitat restoration efforts. Lack of funds translates to lack of action in most cases, but it doesn’t have to. Changing the financial mindset of a community can actually help stimulate conservation economy. Say, for example, that an environment focuses on providing attractive wages and incentives for conservation-related positions within their borders. Not only are they encouraging ecologically responsible citizens to become a part of their population, but they are putting money into the hands of the individuals that are most likely to do good with it.

Urging local institutions to clearly outline conservation career paths at the educational and professional levels serves a similar purpose. The educational programs attract eco-smart students to the community and the professional pathways offer opportunities for them to stay. The more a community invests in habitat restoration personnel and advocates, the more citizens they acquire that are willing to invest in the community in return.

Habitat restoration is not a fast process, nor will it ever be. We are capable of destroying in minutes what it took nature eons to create. If we’re going to succeed in reversing the damage, if we’re going to truly make a difference, we must move restoration out of the hands of individuals and into the hearts of communities.

Barry Nerhus is an experienced biologist whose career spans environmental consulting, nonprofit work, academia, and more. Each aspect of Barry’s work is rooted in one common cause: understanding and conserving life in habitats throughout southern California and beyond.