Hiring Formerly Incarcerated People Is Good For Communities (and For Business), Leaders Say

(Image: The secret ingredient in Ben & Jerry's ice cream flavors like Chocolate Fudge Brownie and Half Baked: tasty brownies from Greyston Bakery, which hires formerly incarcerated people and others struggling to find work.)

It’s no secret that the United States has the largest prison population in the world. Nearly 2.3 million Americans sit in prisons and jails at any given time.

The mass incarceration system tears families apart and sends ripple effects across the economy and society, with communities of color being the hardest hit: Though the U.S. population is roughly 13 percent black and 19 percent Hispanic, black and brown people make up 56 percent of those incarcerated.

After decades of jailing people at increasing rates, approximately 1 in 3 U.S. adults now has a criminal record that would appear on a routine background screening.

People with conviction records are often shunned by employers, locked out of housing, and deemed too high-risk for loans and other financial services. In over a dozen states, they can never cast a vote again.

Though over 600,000 men and women come home from prison each year, more than half remain unemployed 12 months later, increasing the likelihood they’ll return. “We set up all kinds of barriers,” said Alexander Alonso, chief knowledge officer at the Society for Human Resource Management (SHRM), which represents over 300,000 HR professionals worldwide.

Experts often cite difficulty finding employment as a primary reason why almost 70 percent of people released from prison are back behind bars within three years. At the 2019 3BL Forum last week, Alonso and other business leaders called on the private sector to shift their thinking around second-chance hiring—and discussed the benefits for both business and society.

Defy Ventures has worked for over a decade to give people a second chance after incarceration. Its seven-month Entrepreneur-In-Training (EIT) program starts in prison, combining entrepreneurship training with career readiness and personal development in a rigorous 1,200-page curriculum. The program culminates in a pitch meeting inside prisons, where successful business people provide feedback and vote on ideas.

“It’s part of our subversive advocacy mission to bring business people into prison, where they’ll actually have a human interaction with somebody who is impacted by the criminal justice system,” Andrew Glazier, president and CEO of Defy Ventures, said at the Forum last week. “These person-to-person moments, these relationships, this human interaction, that's what changes the narrative.”

More than 3,000 people from 22 prisons enrolled in EIT programs last year, and nearly 1,500 graduated. The employment rate for Defy’s post-release program stood at 82 percent in 2018 and, importantly, less than 10 percent of EIT graduates returned to prison.

“Once our folks come out, we have continued mentorship and access to a growing pool of fair-chance employers,” Glazier said. “Business people are so important to this. We cannot solve this problem without business.” 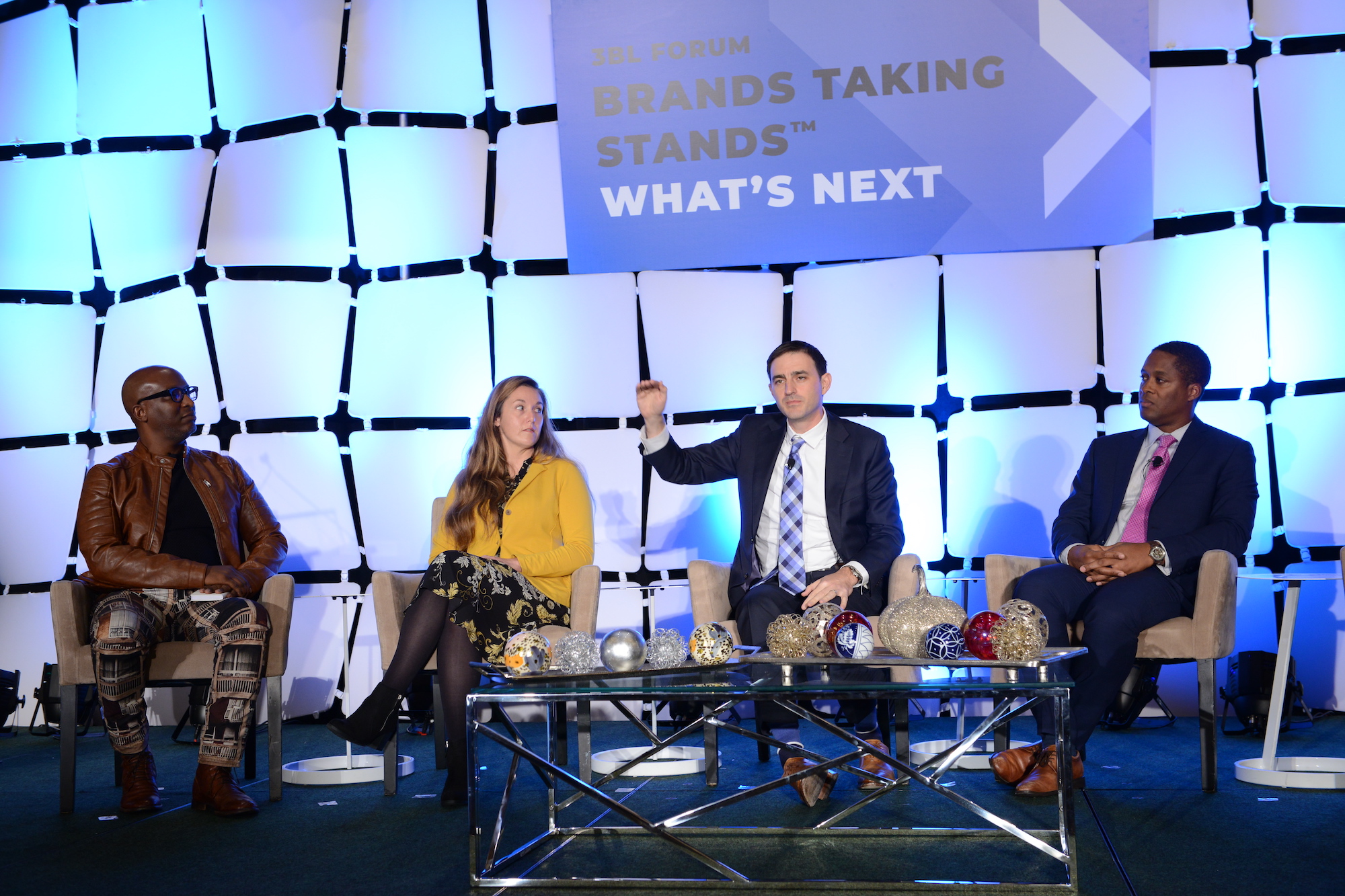 Open hiring: A bold solution to an economic problem

Getting a job at Greyston Bakery in Yonkers, New York, is as simple as writing your name—seriously.

Greyston pioneered the practice of open hiring back in 1987. Ever since, it has built its team without interviews, job applications or background checks. Applicants simply write their names on a list, and they’re hired on a first come, first served basis—no questions asked. Benefits begin on day one, and new hires go through a seven- to nine-month apprenticeship before becoming full-fledged bakers.

“We always say we don't hire people to bake brownies. We bake brownies to hire people, because that's what the bakery is all about,” Joseph Kenner, vice president of programs and partnerships for Greyston Bakery, said at the 3BL Forum. “We make that investment because we believe in the power of people. As long as they're ready, willing and able to work, we'll make that investment in them without worrying about their past.”

Greyston’s model gives an unconditional second chance to people with criminal justice histories, as well as those experiencing homelessness, substance abuse issues or who are, for whatever reason, struggling to find steady work.

What some may see as a massive risk turned into a reward for Greyston, which now supplies major corporate partners like Delta Airlines and Ben & Jerry’s. The mode has been so successful that Greyston recently partnered with Unilever to launch the Center for Open Hiring, a learning hub focused on the practice.

“I can only hire about 60 to 70 folks at any given time. I would love to see other companies taking that step,” Kenner said. “At the end of the day, this is an economic development issue. This is an innovation that we're talking about here. When we start to place folks in positions, you're making an impact in communities, particularly urban centers, and you're making an impact on your stakeholders.”

A year ago, Susan Braig was in prison on a nine-year sentence, of which she ultimately served five and half years. “During that time, I took a lot of days reexamining the path that I took in life, every poor choice I made, where I went wrong or could've changed things,” she remembered. Then, she entered Defy’s EIT program. “It made me stop questioning my poor choices in the past and start thinking about my future,” she said at the Forum last week. “It changed my life.”

Braig now runs All Broads Affordable Plumbing, a Connecticut plumbing company staffed entirely by women with criminal justice histories, and she’s just getting started. “I would like to start an education program for young women and girls to get them into the trades,” she said. “Nobody is going into the trades.”

Her inspiring story shows not only what’s possible with the help of education and investment programs like Defy’s EIT, but also the untapped potential that employers routinely leave on the table—to their own detriment and that of society.

At the 3BL Forum, Braig summed up the conversation around second chances by asking the audience to think about the worst thing they’d ever done. “Now imagine having to put that on your business card, a job application, talk about it to an HR person when you're about to be hired,” she said. “That’s what people leaving prison face.”