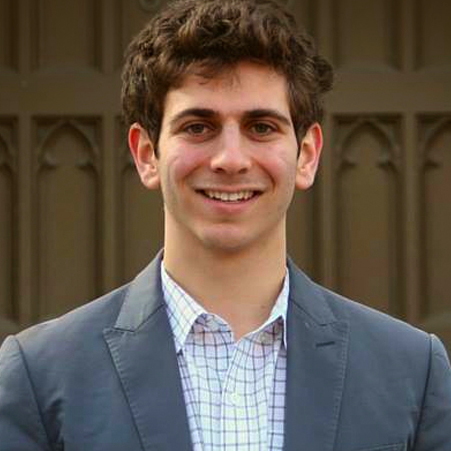 How Exxon Taught Me That Shareholders Can Change the World

Shareholders can make a difference- as in this college student who took it upon himself to take on Exxon by launching his own investor advocacy campaign.

I rose to the podium, looked then-CEO Rex Tillerson of Exxon in the eye, and spoke. “Why does Exxon fund climate-denying organizations, when you publicly support a carbon tax?”

Tillerson deflected the question at the time: “we would never impinge on ALEC’s free speech.” D’oh. Two years later, in July 2018, Exxon ceased funding ALEC, the climate change denying organization I had highlighted. Who was I? Just a college student with a tiny amount of stock, who took it upon myself to write a shareholder resolution. Socially responsible investors, including Zevin Asset Management and Walden Asset Management, helped me get on that podium at Exxon’s annual meeting. “Holy cow, more people can be doing this!”, I said to myself. So I co-founded Stake, because I saw that David could beat Goliath.

Stake organizes shareowners around petitions. At yourstake.org you can sync with your investment account and use your shares to Ask a company or mutual fund to improve. With a few clicks, you can support Asks like this one for Vanguard to support corporate political spending disclosure.

Stake has a not-so-secret sauce. We pair popular Asks with Champions – socially responsible fund managers who negotiate with the company management on behalf of all the individual shareholders who want companies to change their business practices.

Again and again, Champions lead the charge in getting companies to protect all workers from discrimination, remove firearms from grocery store shelves, and limit financing of coal power plants. My Champions, Walden and Zevin, can now be yours through Stake.

Now, Stake can be your podium.

How I got here

I studied physics, so I usually like numbers. But the climate change numbers terrify me. Four years before my encounter with Tillerson, as a wide-eyed college freshman, I read the Stern Business School review on the economics of climate change. One-sixth of the world could face threats to their water supply. Hundreds of millions of people could be left without access to sufficient food. And the World Bank said that to have any chance at avoiding a climate disaster, annual emissions have to peak by 2020. That number, 2020, stuck with me. Just a few years for the world to switch to the right path.

I immediately got to work, joining, and soon leading, Yale’s fossil fuel divestment campaign. The divestment movement brilliantly recognized that students could move large institutions towards climate action. Yale didn’t divest, but did commit to vote in support of climate-related shareholder resolutions.

So I took them up on it. I convinced a law professor to teach me how to write a resolution for a semester. I convinced my student investment fund to invest enough in Exxon to qualify for a resolution. I traveled from Connecticut to Texas to present at the annual meeting.

Let’s build a movement of investors

When I was 18 years old back in 2012, the need for peak emissions in 2020 seemed an eternity away. But like the deadline for a final paper, it’s coming fast and there’s a long way to go. The Paris commitments aren’t nearly enough to achieve climate stabilization, and we’re already failing to meet them. That said, the mainstream is shifting. Corporations, after all, fought for the U.S. to stay in the Paris Climate Agreement, and almost won.

Shareholders already have the power to influence their companies by writing resolutions or voting on annual proxies. But almost no one uses that power. Most people literally throw their proxy ballots in the trash! While proxy votes aren’t binding, companies care about what their shareholders care about.

At the same time, individuals have had no formal channels to communicate their values to their fund managers. Vanguard could do more, but it “does not hear from many of its 20 million investors on governance." Not yet, at least.

Stake allows mass shareholders to organize around the issues that matter most. Any issue, not just ones that pass SEC ordinary business restrictions. Any time, not just at the annual meeting.

When we watch our early Stake users look under the hood of their investments, we witness epiphany. People see that there’s an Ask for a company they own to cut its ties to genocide, or stop denying climate change, and want to do more than just click support. They want to build the movement, and they want to invest in a better world.

Gabe Rissman is Co-Founder and President of Yourstake.org. Gabe also co-founded Real Impact Tracker, which scores the social impact of investment funds. Gabe is the former co-head of Yale’s Dwight Hall Socially Responsible Investment Fund, which became the first undergraduate organization to file a shareholder resolution. Gabe graduated from Yale College with a B.S. in Physics. When he’s not working, Gabe likes to eat Thai food and talk about moral philosophy.