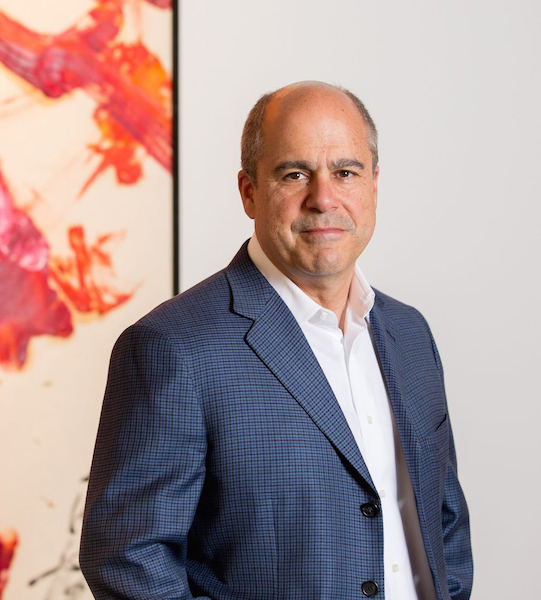 It Starts With Health: Using Technology to Address the Primary Care Crisis

As the political season starts anew, a debate about larger economic and social priorities will inevitably surge. While there are undoubtedly numerous worthy issues, the overwhelming impact of healthcare is hard to ignore. Quite simply, it is nearly impossible to learn, build relationships or perform at your best when you don’t feel well. In other words, improving education, infrastructure or employment prospects are vitally important. However, deteriorating healthcare can quickly diminish any incremental benefits. Not feeling well—be it from an acute situation, a chronic condition or the side effects of an unhealthy lifestyle—will impact one’s ability to pay attention, exert full energy or have clarity of thought.

Irrespective of one’s political leanings as to what the government’s role in healthcare should or should not be, there is no disputing the exponential benefits that health has on every area of a person's life. As such, policies or products that address this issue translate into smart business. Winston Churchill crystalized it perfectly: “Healthy citizens are the greatest asset any country can have.”

When one thinks about a reduction in productivity, it is generally due to absenteeism, which encompasses conditions or injuries that warrant staying away from work and require a home or a hospital setting. While absenteeism is significant, it is only part of the problem.

A headache, infection, rash or back pain are among the common issues which cause enough of a distraction at work or school to compromise productivity. This makes sense given how easy it is to be distracted or irritable when you aren’t feeling well. This condition of being present but having limited performance due to health matters is referred to as "presenteeism."

The U.S. Centers for Disease Control and Prevention assert that the indirect costs of poor health—from absenteeism and presenteeism—may be several times higher than direct medical costs. They estimate that productivity losses related to personal and family health problems cost employers $225 billion annually.

It is more difficult to assess the economic impact that absenteeism and presenteeism has on education. Notwithstanding the inability to calculate an exact figure, there is most certainly universal agreement to the CDC’s summary of the linkage between health and education: “Healthy students are better learners.” It is easy to imagine an unwell grade-school student who has trouble concentrating, falls behind and spirals downward as a result of being unhealthy.

Healthcare covers a wide spectrum, from complex and serious illnesses and injuries to more mundane, temporary maladies. It is not realistic to easily eliminate or improve all aspects of healthcare, but substantial benefits can be accrued by simply addressing “low-hanging fruit.” For example, letting an upper respiratory infection linger unchecked extends its duration and increases its intensity, thereby adding to the negative impact of unhealthiness. This avoidable scenario is rectified by taking the proper antibiotics at the onset of feeling sub-par. It’s quite possible that treating the condition immediately reduces the sick days needed from five to just one or two.

To put this in perspective: Bronchitis costs an average of $898 per employee in lost annual productivity and is second only to cancer in cost. This means that shortening the duration and intensity of an upper respiratory infection translates directly to improving a business’ bottom line. Similarly, the application of basic regular physical therapy may render chronic lower back pain manageable.

Rather than trying to immediately improve all aspects of healthcare, a practical solution is to focus on the attainable: Prevent common diseases, treat conditions early before they escalate, regularly manage chronic conditions and motivate healthier lifestyles. Just focusing on these aspects of healthcare can have a meaningful benefit to educational and workplace productivity. For example, another CDC study concluded that seriously obese females (BMI >40) have a 141 percent increase in absenteeism compared to normal weight females. This amounts to almost an entire week of days missed and lost productivity.

There is a simple and straightforward way to improve health—by giving everyone access to high quality primary care. Primary care prevents, treats and manages common issues that, when aggregated, become daunting for a company or country to handle. For example, in the U.S. alone there are almost 100 millions visits to healthcare professionals for upper respiratory infections each year. The results of having early and frequent primary care visits are irrefutable in terms of reducing surgeries and other encounters that compound absenteeism and presenteeism.

Unfortunately, primary care has reached crisis levels in the U.S. and around the world over the last several decades. Notwithstanding the irrefutable benefits, there is a current and growing shortage of quality primary care doctors, which as a result has rendered early and frequent access unattainable for all but a small percentage of people. In sum, the decreasing supply of caregivers has been met with an increasing demand as the population is living longer with more chronic issues than ever before.

Ideally, healthcare should be corporate and government policymakers’ top priority, given that reducing absenteeism and presenteeism has direct, tangible and immediate benefits for all involved. That said, I believe the most practical solution is going to be driven by companies attempting to capitalize on the supply and demand mismatch in primary care. Aside from the individual and societal benefits, this is a serious problem in a massive market, so helping to solve the problem could generate substantial economic opportunities.

For companies with their sights set on the economic upside and the mission of making populations healthier, there are two distinct approaches to pursue. The first involves the repurposing of traditional brick and mortar drug stores to become convenient neighborhood healthcare clinics; and the second approach is to apply deep technology to primary care in order to drive efficiency, accessibility and quality. To me, the latter seems to have a better shot at solving the problem.

Healthcare in general—and primary care specifically—is one of the few places in modern life that has yet to truly experience the benefits afforded by technology. Technology enables today’s healthcare professionals to treat more patients in a limited time, whereas opening more quasi-clinics further exacerbates an already dwindling supply of healthcare professionals. Primary care should follow the path of retail banking, where transactions that were once only accomplished in a retail bank branch are now fully consummated anywhere using the latest in mobile technology.

Solving the primary care crisis creates a unique win/win opportunity: The companies that get it right will benefit, and so will patients, caregivers, employers, educators and, ultimately, taxpayers.