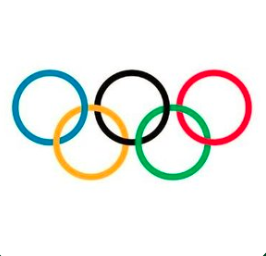 Rio 2016 sailing gold medalist Hannah Mills has launched the Big Plastic Pledge, a global campaign to unite athletes and fans around the issue of plastic pollution. The campaign is supported by the International Olympic Committee (IOC), as part of its commitment to the U.N. Clean Seas Initiative.

The Big Plastic Pledge calls on athletes and fans to reduce the use of single-use plastic in their daily lives by pledging to at least three actions, such as using refillable water bottles, refusing plastic packaging and encouraging sports clubs and event organizers to find alternatives to single-use plastic.

As a world-class sailor, Mills has experienced first-hand the devastating impacts of plastic pollution on the world’s oceans, which is what triggered her to launch the Big Plastic Pledge.

“I think, as athletes, we have such a platform to change people’s habits and demand more from our sporting events and organizers,” Mills said. “If we unite together, our voice can be so loud and powerful that we really can change people’s attitudes globally.”

Each year, we produce over 300 million tonnes of plastic, half of which we use only once and then throw away. Eight million tonnes of plastic end up in our seas every year, harming sea life and threatening our food security and health. Plastic pollution also impacts sports from surfing and sailing to hiking, cycling, running and skiing, as it damages the natural environment on which they depend.

As the leader of the Olympic Movement, the IOC offers guidance and support to International Sports Federations (IFs), National Olympic Committees (NOCs) and athletes in their efforts to address plastic pollution and other sustainability issues.

In June 2018, the IOC joined U.N. Environment’s Clean Seas campaign against plastic pollution and called on the Olympic Movement to come on board. Eleven International Sports Federations, four National Olympic Committees, worldwide Olympic partners Dow, Procter & Gamble and Coca-Cola, and the Japanese town of Ichinomiya—host of the Tokyo 2020 surfing competitions—have since joined the initiative, as well as Hannah Mills herself.

A version of this story was previously published in the 3BL Media newsroom.

The International Olympic Committee (IOC) is a not-for-profit independent international organization that is committed to building a better world through sport. It redistributes more than 90 per cent of its income to the wider sporting movement, which means that every day the equivalent of $3.4 million goes to help athletes and sports organizations at all levels around the world.