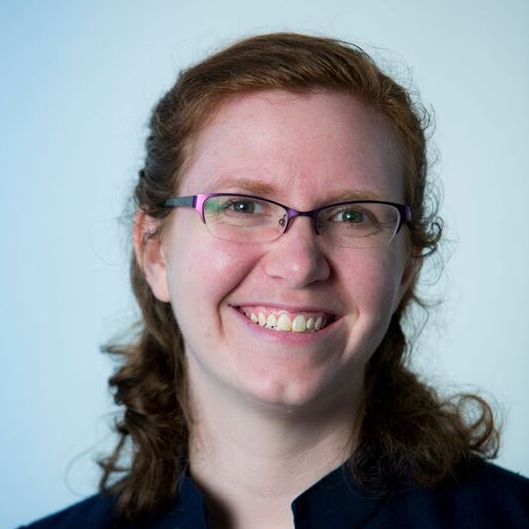 This time of year, vacationers from around the country flee the city to make their way to cool off along Maine's rocky coast and in the mountains and lakes of the Green and White Mountains of Vermont and New Hampshire. As the climate gets warmer, the summer season is getting longer, and conversely, winter tourism is suffering, with less snow to accommodate skiers and snow mobile riders.

Climate-minded communities across Northern New England are lessening their reliance on fossil fuels. Not only is a healthy planet an incentive, economics are a driving force. Consider that the northern New England states alone – Maine, New Hampshire and Vermont – spend $8.2 billion every year (66 percent of their total energy purchases) on imported fossil fuels. If these dollars were redirected toward local clean energy solutions, they could eventually cover 80 percent of the region’s energy needs via renewable heating and electricity, energy efficiency and electric vehicle transportation.

New England’s businesses and residents are seeking clean energy solutions, and entrepreneurs and forward-thinking investors are responding. In recent years, northern New England states have established clean energy policies, goals and programs – the first step toward developing clean energy markets. However, these markets are still in the early stages. A substantial scale up in investment using both traditional and new investment approaches and a combination of existing and new capital sources is needed to make efficient, clean, renewable energy the first choice for heating, electricity generation and transportation.

Solar power is a perfect example. Across rural Maine, municipalities are increasingly flipping the switch to solar, made more affordable by creative financing solutions. The town of Tremont on rural Mount Desert Island, a summer vacation destination for more than a century, held a ribbon cutting ceremony earlier this year to celebrate its new solar array, installed on the town’s capped landfill. The array will generate 100 percent of the electricity needed for the town’s municipal buildings. The project was made possible through an innovative impact investment structure devised by the mission-driven community investor Coastal Enterprises (CEI) in partnership with The Nature Conservancy (TNC) in Maine. CEI and TNC teamed up to offer communities a cost-effective way to access power purchase agreements (PPAs) with developers/owners rather than shouldering the cost of installation.

Sundog Solar installed the 153kW solar array with no upfront cost to Tremont. Instead, the town has a six-year lease agreement with its special purpose LLC, Tremont Solar, created by Sundog to own and operate the equipment. In order to make the loan terms more appealing, TNC makes modest zero-interest loans to CEI to include in its lending package to solar developers like Tremont Solar. This enables CEI to charge a lower interest rate to the developer, who can then pass along that benefit to customers in the form of more attractive PPAs.

Because of the loan terms it received from the CEI and TNC partnership, Tremont Solar is able to sell the power to the town at a rate that is expected to save $400,000 in electricity costs over the next 25 years. Furthermore, the town has the option to purchase the panels after six years, which could result in more savings. By reducing energy costs for municipalities, tax revenue is freed up for other community purposes.

Solar projects involving PPAs are by nature more complex investment structures, due to calculating the variable pricing of the multi-year electricity costs, not simply equipment and installation costs. To date, CEI has financed 7.1 MW of total solar production across 25 projects in Maine and New Hampshire, ranging from college campuses to the roofs of municipal water and sewage treatment facilities.

While TNC is providing funds only for municipal and school solar projects—and has thus far participated in three projects with CEI—CEI sees this kind of innovative finance as an investment in the region’s future where climate investors can make a difference for people and the planet over the long term. Leveraging its specialty in constructing renewable, and specifically solar, energy transactions, CEI has recently launched a new subsidiary, Bright Community Capital, to focus on investing in solar projects in communities with low incomes.

These examples reflect the disproportionately rural nature of Northern New England, with Maine and Vermont topping the list as the country’s most rural states. An average of 61% of their populations live outside of urban or suburban areas (compared to a 19% average nation-wide). By creating both locally-sourced energy and new jobs, targeted investments at the clean energy transition will help these rural communities at a time when many are undergoing tough economic transitions.

CEI’s venture capital subsidiary, CEI Ventures, invested in Westbrook, Maine-based Pika Energy, which manufactures innovative battery storage technologies to capture, store and deliver solar power on demand. Pika’s backup battery storage gives customers new, cleaner options to both save money and keep the lights on during blackouts. Pika's model was recently validated when the company was acquired by Generac, a global leader in the design and manufacture of a wide range of residential, commercial, and industrial power products.

In 2019, TNC and CEI commissioned a report by Vermont Energy Investment Corporation (VEIC), Advancing Clean Energy. It asserts that transitioning to a clean energy future will keep more of the region’s energy dollars local and attract new investment from outside the three states, demonstrating the win-win nature of a clean energy economy.

The report states that approximately $100 billion would need to be invested in northern New England to meet 80 percent of the region’s energy needs with clean energy, energy efficiency and electric vehicles. To put this investment in context, the region would otherwise import $82 billion in fossil fuels over the next decade. The largely private investment would be focused on upgrading the region’s transportation, buildings and electricity grids to transition to a clean energy economy.

Much of this transition boils down to enabling sound investment choices—for example, helping towns save money over the long-run by switching to solar. Market-based public policies, public funding, and innovative finance tools like those used by the CEI/TNC partnership can also play a key role in bridging the gap and reducing investor risk. What’s more, the dollars will be invested locally, expanding job growth and economic equity.

Creating a future in which both people and nature thrive will require significant transformation of all energy sectors away from fossil fuels. Increasing the efficient use of renewable energy for both buildings and transportation creates jobs, stimulates the local economy, decreases air pollution, alleviates fossil fuel health impacts and helps mitigate climate change. The opportunity for creative thinking and innovative investment to make a critical impact has never been more clear.

Editor's note: we had the author wrong in an earlier version of this article. We sincerely apologize for the error.

Leah B. Thibault is Director of Executive Administration & Special Projects at CEI Capital Management which creates and preserves jobs and improves quality of life in rural, low income communities by providing access to project capital through New Markets Tax Credits. It is a subsidiary of Coastal Enterprises (CEI). CEI integrates financing, business and industry expertise, and policy solutions to increase good jobs, advance environmentally sustainable enterprises, and grow more broadly shared prosperity in Maine and other rural regions. CEI is committed to building an economy that works for everyone, particularly people with low incomes, women, minorities and people of color. Learn more at www.ceimaine.org.