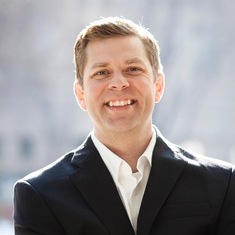 U.S. Schools Waste a Lot of Food: Small Shifts Can Fix That

Every school day when the end-of-lunch bell rings and students return to class, a little something often gets left behind: food waste. Maybe their tray was over-filled, maybe they weren’t hungry, maybe they didn’t have enough time to finish everything. What’s left on their trays may be inedible scraps like banana peels, but some is likely edible food. Whatever the reason, this food ends up in the trash, to the tune of up to 530,000 tons each school year in the U.S. alone.

Food is our most precious gift and comes with a tremendous environmental, economic and social cost. Agriculture’s expanding footprint is the single largest driver of habitat and biodiversity loss. The global food system uses 70 percent of our fresh water and creates greenhouse gas emissions both during production and when food becomes waste and is landfilled. And all of this while more than 16 million children in America face hunger.

We found that each of the schools produced on average 39.2 pounds of food waste per student per year. For milk—a product that we singled out because of its nutritional value, environmental footprint and prevalence on the lunch menu—we found that an average of around 19.4 cartons per student per year are either getting spilled down the drain or tossed messily into the trash.

Starting to test a common methodology around gathering data on cafeteria plate waste was one of the key objectives of this program. We taught students and staff to run audits and consistently examine their waste streams to track progress and reduce—and we talked about the connections between food, what goes to waste and the environment.

In the end, the top three elementary school performers reduced total food waste per student by a whopping 53 percent from first to last audit. If we could cut food waste this much in schools nationwide, it could mean huge benefits for the environment, the students and the schools.

Reducing total wasted food by just 3 percent, the average we saw from all participating schools, could add up to the equivalent of taking 12,400 passenger vehicles off the road for one year. If schools nationally reduced just milk waste by the average 12.4 percent we saw in our study, we could potentially save $17 million in lunchroom costs.

These savings could be reinvested back into food service programs to improve nutrition while also establishing the cafeteria as a real-world learning environment. Looking forward, there are several things school districts can do to realize—or even expand on—this opportunity.

Solutions range from focusing on a prevention-first model; consistent measuring; staffing up or utilizing volunteers and PTA/PTO investments to take on conservation or natural resource management responsibilities; implementing food rescue programs to help recapture and distribute safe, surplus food to students in need; and at the very least keeping food out of landfills. Schools could be the institutions making landfill diversion happen at scale immediately across the U.S. and discussing the connections between composting and healthy soils. Food should never be allowed to go to landfills.

While not all solutions will work for all schools, just about everyone can find some ways to reduce their waste. The most important thing schools can do is educate and empower their students. Seeing firsthand how much food is wasted and understanding the connection food has to nature and wildlife, students may willingly change their behavior, and then with any luck, they become lifelong food waste warriors.

For the sake of the planet, we can’t continue wasting 30 to 40 percent of all food we produce. And a new generation that appreciates the true value of food—and doesn’t view food as a disposable commodity—is an imperative for our future.

A version of this story was previously published in the 3BL Media newsroom.

As senior director of food loss and waste for the World Wildlife Fund, Pete Pearson works on food waste prevention and food recovery, helping businesses understand the intersection of agriculture and wildlife conservation.