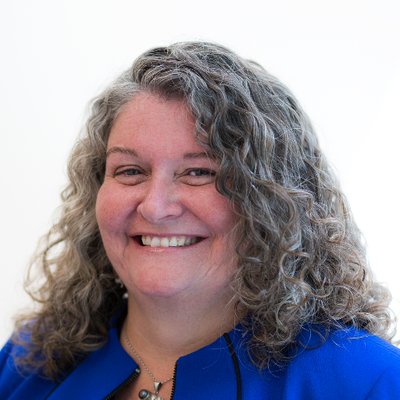 Setting our Sights on Plastic-Free Oceans by 2030

The CEO of PYXERA Global suggests four ways corporations can use their influence to move society toward plastic-free oceans by 2030.

Former New York City Mayor Michael Bloomberg recently delivered a commencement address at MIT. On the eve of the fiftieth anniversary of the Apollo 11 touchdown, he called for a new “moonshot”—one to stop climate change. That call, and the financial commitment behind it ($500 million), are surely inspiring.

Stopping climate change is a monumental challenge comprised of dozens of complicated challenges that can be paralyzing to many in their size and scope. Perhaps, instead of seeing the halt of climate change as the lunar landing, people and organizations need to coalesce around the very specific environmental goals they have the best resources to address.

Let’s take ocean plastics. Lately, you can’t scroll through a news feed without seeing articles about the marine debris problem. From photos of marine life impacted, to research proclaiming how much microplastic we ingest each day, to exposés on any one country’s contribution to the problem, much of the public is now paying attention.

In May, I had the chance to participate in a unique event assembled specifically to take bold collective action. The Ocean Plastics Leadership Summit (OPLS) took place in the North Atlantic Gyre, located in the Sargasso Sea – about 1,300 miles southeast of New York City. It was the first event of its kind, bringing together executives and leaders all dedicated to ending ocean plastic waste. With more than 150 corporate executives, NGO leaders, scientists and innovators, we set out to experience the ocean plastics crisis firsthand, both on shore and in the North Atlantic Gyre, a swirling mass of accumulated inorganic waste.

While I had considered myself somewhat knowledgeable about the problem of ocean plastics prior to setting sail, facing the hard facts of the problem was nonetheless sobering. Each year, 8 million metric tons of plastic flows into the ocean—that’s the equivalent of a garbage truck dumping a full load of plastic into the ocean every minute of the year. There may now be more than 5 trillion macro and microplastic pieces floating in the open ocean. If current trends continue, experts predict that, by 2050, the oceans will contain more plastic by weight than fish. We are, according to leading scientists studying this issue, turning our oceans into plastic soup.

At OPLS, a goal of reaching zero ocean-bound plastics in 10 years’ time was discussed. Now that would be a clear and well-defined goal. So how might more corporations use their influence to move us toward a 2030 that sees no more plastics added to our oceans?

First, get your own house in order. Evaluate how much plastic you consume in your day-to-day business operations. Whether you engage an outside expert to help you measure your plastic consumption, or conduct an in-house audit, understanding your operations’ contribution to the plastics problem is critical. If you are a plastic producer, or use plastic as a core element of your products, you have an even greater responsibility to evaluate the type of plastic produced and distributed. Once it is clear the types and sources of plastics in your operations, consider what can be eliminated, what can be replaced with a sustainable product, and what can be diverted to the most appropriate form of recycling. Most companies have little idea of the full extent of their plastic usage, and all can make internal changes that would drastically reduce the plastic going to waste.

Invest both in recycling and its sophistication in your communities. Many U.S. cities with recycling programs are collecting these goods, but due to inadequate infrastructure, are sending newspapers, cans and bottles to landfills or incinerating their waste. Other cities have stopped, or never started, collecting recyclables. This scenario is repeated across the globe, in high- and low-income nations. China’s 2018 restrictions on importing recyclables have exacerbated the amount of plastic waste destined for landfills in wealthier nations, who continue to look to poorer countries to carry the burden. Across the globe, there is a stark need to design more sophisticated ways to recycle at a local level, and corporations have the opportunity to lead investment in this space as material to their businesses.

Treat plastic as a commodity. What if we thought of plastic not as waste but as a resource? This mindset will present tangible incentives to reclaim plastic whenever possible, transforming it from a byproduct with no use or value into a resource that can be reused or converted into any number of creative uses by a resourceful population. Reframing the potential value of plastic in a circular economy is a critical step. As Mr. McGuire said to Benjamin Braddock in the 1967 movie Classic The Graduate, “There’s a great future in plastics.” In 2019, we need to see a great future in collecting and finding new uses for this valuable resource.

Invest in new solutions. If we don’t reimagine our businesses with sustainability in mind, we are missing opportunities. New initiatives such as Loop have figured it out. Loop picks up empty containers from products we use and hygienically refills them so we can reuse the containers. It is essential that we find new ways for people to replace single-use plastic wherever possible, and then scale those solutions to make them broadly accessible—geographically, practically and financially.

It is urgent for all of us to see the relevance of our oceans in every aspect of our lives. Regardless of where you live, the health of the ocean has an impact on your livelihood, health and well-being. If corporations can actively support the transition to a world without plastic waste, we stand to tell a remarkable story of how, over just a decade, we fell in love with a challenge, invested, innovated and saved our oceans.

Deirdre White is the CEO of PYXERA Global.