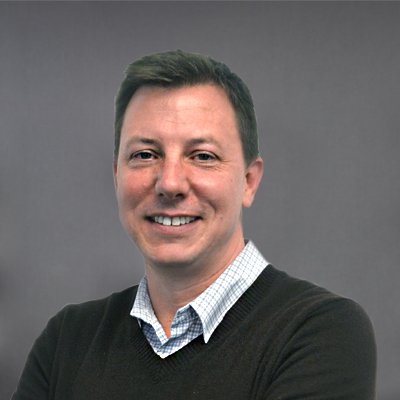 The Road to Zero-Carbon Transportation

Tackling the Decarbonization of Transportation

By now, many of us have heard the statistics and news reports: Organizations need to be moving at a much faster pace to address the global climate crisis and meet the Intergovernmental Panel on Climate Change (IPCC) report’s warning of limiting warming to no more than 1.5 degrees Celsius.

While this information might feel overwhelming, we don’t interpret it that way for two reasons. First, there has already been good progress made reducing Scope 2 emissions with increased investment in renewable energy. From utilities taking action to switch to cleaner fuels for their power plants to companies stepping up to invest in increasingly cost-competitive renewable electricity, emissions from electric power usage have been on the steady decline. Next, we know exactly where we need to turn our collective efforts to have the biggest impact on reducing GHG emissions: the transportation sector. Put simply, we have the map and know the road to take—now it’s a matter of mobilizing and taking action.

The road to reducing transportation emissions

In 2016, the transportation sector surpassed the power sector as the larger emitter of greenhouse gasses (GHG) in the U.S (responsible for 27% of emissions), driven by changes in both consumer and business market behavior.  A confluence of activities is resulting in a larger transportation carbon footprint: the growth of e-commerce (including international shipping), increased business travel as a result of globalization and more.

While solutions to transportation emissions are within sight, they come with challenges. Most will take time to become fully practical to implement on a large scale and will require a significant amount of financial investment and policy support to get there. The good news is that progress has already been made in a few notable areas, including fuel efficiency (vehicle manufacturers have made significant improvements in fuel economy) and advanced aerodynamics. However, the solution that will have the biggest impact on emissions is undoubtedly the transition to low-carbon transportation fuels (including renewable electricity).

Incentives can accelerate the transition to low-carbon fleets

Although low-carbon fuels, such as renewable power and renewable natural gas (RNG), are gaining traction, the transition to these fuels will take time. New vehicles and fueling infrastructure require large capital investments that are hard to justify before the billions of dollars of existing vehicles and infrastructure begin to wear out. There are, however, some levers available to help support the acceleration of these transitions, such as incentive programs like California’s Low Carbon Fuel Standard (LCFS) and the federal Renewable Fuel Standard (RFS). Market-based incentive programs were designed with the goal of decarbonizing the transportation fuel mix and can actually help fund fleet decarbonization and infrastructure roll out, which may otherwise be cost-prohibitive to many businesses.

California, Oregon and British Columbia have incentive programs for low-carbon transportation fuels, and several other states and provinces are considering them. California’s program requires providers of petroleum-based fuels to reduce the carbon intensity of their fuel mix by 20 percent by 2030, as compared to a 2010 baseline. The LCFS incentivizes low-carbon fueling in California by allowing alternative fuels, such as electricity or renewable natural gas, to generate credits which can then be sold in the LCFS market. Organizations already engaged in low-carbon fueling may be eligible to register those activities under what are referred to as LCFS “pathways." For organizations that have yet to transition to low-carbon fuels, the LCFS can act as a financing mechanism to help fund the transition costs.

The role of carbon offsets

In addition to incentive programs, carbon offsets are another market mechanism that play a role on the road towards decarbonizing transportation. While they are not the end goal, carbon offsets can provide a funding mechanism for programs to decarbonize auto manufacturing, recycle vehicle waste or support the rollout of EV or biofuel infrastructure.

We have a map of viable pathways for decarbonizing transportation. And there are many examples of organizations already taking action and mobilizing others to follow—but we’re going to need many more to start down this road if we’re going to make a true impact on lowering our transportation emissions. We hope that the growing availability of market-based incentives mentioned above encourage your organization to step up and take the wheel.

This article series is sponsored by 3Degrees and produced by the TriplePundit editorial team.

Mark Mondik is Vice President, Carbon Markets, at 3Degrees. With a strong curiosity about the world and a degree in finance, Mark began his career working in international development finance specializing in renewable energy projects. He then joined TerraPass, where he led a team that registered and sold more than five million carbon credits. After leading the restructuring of TerraPass into Origin Climate, Mark continued to focus on finding the right projects for customers, getting new projects built, and innovating on new types of environmental commodities. In 2017, Origin Climate merged with 3Degrees where Mark has helped build the organization into the leading supplier (by volume) of voluntary carbon offsets in North America. He also leads 3Degrees' work in using market incentives to help pay for the decarbonization of transportation fleets.