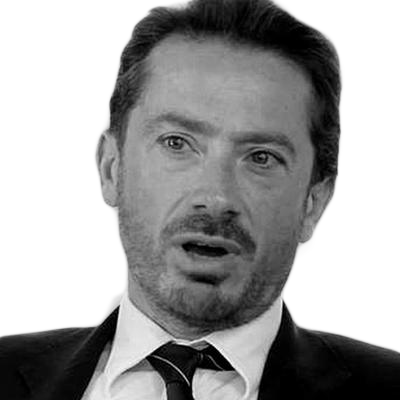 Transition at Davos: Joining The Dots

In a time of populist anger some simply dismiss Davos, but it can connect multiple stakeholders from across business, government, civil society and most importantly, across most age groups.

Attending Davos for the World Economic Forum (WEF) Annual Meeting is like being thrown into the center of the parallel universes of big business, finance and civil society. Complex issues ranging from artificial intelligence (AI), cyber-crime, financial market reform, scaling up action on the SDGs, oceans, the future of democracy, and climate change all competed for air time.

Walk into any session on a topic outside of your own field and it can feel as if people solely inhabit their own universe with little knowledge of other disciplines. If they are aware, they have little understanding of how these debates might be relevant let alone impact their own.

On the first day of the WEF, I walked into a session entitled Rethinking Global Financial Risk. It featured a panel that included Axel Weber chairman of UBS, Ray Dalio, founder Bridgewater Associates, and Fang Xinghai, vice chairman of China’s Regulatory Commission. Speakers covered many pressing topics, particularly around the impacts for the global financial markets of an economic slow-down and rebalancing of the Chinese economy.

Yet even though the WEF’s own annual survey of global risks found four out of the top five risks people are concerned about relate to climate change, it was never even mentioned.

I made this point in a question from the floor and was told that yes it was an important risk but there were many other threats that had not been discussed such as AI and Brexit. While you can’t cover everything, it is important to remember those other challenges were nowhere near as prevalent in WEF’s global risks survey.

In a time of populist anger some simply dismiss Davos. I have found it is a place that uniquely brings together multiple stakeholders from across business, government, civil society and most importantly, across most age groups. Many are drawn because of the forum’s reputation and focus on issues relevant to them in their daily work.

I also observed a real desire and purpose to contribute to building a better future. Everywhere you see the tag line: Committed to Improving the State of the World. There is an understanding of the climate emergency and commitment to help tackle it going right to the top of the WEF.

Indeed, this year the forum has several co-chairs deliberately drawn from younger generations, including Mohammed Hassan Mohamud, a 28-year-old Somali refugee from a refugee camp in Kenya where he has spent the last 20 years and still lives. I was lucky enough to hear him speak and talk to him. Of all the brilliant, powerful and connected people in Davos I have met he was perhaps the most impactful and compelling.

The WEF would benefit from more representation from new voices, particularly those left behind by globalization. By seizing this opportunity, the forum could create the diverse dialogue essential to bringing a greater focus to global problems and forging the consensus needed to solve them.

Reflecting on this potential for a spectrum of voices, on the same day as a session of Rethinking Global Financial Risk and the presentation from Brazilian President Jair Bolsonaro, there was also a major session with Britain’s Prince William and David Attenborough on the existential threat posed by climate change. Many of those who attended other sessions attended this incredibly powerful conversation on the climate emergency.

Perhaps in many ways Davos is carefully orchestrated as a safe space for open conversations and building responses to key problems. It is also a unique place for speaking truth to power, where there is a chance leaders may be more open to listening because of the nature of the Forum.

In this regard, I attended a session on the energy transition and watched a fascinating exchange between the CEOs of ENEL and Occidental.

They went back and forth on the role of the energy transition and Carbon Capture and Storage (CCS). At one-point ENEL’s CEO challenged Occidental on the viability of CCS as a solution to emissions in the energy sector. I jokingly offered him a job at Carbon Tracker if he ever found himself at a loose end.

What struck me most at this session is that there is clearly a dawning realization that the energy transition is underway and that there is an economic tipping point away from fossil fuels in favor of clean energy. Prince William even acknowledged this in a question to David Attenborough during their conversation.

Organizations like Carbon Tracker have an important role to play in moving the discussion forward. In addition to changing the narrative around climate risk in the financial markets, we can provide the tools which will allow those attending sessions, such as the one on global financial risk, to see what climate means for individual companies, investments, and assets. For example, showing how climate risk through company level analytics impacts individuals, companies, and sectors.

However, what is still missing is the realization of how this should be a game changer — particularly in the political and policy sphere as we argue in our latest paper. This is important because the energy transition underway is unlikely to roll out quickly enough to achieve the climate targets we must meet to slow and stabilize warming.

The good news, as we argue in our paper, is that policymakers can now make policy that delivers more efficient and cheaper energy solutions that benefits the climate. This is a critical message I have been making at every opportunity here in Davos.

Anthony has been Chief Executive Officer of the Carbon Tracker Initiative since February 2014. Previously he was a partner and Global Head of the Sustainability & Climate Finance Practice at global law firm Norton Rose Fulbright. Formerly he was General Counsel to the Climate Change Capital Carbon Fund and Director of Legal Policy for Climate Change Capital which he joined in September 2005.