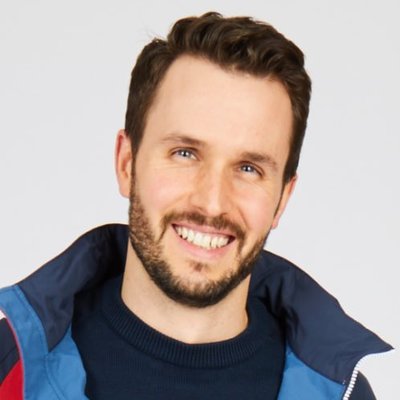 TripAdvisor Is Taking a Stand for Refugees

Why does a brand speak out or take action on a societal issue? TripAdvisor’s recent action on the behalf of refugees serves as an important case study.

Consumers are often high-profile proponents - or opponents - of brands taking public positions on social, environmental and political issues. But in the last few years, employees have been driving companies to stand up and speak out.

Companies must listen, as employees want them to take a stand

Globally, 70 percent of people say they want to work for an organization with a “powerful social conscious” and 67 percent of employees expect “their employer has a greater purpose, and my job has a meaningful societal impact.” Visit Microsoft’s careers webpage, for example, and you’ll see “Impact the World” as one pillar of the company’s corporate culture.

As a result of heightened expectations for their role in society, companies are increasingly listening to employees and empowering them to engage with causes about which they are passionate through programs such as paid volunteer time, matching charitable donations and ramping up community engagement efforts.

This decade, TripAdvisor has been stepping up to help refugees

In 2015, TripAdvisor took action during the largest humanitarian crisis since World War II and raised $1.4 million in 48 hours to support the International Rescue Committee and Mercy Corps’ work with refugees in Africa, Europe and the Middle East. TripAdvisor was one of 15 companies to first support the Obama Administration’s 2016 Call to Action for the private sector to commit to addressing the crisis.

As a White House press release from that time made clear, “As a brand TripAdvisor helps travelers, and these refugees are travelers of a different kind that truly need help.”

Since 2015, $7 million has been raised to support refugees through TripAdvisor’s foundation, customers and employees.

TripAdvisor’s credibility on supporting refugees enabled its President and CEO, Steve Kaufer, to write a blog condemning, and sign an amicus brief opposing, President Trump’s 2017 executive order suspending the resettlement of Syrian refugees and travel to the United States from seven countries with largely Muslim populations.

While TripAdvisor continues to match employee and customer contributions for various social issues, employee engagement sustains the company’s interest in such a politicized issue.

TripAdvisor took steps to educate employees on the refugee crisis and raise awareness about this global problem across the company. As a part of the company’s overall commitment, it launched company-wide giving opportunities using software from Benevity, on online platform designed to help businesses accelerate their social mission. TripAdvisor continues to host events to raise awareness for both its employees and communities worldwide, with one example being the Oxfam Refugee Road event at its Massachusetts headquarters in January 2018.

Volunteering for this issue presents challenges on many fronts – from knowing where and how to start, to keeping focus when the stubborn fact is that the very word “refugee” is polarizing to many Americans.

To that end, TripAdvisor focused its skills-based volunteerism program through Needslist, an online platform that matches products and services to communities in need worldwide. The Philadelphia-based service helps TripAdvisor connect hundreds of employees to remote tasks that meet various needs of NGOs supporting refugees.

Last year alone, the TripAdvisor Foundation purchased over 1,000 micro SD cards and employees loaded them with asylum-rights information to help displaced people, including refugees, spend less time in temporary housing such as refugee camps. When employees make it clear they want to be more involved with volunteer work related to the refugee crisis, TripAdvisor’s social impact team connects them to resettlement agencies near its office locations.

While politicians debate quotas and politicize a humanitarian crisis, TripAdvisor and its employees and customers stand with and support refugees. Moving forward, we’ll continue to see companies speaking out and taking positive action on a range of issues. Employees are expecting companies and brands to take stands on these problems – that’s good news for citizens worldwide, as some of the most pressing social problems previously ignored are now being addressed.

In the end, this action is also good for businesses, as they end up gaining far more trust in their brand.

Robbie Lock is Executive Director of the 3BL Association.

How Expensify Raised the Bar on Democracy and Corporate Social Responsibility

Your Company Can Drive Civic Engagement: Here's Why Your Actions Matter

Why Brand Activism Will Be Here to Stay, Long After 2020

This is a Defining Moment for CSR Leaders: Stand Out, or Lose Our Faith

The Climate Crisis Is Pushing Companies Toward Social and Political Activism