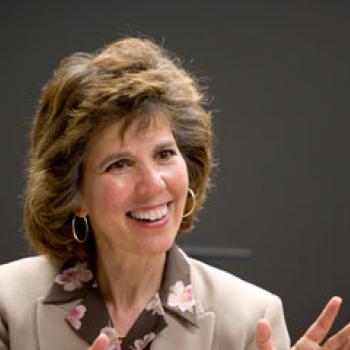 Vending Machines That Dispense Books: A Creative Solution to the 'Summer Slide'

As the school year gets into full swing, students all over the country are excitedly telling their classmates and teachers how they spent their summer vacations. For thousands of kids in New York City, that story now includes plenty of time spent with free books from JetBlue’s Soar with Reading program. This summer, JetBlue placed free book vending machines in areas identified as “book deserts” in every New York City borough including two in Queens.

Launched in 2015, Soar with Reading is an award-winning literacy initiative that tackles the lack of books available in low-income communities. Such communities are often virtually bereft of books for sale, especially age-appropriate children’s books, even in New York where NYU Steinhardt's most recent study found that over 75 percent of students reported they liked to read, a surprising difference compared to a study by the National Literacy Trust that reported only 1 in 4 enjoyed reading.

The repercussions of limited access to the books kids crave are serious for children who are learning to read. Children who are frequently read to by adults intuitively begin to understand how print works, how stories are told and retold, and how print matches to speech sounds in these early language lessons. Even more importantly, books open up the world of information, and begin to orient children toward building knowledge, essential for reading comprehension and school achievement. Studies have shown that owning 25 books or more has a sizable effect on achievement, with each additional increment of books, such as 10 or more, improving achievement.

The lack of access to books is most dire to students’ development over the summer, when kids lose the access to books that school otherwise provides. One recent study showed that 20 percent of kids between the ages of 6 and 17 didn’t read a single book over summer vacation. Those with limited print experiences are likely to start school behind and stay behind, as children who aren’t strong readers are frequently assigned simplified text with easy vocabulary words while their more proficient peers are grappling with complex text and content.

To improve book access for children in need, the private and public sectors can achieve the most success when they work together. JetBlue is one company that has stepped in to fill the void of accessible books for children over those critical summer months. Soar with Reading has located its innovative book vending machines in book deserts in five cities in as many years and has made an impact on the markets it serves by ingraining itself in the very heart of in-need communities. Before entering a new market, the Soar with Reading team spends extensive time identifying and exploring neighborhoods that qualify as book deserts before deciding where to place machines to have the greatest impact.

Getting to know the community is essential for the machines to wind up in the highest foot-trafficked locations by populations of need such as community centers, grocery stores, rec centers and state parks. It is through the networks already created by these community organizations that corporations seeking to make a measurable impact have the greatest chance of creating real change. Through this kind of partnership, both sides create greater value for the community than they could achieve on their own. The corporate partner is able to provide targeted resources to those who need them most, and the nonprofit partner benefits from the resources that often come along with a corporate responsibility partnership.

It is partly due to this kind of partnership that JetBlue was able to distribute 66,000 books in low-income New York communities this summer through its free book vending machines and will provide 34,000 books to its nonprofit partners for programming throughout the school year. Some who hear about the dearth of books in communities might argue that it’s simply a matter of supply and demand: Low-income people are less likely to value or buy books, and therefore, proprietors are less likely to stock them. JetBlue’s continued success with Soar with Reading dispels this notion: The program has donated more than $3.75 million since its inception.

Another important factor behind Soar with Reading’s continued success is modeling. It is imperative that children see the adults around them reading and that they see themselves represented in the books they read. According to Scholastic, about 6 in 10 parents (58 percent) report diversity is extremely or very important in the books their child reads, and nearly 4 in 10 kids ages 9 to 17 (38 percent) agree. JetBlue understands this need and stocks its vending machines each year with titles that feature diverse characters and language options that reflect the makeup of each community.

Next summer the Soar with Reading program will land in Boston, and JetBlue is already working to understand how to best reach students and parents alike. By meeting families in the spaces they already frequent—and offering accessible and relatable solutions—JetBlue expects to give away more than $4 million worth of books by the time next year’s program ends. Book deserts are a solvable problem, and companies can best be part of the solution by taking steps to get stories in children’s hands that they remember for many summers to come.

Image courtesy of JetBlue via the 3BL Media Newsroom

Susan B. Neuman is a Professor of Childhood and Literacy Education at NYU Steinhardt. She is a specialist in early literacy development; whose research and teaching interests include early childhood policy, curriculum, and early reading instruction for children who live in poverty. In her role as the U.S. Assistant Secretary for Elementary and Secondary Education, Neuman established the Early Reading First program, developed the Early Childhood Educator Professional Development Program, and was responsible for all activities in Title I of the Elementary and Secondary Act. She has written more than 100 articles, and authored and edited eleven books, including the three-volume Handbook of Early Literacy Research.