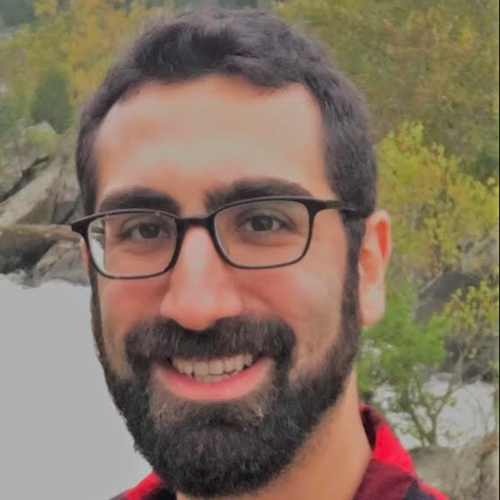 As we were often reminded during the recent Climate Week events, forests are in full retreat around the world—and their loss has dire implications for countless species, including us.

According to a recent report, populations of forest-living birds, mammals, amphibians and reptiles monitored by World Wildlife Fund (WWF) have declined by an average of 53 percent, in less than a single person's lifetime. For skeptics still looking for the canary in the coal mine, look no further. From accelerated climate change to increasing resource scarcity and infringement on human rights, the impacts of deforestation and land conversion represent a clear and present danger to human health and well-being. And we’re running out of time to turn the tide.

Nearly 500 companies have committed to eliminating deforestation and human rights violations from their supply chains, but precious few are currently on track to meet their 2020 deadlines. Many have struggled with the “how,” their efforts stymied by confusion over definitions for key terms and methods for implementing commitments and measuring progress.

But now, as we approach the 5-year anniversary of the New York Declaration on Forests – the global pledge to end deforestation from agricultural supply chains by 2020 – WWF and partners have created the roadmap that companies have been looking for.

This roadmap for avoiding deforestation and land conversion comes at a critical time. Right now we’re on course to lose an area of forest over twice the size of Texas by 2030. Historically, agriculture has been the biggest culprit, with just a few commodities—including beef, soybeans, wood and palm oil—responsible for most conversion.

The race to expand production, rather than doing more with less by intensifying production on already-cleared land, risks sacrificing one of our most effective tools against climate change. Every year, forests soak up roughly 2 billion tons of carbon dioxide from the air and store it in the ground. When we lose forest, we lose capacity to sequester more carbon and release previously stored carbon back into the atmosphere. Indeed, deforestation is the second largest source of CO2 emissions after the burning of fossil fuels.

Furthermore, forests support a wealth of biodiversity and natural resources. They are home to eight out of ten land-dwelling species and 300 million people, and provide a source of income for over a billion more. Unchecked deforestation threatens mass extinction and unprecedented economic upheaval.

Thus far, the progress companies have made toward more sustainable production falls short of what’s needed to avoid catastrophe. Many companies that have committed to no deforestation in their supply chains have cited lack of clarity over definitions, metrics, tools and other key principles and guidelines. These companies reached out to the non-profit world for assistance. Over the course of two years, WWF joined with more than a dozen environmental and social groups to design the Accountability Framework. It provides the implementation guidance companies need to close the gap between ambitious commitments and tangible results.

The Accountability Framework shows companies how to establish, implement, and monitor progress on their commitments—and it helps them choose the right tools for the job. It also lays out how they can respectfully and effectively engage indigenous peoples, local communities and smallholder farmers in the process. And, critically, the Accountability Framework makes clear the expectation that companies will go beyond their supply chains by collaborating with other stakeholders in sector-wide or landscape-wide initiatives aimed at protecting or restoring forest habitats.

We cannot curb global warming and stem the alarming loss of biodiversity without decoupling production from deforestation and land conversion. The Accountability Framework provides a blueprint for companies to do exactly that. But even the best-laid plans are for naught if companies can’t summon the will to drive truly transformational change. "I don't know what I'm supposed to do" is no longer an excuse for inaction.

Again, virtually no companies are likely to meet their original 2020 deadlines. But what they do over the next year is still critical. At the UN Convention on Biological Diversity in Beijing next October, world leaders will hopefully agree to a New Deal for People and Nature, a global pact to stop biodiversity loss that would complement the climate goals of the Paris Agreement and the forest goals of the New York Declaration on Forests. Between now and then, companies can leverage their considerable influence in support of this New Deal. More importantly, companies can lead by example, demonstrating with their own actions in line with the Accountability Framework that rapid progress is possible.

Akiva Fishman works on WWF’s Forest Team as Manager for Private Sector Interventions to tackle deforestation and degradation. He engages with companies around setting and implementing credible policies on deforestation and ecosystem conversion, and serves on the Accountability Framework initiative’s Steering Group.