What Science-Based Targets Mean for the Sports and Entertainment Sector

The sports and entertainment industry has emerged as a powerful voice on sustainability—including the adoption of science-based emissions targets that help to mitigate climate change.

Image: This solar installation atop the Staples Center at LA Live is just one example of how upgrades to sports and entertainment venues can support science-based targets.

Professional sports venues were early adopters of sustainability. Solar panels, miniature wind turbines, more responsible food choices, rainwater collection systems, and recycling stations began to pop up at arenas and stadiums across the U.S. several years ago. From baseball and football to basketball, hockey, golf and auto racing, stakeholders began to realize they were in a perfect position to spread messages about key environmental issues—and fans responded enthusiastically.

Today, the sports and entertainment industry has become an even more powerful voice on climate change and sustainability. This shift aligns well with the rest of the global business community, which has coalesced around a single, widely-accepted source for guidance on global climate issues, the Intergovernmental Panel on Climate Change (IPCC). Perhaps even more importantly, the United Nations Sustainable Development Goals (SDGs) provide businesses with a universal language for focusing public conversations on the world’s most important challenges.

Science as a corporate responsibility metric

Guidelines like those the SDGs and IPCC provide are all the more important as urgency of climate action ratchets up. In 2018, the IPCC warned that global temperatures are on pace to exceed 1.5 degrees Celsius above pre-Industrial levels in less than 12 years—increasing the intensity of storms, droughts, floods and heat waves around the world. Warming even half a degree more could substantially worsen these impacts, the IPCC concluded.

Many companies have already focused their carbon-reduction plans on the SBTi’s former criteria aligned with a 2-degree scenario and may have to scramble to meet the new goal. But several are already ahead of the game and have certified their targets through SBTi’s new standard.

The global sports and entertainment company AEG is one of those in the vanguard—and it’s raising the bar for the industry.

“We consider it basic corporate responsibility,” John Marler, vice president of energy and environment at AEG, told TriplePundit. “If this is what the science community is calling for, we have to hit that level and we have to do our part.”

SBTi sells itself on bottom-line impacts. According to its surveys, a science-based platform for climate action helps companies drive innovation, improve their resiliency when faced with regulatory uncertainties, boost investor confidence, and gain an advantage over the competition.

Science-based emissions targets also give companies the ability to spot long-term challenges—and opportunities—for business growth and decarbonization. Those two goals may seem contradictory, but it is possible to do both at once.

Sports and entertainment companies like AEG have a leg up, because data collection is already built into their DNA. “That’s exactly the approach you see in professional sports: meeting and beating the statistics,” Marler explained. “The foundation of our program is data collection. We have 86 data points for each operation worldwide (10 to 20 average for each). We have 10 years of data, so we can set goals and identify outliers.”

That focus on hard data also enables AEG to track best practices at individual venues, apply them across the company, and share them on an industry-wide basis.

One recent example is the new climate control system at AEG’s Staples Center in Los Angeles, which tackles carbon emissions through the energy-water nexus. In addition to saving energy, the system produces pure water that replenishes the surface of the ice hockey rink home to the LA Kings.

Marler advised his peers in business to look at climate action and sustainability as a form of accounting: “It’s not a stretch. Companies just have to load sustainability into their data collection. After all, data is the language of business… We’ve learned to work together with our financial accountants. It’s a matter of training and connecting.”

But AEG recognizes that staying on the carbon-reduction track is a challenge for a growing company. “What we’ve reported since 2016 is that we were having a hard time meeting that trajectory,” Marler said. “We are a growth company, so while we’re seeing efficiency gains at an individual facility level, we are also adding facilities.” 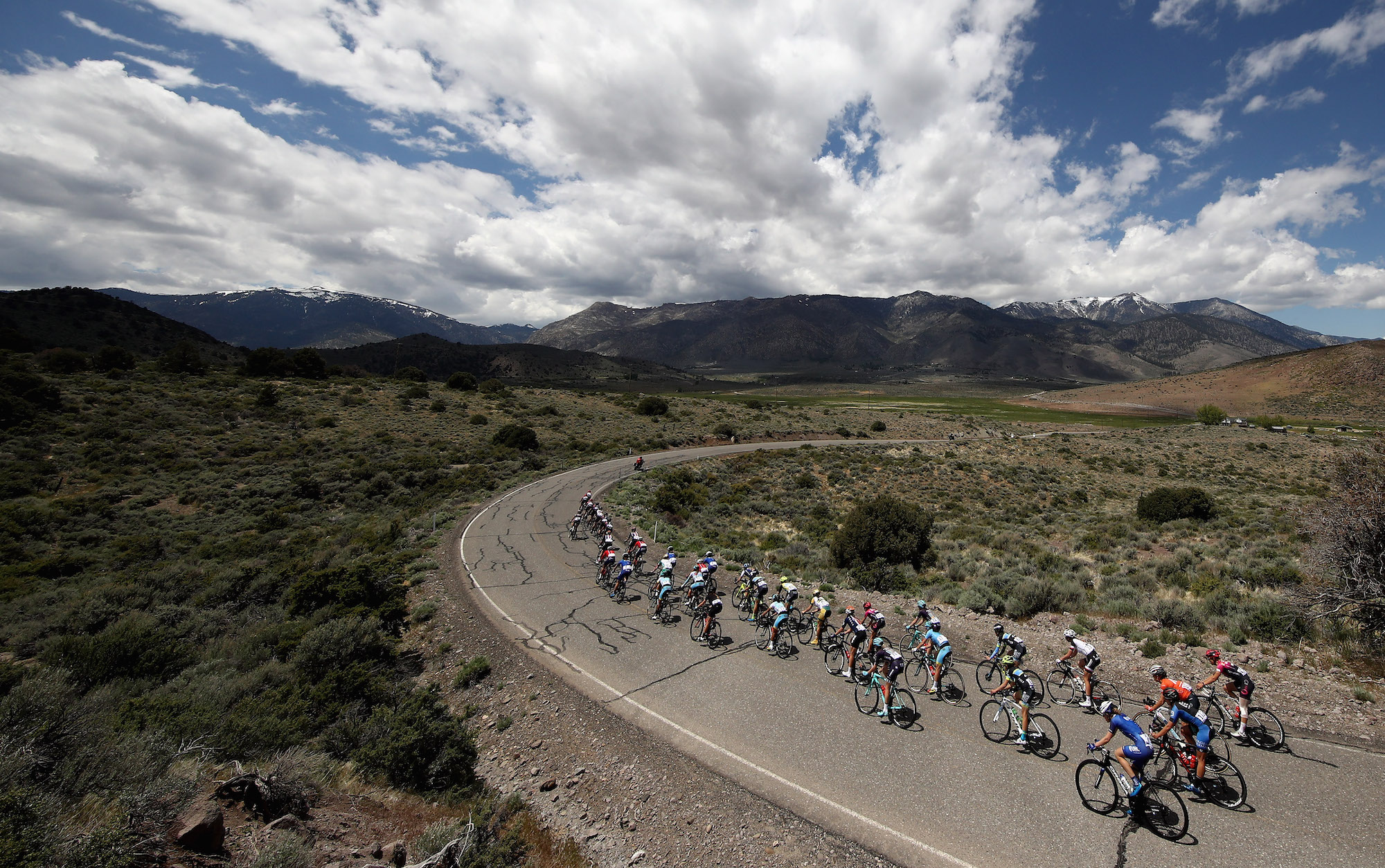 Image: Created and presented by AEG, the Amgen Tour of California highlights the distinct natural beauty of the Golden State through sport.

An analysis of AEG’s value chain revealed a pathway to work toward growth while reducing emissions, Marler said.

About 75 percent of AEG’s emissions are Scope 2, which typically refers to grid-supplied electricity. In addition to energy-efficiency upgrades, the company deploys renewable energy certificates (RECs) to offset its Scope 2 emissions and keep on track with its targets.

But Marler said the company is well aware that RECs do not tackle the heart of its problem, which is the continued reliance on fossil fuels for grid-supplied electricity. He compares the situation with the experience of cities that want more clean power and can’t get it from the grid. “For example, in Australia, their systemwide emissions are going up,” he observed. “When the grid is getting dirtier, you’re going in the wrong direction.”

That means global companies like AEG need to take on a public policy role and advocate for clean power, Marler said. In addition to engaging with policymakers, companies can also work to enlist public support for more clean power.

That’s where the SDGs come in. Though the 17 goals were intended as guideposts for national policy, businesses are also finding that they can apply selected SDGs to their operations. That provides them with a common, global language for carrying on conversations about key environmental issues, such as climate change, with the public, policymakers and other stakeholders.

For sports and entertainment companies, public outreach on climate action and sustainability can pack a powerful punch. AEG alone counts millions of visitors to the more than 22,000 events it hosts annually.

Sustainability information and signage are becoming common features at venues worldwide. But that’s only the tip of the communications iceberg. “The way to communicate these days is through social media. You can reach so many more people,” Marler said. “We’ve decided to do more of that lately, and we’re pleased with the results.”

The company’s #GOGREEN Challenge, for example, includes a personal carbon calculator and encourages people to share their success stories on social media.

Science-based emissions targets and global goals create a framework for business action. And other science-based methodologies, such as context-based water targets and data-centric goals around recycling, can help companies further streamline their supply chains.

Companies that jump on board early will likely have a leg up on competing for hearts and minds as the next generation of consumers come of age. That’s something to keep in mind, especially considering that the up-and-coming generation of climate activists is keenly aware of the importance of honest accounting on climate emissions.