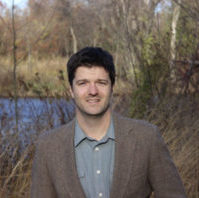 The What, Why and How of Community-Scale Composting

The following excerpt is adapted from James McSweeney’s book Community-Scale Composting Systems: A Comprehensive Practical Guide for Closing the Food System Loop and Solving Our Waste Crisis (Chelsea Green Publishing, February 2019) and is reprinted with permission from the publisher.

Everyone on the planet generates organic wastes, just as we all eat and breathe. More than 38 million tons of food scraps were generated in the United States in 2014, with only 5.1 percent being recovered or recycled, according to the U.S. Environmental Protection Agency. Naturally, an enormous diversity of systems to capture, transport and recycle organics has developed from this resource niche.

The fundamental building blocks of all composting systems are the same regardless of scale. In every system, organic refuse is generated, collected and composted. These three basic components are necessary whether the source is a single residence or a city. But composting wouldn’t exist without the fourth fundamental component of these systems, the end uses. These include a wide range of applications and markets, as well as other forms of soil fertility, animal feed and energy.

My new book covers recycling systems that handle organics at volumes above the scale of a single home and below the scale of a large city—in other words, community-scale composting. When planned appropriately, community-scale composting systems can handle the organics generated by a specific population, neighborhood or region. Across the United States, composters operating at this scale are emerging at a growing pace, as is an awareness of the benefits and services that composting provides.

In my experience, this sector of composters is typically focused on producing a very high-grade end product. Small-batch, horticultural, boutique, organic, bicycle-powered, artisan, community-based: There is no end to the ways in which these producers can be classified. What is increasingly apparent from this boom is that (1) there remains an abundance of waste; (2) awareness of the problem is growing; and (3) people are actively intervening to build the systems to collect, recycle and reuse available organic resources in their communities.

The rapid growth and maturation of composting has led to a healthy discussion about how a functional and efficient organics recycling infrastructure can and should look. One result of this discussion is the solidification of a self-identifying segment of composters referring to themselves as “community composters.” Appropriately, the concept of community composting seems to have developed organically and with no single particular origin. Rather, organizations, projects and even news articles appear to have taken on the term for its succinctness, though with their own slightly varying definitions. I first started using the term while working at the Highfields Center for Composting, to describe the services we provided. At first, I found it hard to define exactly what we were doing, but clearly it involved composting, community, education and infrastructure. Over time, I learned to describe what we did as “supporting the development of community composting programs,” and eventually our motto became “your partner in community composting.” It wasn’t until the 2012 U.S. Composting Council Conference in Orlando, Florida, that the presence of a plethora of similarly-minded practitioners around the United States helped the concept truly come into focus.

I wasn’t the only one whose eyes were opened at that conference. Within the year, conference calls and planning for the first national convergence of community composters were ongoing. In the fall of 2013, the composting industry’s leading publication, BioCycle, and the Institute for Local Self Reliance (ILSR) hosted the first Cultivating Community Composting Forum in Columbus, Ohio, a convergence that has continued annually.

In 2014, the Highfields Center for Composting (HCC) and ILSR wrote a report on community-scale organics solutions, called Growing Local Fertility: A Guide to Community Composting, from which my new book is built. We faced the question of defining community composting for both ourselves and our audience, which took a great deal of time and thought. We decided that it was critical to involve other community composting practitioners and advocates in the process, and we reached out to several of the players that were involved in the development of the national community composting forum for their input. The team also agreed that the development of defining principles, rather than a set of exclusive criteria, would have the greatest long-term impact on the culture of composting as a whole. We wanted the vision for community composting to feel inclusive to the wide array of practitioners who identify with the term, and ideally to act as a standard of social and environmental ethics toward which anyone in the organics recycling sector could strive.

The team arrived at the following set of Core Community Composting Principles:

1. Resources recovered. Waste is reduced; food scraps and other organic materials are diverted from disposal and composted.

2. Locally based and closed loop. Organic materials are a community asset and are generated and recycled into compost within the same neighborhood or community.

4. Community-scaled and diverse. Composting infrastructure is diverse, distributed and sustainable; systems are scaled to meet the needs of a self-defined community.

5. Community-engaged, -empowered and -educated. Compost programming engages and educates the community in food systems thinking, resource stewardship, or community sustainability while providing solutions that empower individuals, businesses, and institutions to capture organic waste and retain it as a community resource.

6. Community-supported. Programming aligns with community goals, such as healthy soils and healthy people, and is supported by the community it serves. The reverse is true, too. A community composting program supports a community's social, economic and environmental well-being.

To many people, it may be a given that the composts you produce at home are intended for use in food production, but I can assure you, this is commonly not the case. Much as you see with foods in organic agriculture, the scale, localness, distribution, processing and quality of the composts that are available to the end consumer can vary hugely from producer to producer and product to product. In fact, today’s organics recycling is as much a waste management business as it is an agricultural practice. There is sometimes tension between these two sectors, despite the common goal of minimizing waste and conserving resources. In unique cases, operations from the waste industry display an awareness of the needs of agricultural producers, but this is by no means a given, which many in the waste management sector openly admit.

While managing food scraps as a high-quality agricultural input holds enormous value, that potential frequently goes unrealized. Instead composts on the market are often immature, contain significant plastic nanoparticles or are commingled with sewage, reducing the options for end use. The use of such composts must be better understood and targeted appropriately. One 2009 study, for example, found a correlation between facility scale and the presence of fecal indicators (bad bugs in human and animal feces), with levels of E. coli and salmonella increasing with facility scale.

Another undesirable trend is utilizing water resource recovery facilities or WRRFs (formerly known as wastewater treatment plants or WTPs) for organics recycling. Combining food scraps with sewage reduces the food scraps’ potential end uses, creating an end product that is less marketable and contains traces of everything that went into the sewage system including heavy metals and industrial wastes. While this approach keeps organic resources out of landfills, the yields can be highly variable when it comes to their quality as an agricultural input, offsets of greenhouse gas (GHG) emissions and renewable energy status, and overall net benefit to the environment and society. In cases where the solids fraction coming out of the WRRF are not separated and composted, many people are rightly calling this practice out as “composting” in name only.

Until quite recently, depending upon where you live, small-scale producers of high-quality composts have been either the norm or nonexistent. The tremendous growth in composting has led to an explosion of composting at all scales, hence a stratification of distinct sectors of organics recyclers. In many places small-scale high-quality producers are nonexistent or just now starting to appear. In other places community-scale composting forged the path, and now laws and other factors have initiated larger operations that potentially threaten smaller producers.

All of that said, the community-scale composting movement is not about condemning any one sector of organics recyclers. Organics recycling is nuanced, and there is a need for infrastructure that meets the scale of our population, as well as a need for diverse grades of composts for a variety of applications, including non-food-producing lands. Instead, community-scale composting’s role is to make great, local-food-system-grade composts and to be a growing model of local, closed-loop ecological principles.

James McSweeney is a composting consultant and educator. Through his work at the Highfields Center for Composting and current consultancy, Compost Technical Services, James has worked with hundreds of composters, large and small, on everything from site planning, design, and management to compost heat recovery and livestock feeding systems. His new book,  Community-Scale Composting Systems: A Comprehensive Practical Guide for Closing the Food System Loop and Solving Our Waste Crisis (Chelsea Green Publishing, February 2019), is available now.