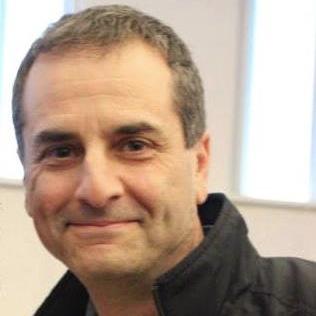 Why We Have No Time for Climate Despair

Last month saw a massive global rising led by young people, demanding the grown-ups act urgently and ambitiously to save their future. At the same time, a deep climate despair is gripping a number of people who are awake to the crisis. Indeed, some are worried that it is now too late to stabilize the climate. The best we can do, they say, is build more resilient communities to withstand the coming climate-induced socio-economic breakdown. The novelist Jonathan Franzen recently made this case in The New Yorker.

“There may come a time, sooner than any of us likes to think, when the systems of industrial agriculture and global trade break down and homeless people outnumber people with homes.” He concludes that local farming and strong communities “will be essential in a crisis and in whatever society survives it.” (emphasis added)

Franzen speaks for a growing group worn down by the far-reaching damage we are doing to our world, who see climate change in apocalyptic terms, a phenomenon very likely to end human civilization as we know it.

This is precisely the wrong historical moment to abandon belief in a finer future. Climate solutions are now cheaper then fossil fuels, and getting cheaper. It lies within our grasp to rewire the world with clean energy. So why are some folks giving up?

It’s not too late to fight climate change

This new climate despair is being fed by two beliefs. The first is that the impacts of even 2 degrees Celsius will be so catastrophic that the civilization will not survive. This is just wrong. Two degrees will be bad, not the end of the world.  The second fear is that we can’t cut emissions fast enough to stay below 2°C.  Time is indeed short. By 2030, can we really get on the path to stabilizing the climate at the low end of warming?

Yes. In the past few years the path to deliver 2°C (or less) has been getting cheaper every day.  Utility scale solar is already crushing fossil fuel across the world. In competitive energy bids in Colorado, Idaho, and California. solar plus wind plus storage bids are coming in at half the price of natural gas. Utility scale battery storage is already shuttering existing natural gas-powered plants. Very soon, distributed solar plus batteries will start to destroy the basic business model underlying the centralized grid.

The transformation is already underway

On the transport side, Mercedes Benz executives recently announced that they have designed the last gasoline-powered cars they will ever build. Add in driverless electric vehicles (EVs)—Lyft says that half its rides will be driverless within ten years-- and the disruptive market dynamics become even more powerful.  Last month, Mad Money’s Jim Cramer—about as far from a sustainability advocate as you can get— wrote: “Oil's a goner. Natural gas is a goner. The oil complex is becoming un-investible before our very eyes.”

These transformative technologies are all arriving on the scene simultaneously, and just in time.  They are here courtesy of decades of forward-thinking government RD&D spending in the U.S., Europe and China that drove down the cost of renewable energy and EV’s to a level now competitive with, and rapidly getting cheaper then fossil fuel options. Because it was only a few years ago that these technologies were indeed expensive alternatives, many observers have misjudged what it will take to stabilize the climate.  Mainstream analysts like Cramer are just now getting it.

Running renewable price declines forwards means that by the mid 2020’s, the solar and the EV revolutions will be fully market driven. The policy challenge in energy and transport then is no longer top down, it is bottom up: tearing down obstacles at the state, city and utility level, and ensuring justice in the transition. Today we now have both the low cost technologies and successful business models to achieve the low-end Paris goal of 1.5 degrees Celsius.

To imagine how we might actually solve climate change by 2030, watch this video by Silicon Valley entrepreneur and Stanford Professor Tony Seba, or read my paper with Hunter Lovins, or the summary here. The basic argument is that solar plus storage plus driverless EV’s will be soon be so cheap that they will blow the existing energy and transportation infrastructure to bits. These renewable energy technologies could spread quickly across the earth in the next decade, as smart phones did in the last: from zero to 2.5 billion users, one-third of the world’s population, in 10 years.

Fighting to win and avoid the trip of climate despair

Solving climate by 2030 is possible. Of course, opposition from utilities and oil companies could delay the path to “solar dominance” to 20 years. Or 30. The timing, and how much global warming we get—low end or catastrophic-- depends critically on the level of political engagement by people like you and me with our states, cities and utilities. But regardless, the solar revolution is coming. Ask the CEO of Shell or the analysts at McKinsey. And if we fight hard enough for it, we can absolutely hold global heating to 2°C or less.

Despite this, you don’t have to scratch far below the surface to find an increasing number of grown-ups in climate despair, no longer able to see a way through to stabilizing the climate. But this fear is not grounded in what markets are telling us about climate solutions. Absorbing apocalyptic visions served up daily on our news feeds, it has become easier for many to imagine billions of people homeless and human civilization in ruins then it is a world rewired with clean energy.

By contrast, watch Greta Thunberg, the 16-year old talking truth to the powerful, and you can see the internal balancing of a warrior.  Already bearing the pain of loss her generation faces, she is nevertheless telling us to fight for her future. This is no time for climate despair. Now more than ever we can see the path to solving climate change by 2030, and all that stands in our way is a lot of hard work.

Dr. Eban Goodstein is an economist and Director of Graduate Programs in Sustainability at Bard College. Goodstein is the author of three books, including Economics and the Environment, (John Wiley and Sons: 2017) now in its eighth edition.