(Image: A group of youth activists protest in favor of indigenous rights and climate action at the COP25 climate talks in Madrid.)

Even as scientists issue dire warnings about the impacts of climate change, many still seem to view it as an amorphous threat that doesn't relate to them.

"Risks are most salient if they apply to you,” Robert Lempert, a principal researcher at the nonprofit public policy think tank RAND, told Wired last fall. Lempert put that notion to work as lead author of the fourth U.S. National Climate Assessment, which broke down potential climate impacts by region—in part to attract attention from lawmakers, Lampert said.

"Despite scientific evidence, decades of diplomatic summits and repeated calls for action, some people still do not believe that climate change is real, and impacting us today,"  the group said in a press statement. "However, it seems that more people are willing to accept that change is afoot when confronted with it at a local level."

To bring the conversation home, Fridays for Future redesigned vintage tourism posters to reflect how destinations would look under current climate scenarios. 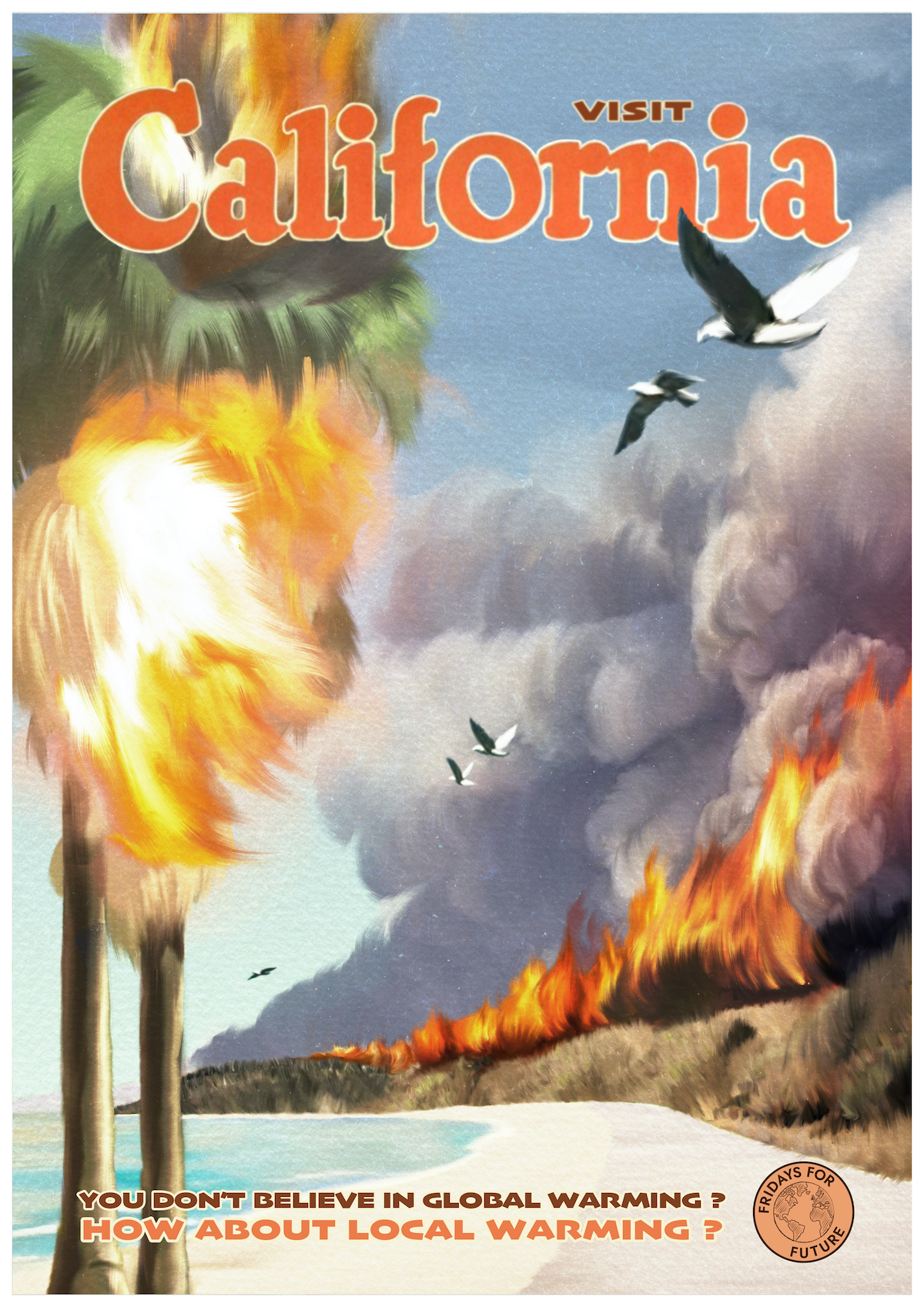 This grim view of future travel is not so far off base. In November, Venice experienced its worst high-tide flooding in over 50 years. California wildfire seasons continue to break records. And top tourist destinations from the South Pacific to the Arctic Circle are already being impacted by climate change. 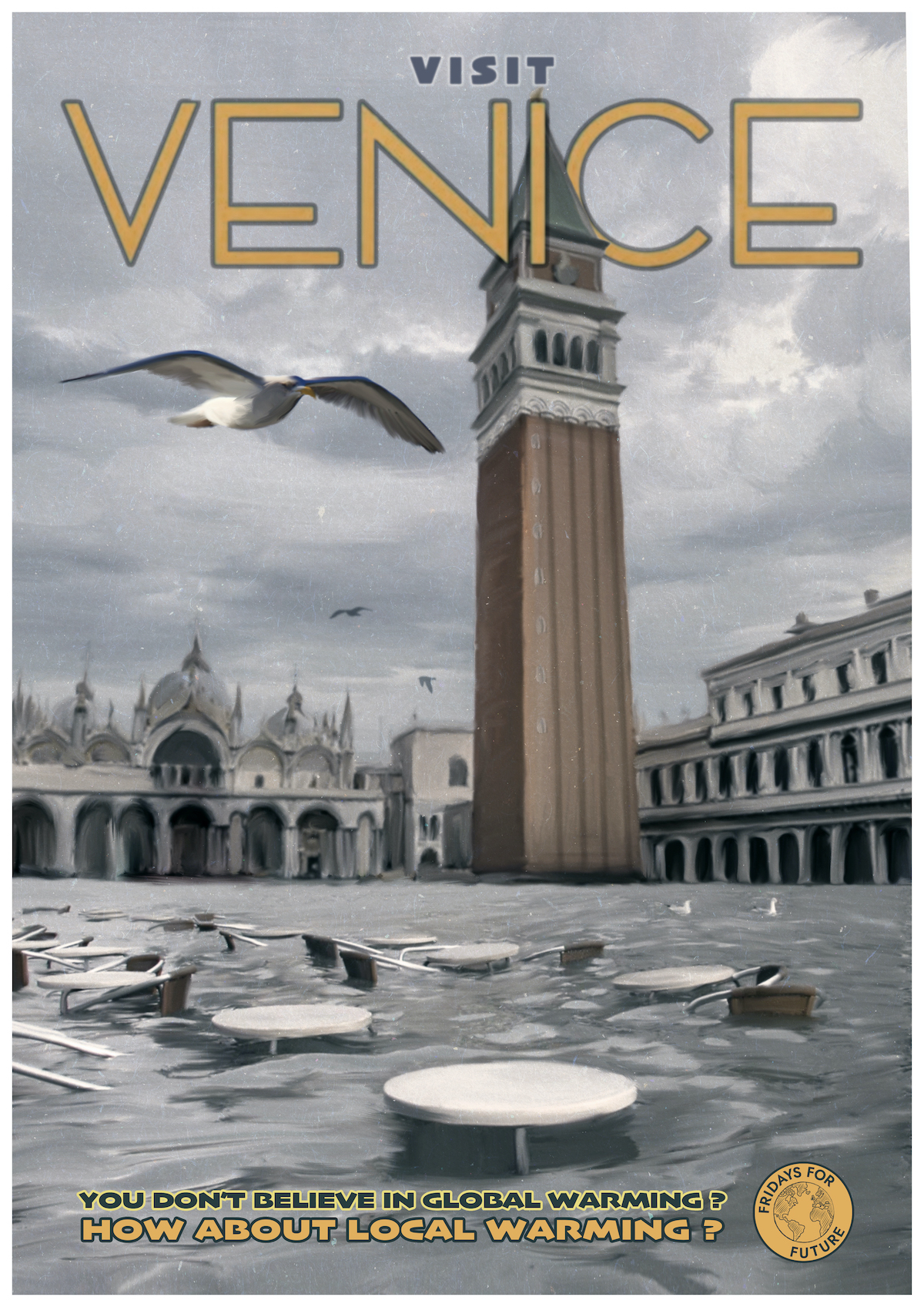 The local context theory also has data behind it. In the U.S., 67 percent of people worry climate change will harm future generations, but only 42 percent think it will harm them personally. In New Zealand, people living near a coastline are more likely to accept climate science. And in the U.K., concern about climate change rose alongside perceptions that "it is already having an impact" in the country. 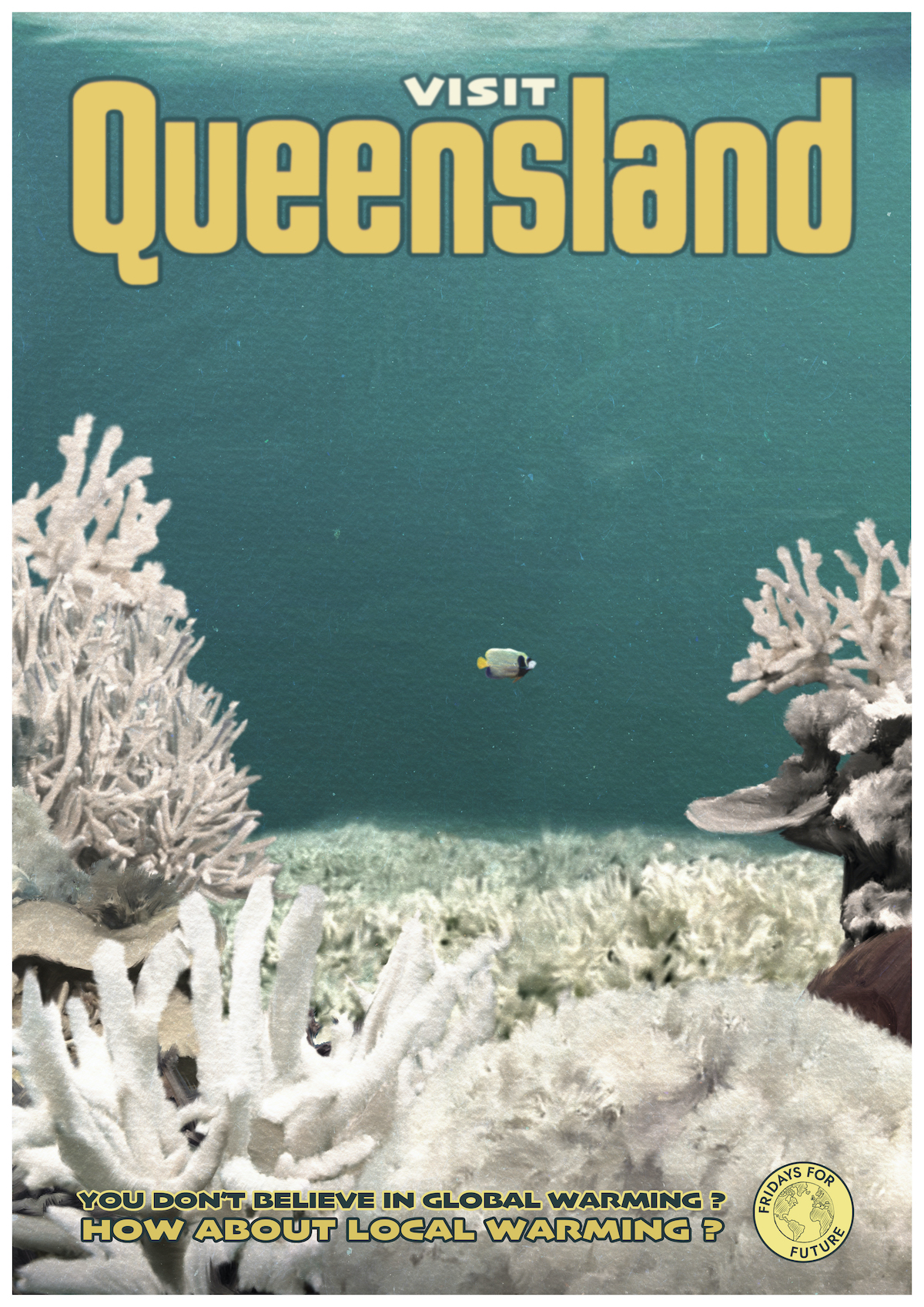 The images also call to mind research published by Climate Central this fall, which indicates the impact of rising sea levels may be more widespread than previously thought. As reported in the New York Times, entire regions could all but disappear by 2050—including Southern Vietnam and Ho Chi Minh City; most of the Shanghai, China, metro area; and almost all of Mumbai, India. 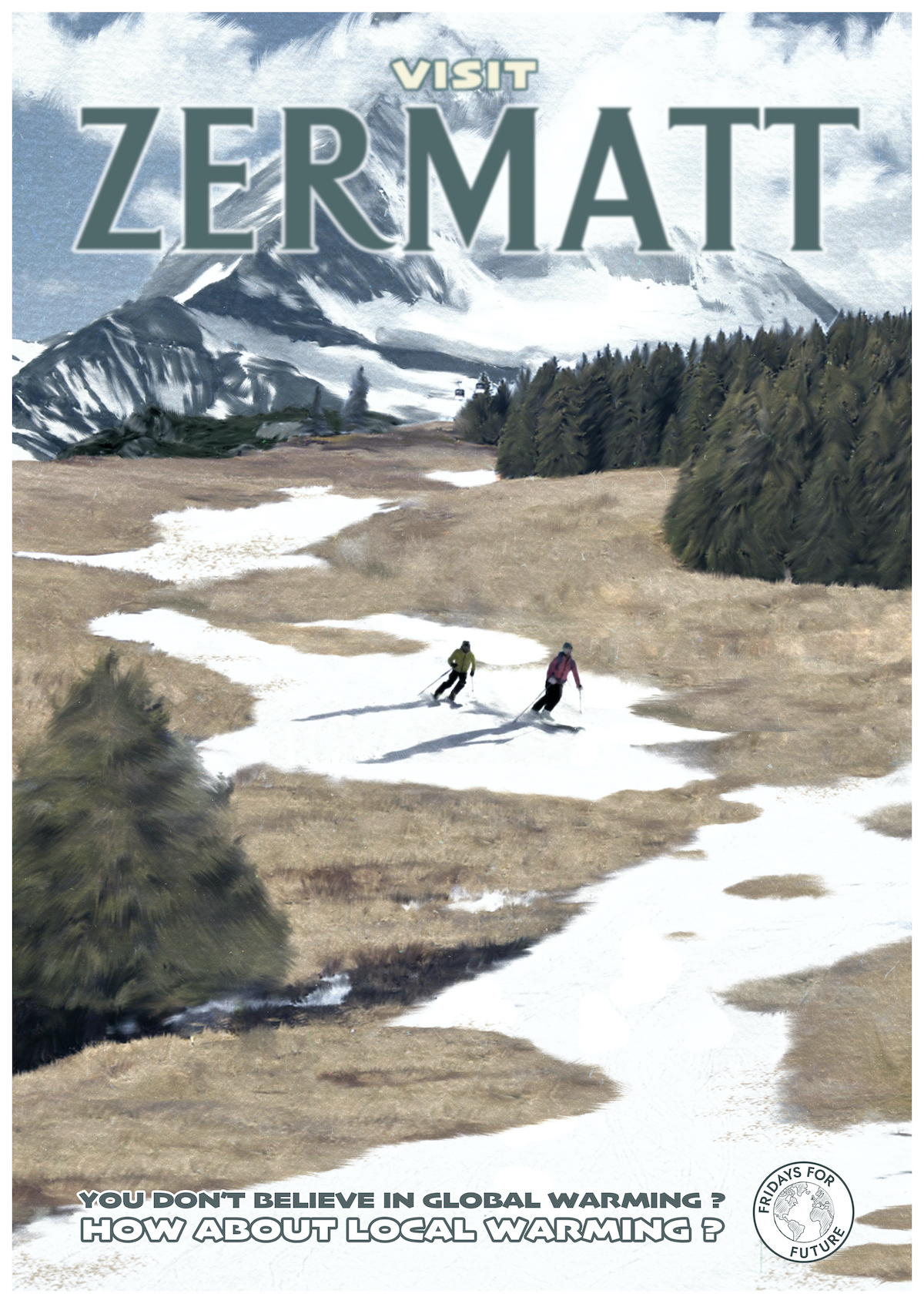 When security tried to usher youth activists away, they staged an impromptu sit-in. It was an unprecedented public stance in what are usually highly regimented proceedings, as shared by teenage Scottish climate activist Dylan Hamilton on Twitter: 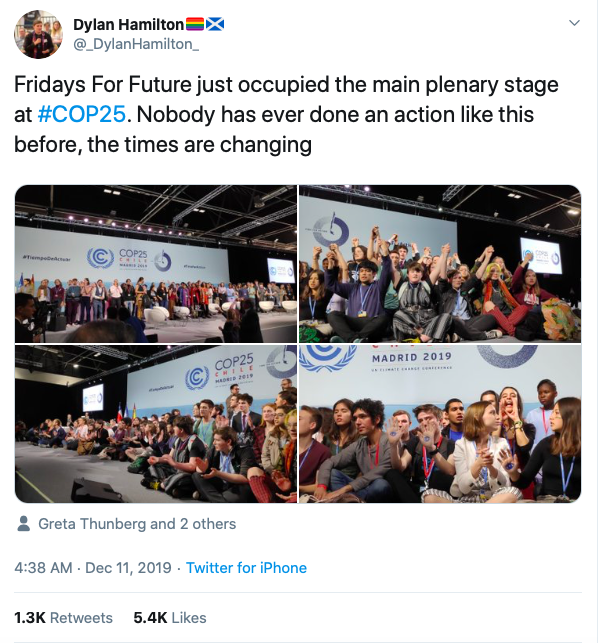 Ultimately, more than 300 people—including indigenous leaders and youth activists—were pushed out of the event space. "People were bullied & kicked," an account affiliated with Fridays For Future Germany tweeted on Wednesday. "Then we were kettled on the street & refused to get back in – but we won't be silenced!"

Those words proved prescient, as protesters took to the streets around the world again on Friday, Dec. 13, and 16-year-old Thunberg was named Time magazine's Person of the Year.