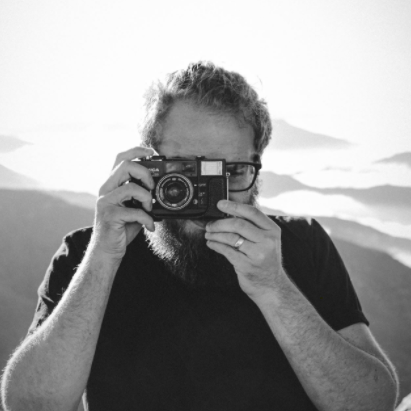 Advertising: An Overlooked Contributor to the Climate Crisis

If you made a list of the major contributors to climate change, some usual suspects may spring to mind: airlines and air travel, Amazon Prime and next-day shipping logistics, oil and gas companies, or the methane produced from factory farms, to name some of the most common. However, a new report commissioned by the Badvertising campaign zooms out to take a look at an indirect (but highly influential) background player in the climate crisis: advertising.

When you stop to think about it, advertisements are truly next to omnipresent. Beyond the traditional methods of TV spots, billboards and mailers, ads show up before YouTube videos, in our social media feeds, on our news sites, on the sides of buildings, on cars and in our games.

The ways ads find us are becoming more sophisticated, too. With an ever-expanding toolkit of data collection, algorithms, artificial intelligence (AI) and other advertising technologies, consumers are typically seeing highly targeted, relevant ads for things they're relatively likely to purchase.

All of this is to say: Ads are everywhere — and they exist, generally speaking, to get consumers to consume. “Advertising leads people to place higher value on consumption of what they see advertised and lower value on having more time available for non-work activities," wrote Tim Kasser, an emeritus professor of psychology at Knox College and co-author of the Badvertising report.

A number of studies cited throughout the report support the idea that “exposure to advertising heightens the priority people place on materialistic values and goals” and, problematically, that “materialism is associated with negative ecological attitudes and unsustainable behaviors.”

In one instance, a German study of around 1,000 individuals found that exposure to flight advertisements increased the willingness to fly.

So, whether it’s the suggestion that we hop on a plane to travel to new places, that we lease the new SUV, or purchase another shirt or pair of shoes, the mere exposure to messaging that is designed to get us to consume more seems to be doing its job.

What’s worse is the data suggests that it’s a bit of a vicious cycle, too, in that the more people have materialistic values and goals as a priority, the less they appear to care about the state of the environment. They’re also less likely to do things like recycle or pay attention to or vote for progressive climate policies.

But in this new era where the impact of how and what we consume is under scrutiny, how has the advertising industry managed to fly under the radar in its role pushing activities that heavily contribute to climate change?

One suggestion is that, much like tobacco, advertising is seen as sometimes separate from the product. They’re something of a neutral, there “to carry out the mission,” and the manufacturer or organization is the ultimately responsible party.

The issue is that if they — the ad agency — do their job well, they may be endorsing or encouraging user adoption of products, services, and experiences that play a role in climate change, and in this case — according to this study — there is “a large and growing body of scientific evidence is consistent with the conclusion that advertising indirectly causes climate and ecological degradation through its encouragement of materialistic values and goals.”

Regulation is one option. Earlier this year, French lawmakers discussed a bill with the potential to give advertising a main role in moving towards a greener economy instituting a series of progressive bans on the promotion of “toxic” products, giving local politicians more power to regulate advertising, and ultimately changing the conversation to reduce overconsumption.

Stephen Woodford, CEO of the Advertising Association, disagrees. “Banning advertising of certain parts of the economy is not the answer; applying pressure on systemic change in the way an industry operates is, and recognizing that advertising itself will make the best contribution to climate action by helping promoting these critical changes to people and encourage rapid behavior change.”

Andrew Rurik is a filmmaker, focusing on brand strategy for brands and businesses working on conservation issues, as well as sustainability technology and innovation. He's often found in the mountains or at the beach with dog, Kona. He likes his music too loud and subscribes to too many podcasts. Andrew is also a fan of great stories, great movies, and great whiskey. Learn more about him through is agency, Third Shift Creative, and you can subscribe to his podcast, too.