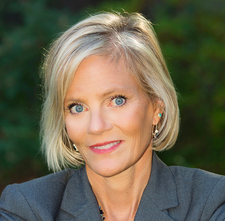 The staggering human and environmental toll of the latest Australia bushfires continues to rise, and peak fire season hasn’t even arrived yet for some parts of the country. Efforts have rightly focused on providing immediate assistance to communities impacted by the fires, but eventually leaders will also have to contend with the huge economic cost of this disaster—and what it could mean for the future of both Australia and the world at large.

The damage from Australia’s fires, so large now that they have generated their own weather systems, is likely to exceed the US$3 billion record set by their devastating “Black Saturday” fires in 2009. Analysts have revised down the nation’s economic growth forecast due to the disaster. To justify their more pessimistic outlook, they cite not just the cost of recovery and rebuilding, but also the harm to key sectors like agriculture, tourism and construction, a dip in consumer confidence, and the health and productivity costs incurred by widespread air pollution.

Australia bushfires a signal that environmental disasters are now the norm

It’s not hard to imagine a day in the not-too-distant future when such disasters are the norm. This month, the World Economic Forum (WEF) provided a glimpse into this future with its annual Global Risks Report. As identified by the report respondents, the five most likely risks over the next decade are all connected to environmental degradation. This is the first time a single issue has dominated the top five spots in the report’s 14-year history—a grim milestone that should send shockwaves through the global business community.

The writing is on the wall. Last April, in an open letter on climate-related financial risks, the heads of the Bank of England and the Bank of France concluded that “companies and industries [that] fail to adjust to this new world…will fail to exist.” On January 14, BlackRock CEO Larry Fink wrote in his letter to clients that “climate change has become a defining factor in companies’ long-term prospects.” A few days later, a report by the McKinsey Global Institute echoed that assertion, projecting that "climate change could put hundreds of millions of lives, trillions of dollars of economic activity, and the world's physical and natural capital at risk.”

That term “natural capital” is key to understanding the immense challenge we face. Natural capital refers to the clean water, fertile soil, wildlife and other natural resources that sustain human civilization itself as well as global commerce. The total value of the benefits that nature provides to people—from food and fuel to medicine, crop pollination, carbon sequestration, disaster protection and more—exceeds US$125 trillion annually.

In the past, Earth has been able replenish these “natural assets.” Fish repopulate. Forests regrow. But humanity is now consuming energy and resources faster than the planet can regenerate them. We are effectively borrowing natural capital from future generations. In point of fact, “stealing’ may be the more appropriate word for it, because some of Earth’s bounty, once lost, is likely gone forever.

Indeed, the tragedy unfolding in Australia—over 1 billion animals killed and millions of acres of forest incinerated—is an acute manifestation of a much larger problem. Around the world, one in four species now face extinction. Ocean temperatures and acidity levels are rising. Shifting weather patterns raise the specter of food and water insecurity. All of these disruptive changes put supply chains, infrastructure and investments at risk, effectively placing companies at the forefront of this crisis. As a result, companies that still want to be in business 50 years from now need to ask themselves two questions. How can they help to mitigate further damage to nature? And how can they adapt to the changes already baked into our future?

Time for the global business community to step up

The answers to these two questions are inextricably linked, because nature is not just a source of goods and services, it’s also our first line of defense against extreme weather events and other climate impacts. Even as companies learn to do more with less—by reducing their emissions and adopting more sustainable approaches to production and waste management—they must also make nature-based solutions an integral part of their efforts to build resilience in a new era of constant change and disruption. To return to the example of Australia, companies that do business there have an opportunity to help communities rebuild the right way. That means shifting production and infrastructure away from high risk areas, transitioning to renewables, and restoring destroyed and degraded landscapes with more resilient plant species. It also means removing invasive species that crowd out the native species and can actually increase the likelihood of fires.

Companies can also leverage their considerable influence to urge governments and consumers toward better environmental stewardship. At COP 25 in Madrid last month, we saw world leaders fail to reach a consensus for global climate action. But we also saw many others—states, cities, tribes and businesses—eager to adopt ambitious goals and implement concrete plans to achieve them. These leaders are the vanguard of the 21st century climate movement, and more join their ranks every day.

As we enter a new year, and a new decade, companies must resolve to make business-as-usual a thing of the past. The latest Australia bushfires can herald a future of more chaos and calamity, or it can be the impetus for companies, communities and nations to choose a better path.