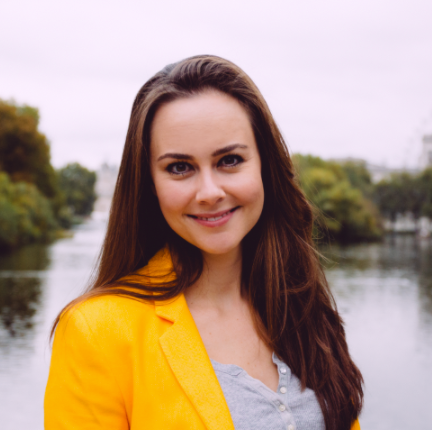 Businesses Must Step Up to Reform the U.S. Justice System

This op-ed on reforming the U.S. justice system was co-written with Ashish Prashar.

The past couple of weeks saw the movement to tear down the racist and ineffective American justice system grow exponentially. People from all walks of life felt compelled to speak out and stand up, so moved were they by the senseless killing of George Floyd. People are very angry, and rightly so.

But what happens next? Concrete and deliberate next steps need to be taken by the most powerful in our communities to change the fate of those for whom power has been consistently and systematically taken away. Ending racism in America requires a fundamental overhaul of the justice system, and we believe businesses must join us at the table if we are to see meaningful change.

This brutal murder shocked and outraged so many of us; but the relationship between racism and the administration of justice should come as no surprise. We were instantly reminded of Trayvon Martin, Rodney King, Michael Brown and countless others. It reminded us of what we already knew — that justice isn’t colorblind.

Why has it taken so long to drive this home for so many people? The racism that defines the U.S. justice system is world-renowned. In America, Black people are incarcerated at five times the rate of white people. One in four Black men will go to jail at some point in their lives. Despite the fact that Black people take drugs at exactly the same rate as white people, they are 10 times more likely to be arrested for drug offenses. We’re angry, but we should have been furious years ago, while the walls of this unequal system were built around us.

So, thousands took to the streets in an act of political protest. Businesses and brands quickly joined the fight, posting on social media and displaying the now ubiquitous “black square." But through the tear gas and the Twitter trolls, we’re compelled to ask: How can we make it count this time? How can we meaningfully fight prejudice in the hearts of those sworn to protect us equally, and banish racism from our justice system once and for all?

The most effective solutions are complex, unclear and hard to identify. The same cannot be said for the most influential actors.

Businesses have already shown how much influence they can have when they plant their flag in this debate. Nike’s defense of Colin Kaepernick was front-page news after he kneeled during the national anthem to protest racial inequality. True to their word, they have already joined the fight once again, adapting their world famous slogan to ask people: “For once, Don’t do it. Don't pretend there's not a problem in America. Don't turn your back on racism.” It is time for other companies to take heed.

Companies being instrumental in ending hate and suffering is not theoretical. Their activism is a proven path to understanding and tolerance. When Coca-Cola made the decision to withdraw from apartheid-era South Africa, they struck a major blow for racial equality in the region. They also served as an example to other businesses to do the same. As Timothy Smith from the Interfaith Center on Corporate Responsibility noted at the time: “The fact that Coke is an international symbol of American business means that this decision to withdraw will really accelerate the trickle of companies leaving into a flood.” Furthermore, it was demonstrative of consumer power to demand such action from their business leaders — the divestment was led by public outrage at home in the U.S.

Now that the black tiles have come down on social media, we ask businesses to start speaking up. Regularly and often. In America we’re making it a crime to be poor: Speak up about that. We’re incarcerating Black children: Speak up about that. We’re executing Black and Brown men for crimes their white peers do not get the death penalty for: Let’s talk about that. We’re making it almost impossible for people of color to escape previous convictions, get a job and start a new life: We need to change that. George Floyd moved to Minnesota to start a new life after a prison sentence and ended up dead because he allegedly had a counterfeit $20 bill. Hire formerly convicted people. Change the culture within your businesses. Take your employees, clients and partners on a journey of education with you.

For many years businesses have been afraid of the potential for negative fallout if they waded into political and tense issues. But just like the people of Atlanta did with Coca-Cola, now we see more consumers and employees voting with their feet and their dollars to push businesses to understand the risk lies in saying nothing. And, just like we saw in 1986, when these commercial juggernauts put their weight behind important issues, things change. If Coca-Cola can help end apartheid, corporations can and must help end racism in the U.S. justice system.

Businesses must also consider the tools available to them — and back up their voices with their leverage. The blow to apartheid was so devastating because a major corporation didn’t just speak out — it actually withdrew. It refused to do business with the perpetrators of racial oppression and refused to invest in regions defined by prejudice. We ask that companies and investors do the same today for the U.S. justice system and law enforcement. In doing so, they cripple discriminatory institutions while at the same time incentivizing progressive reform.

We are at a tipping point. We need companies to step up. As some of the loudest voices in society, staying silent is not an option. Brands need to do this for their employees and for their standing in society. Advocating for change in criminal justice systems, so that we can eliminate barriers to equality of opportunity, is a message we need corporations to shout out loud right now.

If we do this together, maybe we can master this moment and create real change. But we can’t do it without our leaders, and our business leaders are no exception. It’s time for them to be the champions of fairness and equality they claim to be.

Celia Ouellette has dedicated her legal career to fight for those most disadvantaged by broken systems of criminal justice. Prior to founding Responsible Business Initiative for Justice, she was a human rights lawyer for more than a decade, founding and directing The Powell Project, an organization dedicated to empowering and equipping capital defence teams with the knowledge and skills to level the playing field in death penalty cases.

Ashish Prashar is a justice reform campaigner, who sits on the Board of Exodus Transitional Community, Getting Out and Staying Out, Leap Confronting Conflict and on the Advisory Council for the Responsible Business Initiative for Justice.

Celia Ouellette is Chief Executive at the Responsible Business Initiative for Justice.