Last week, 12 cities around the world announced a commitment to divest from fossil fuels and advocate for more sustainable investment, looking toward a green and just recovery from COVID-19. With divestment, these cities aim to accelerate the adoption of renewable energy in their communities, as well as globally, as demand shifts.

Four American cities — Los Angeles, New Orleans, New York City and Pittsburgh — have signed the declaration. While Los Angeles and New York might not surprise anyone, New Orleans and Pittsburgh are not likely the first places people think of as being at the forefront of sustainable cities. But a closer look reveals some interesting considerations.

Louisiana is a powerhouse when it comes to fossil fuels, accounting for about 1 percent of total U.S. oil reserves and production. It also claims 9 percent and 7 percent of U.S. gas production and reserves, respectively. About 70 percent of the state’s electricity is generated using natural gas, and per-capita energy consumption is among the top three states in the country, mostly due to the energy-intensive petrochemicals industry as well as the oil and gas sector.

Renewable energy only makes up about 4 percent of the state’s generating power, the vast majority of which comes from biomass and hydropower. The one utility-scale solar farm in the state is located in eastern New Orleans, though there are plans for future facilities.

New Orleans, however, has a particular reason to be concerned. Fifteen years on, the city is not the same as it was before Hurricane Katrina — the costliest storm in U.S. history — caused widespread destruction. Resilience should be at the forefront of virtually every discussion relating to the city’s future, and energy efficiency and renewable energy are cornerstones of a resilient energy path.

In 2017, the city released its Climate Action for a Resilient New Orleans plan, which has a goal to reduce the city’s carbon emissions by 50 percent of 2017 levels by 2030 through initiatives such as 100 percent low-carbon power and 255 megawatts of local solar power by the same year.

In an unexpected twist, Louisiana’s governor announced in February plans to mitigate greenhouse gas emissions as part of a coastal restoration and flood prevention plan, aiming to reach statewide net-zero emissions by 2050. It should be noted, however, that the task force set up to figure out how to reach these goals is required to have at least six representatives from the oil, gas and chemical sector. But all of this forward momentum has set up an interesting dynamic in the state for taking action on climate change, and New Orleans’ commitment to divest from fossil fuels adds another tool to reach those goals.

Pennsylvania is also heavily reliant on fossil fuels for its energy mix, having abundant coal and natural gas reserves. The Marcellus Shale, the largest U.S. natural gas field, lies beneath about three-fifths of the state, and Pittsburgh sits in the part of the state that is traditionally heavy coal country. Unlike Louisiana, however, Pennsylvania produces more electricity than it uses, and the bulk of that comes from natural gas, nuclear and coal. Renewable energy accounts for about 4 percent of the state’s energy mix, the bulk of that from hydropower and wind.

Unlike Louisiana, Pennsylvania has had renewable energy goals on the books for much longer, though they are moderate: The state’s 2004 alternative energy plan requires 18 percent of electricity to be renewable by 2021, with 0.50 percent solar. However, in 2018, the state released plans to increase the deployment of solar. Further, the state released a Climate Action Plan in 2018 that requires an 80 percent reduction in emissions by 2050.

As a city, Pittsburgh has been pushing the envelope on climate action. It joined the Bloomberg Climate Challenge and developed an ambitious climate action plan with a goal toward reducing emissions by 50 percent of 2003 levels by 2030, including powering city buildings with 100 percent renewable energy. 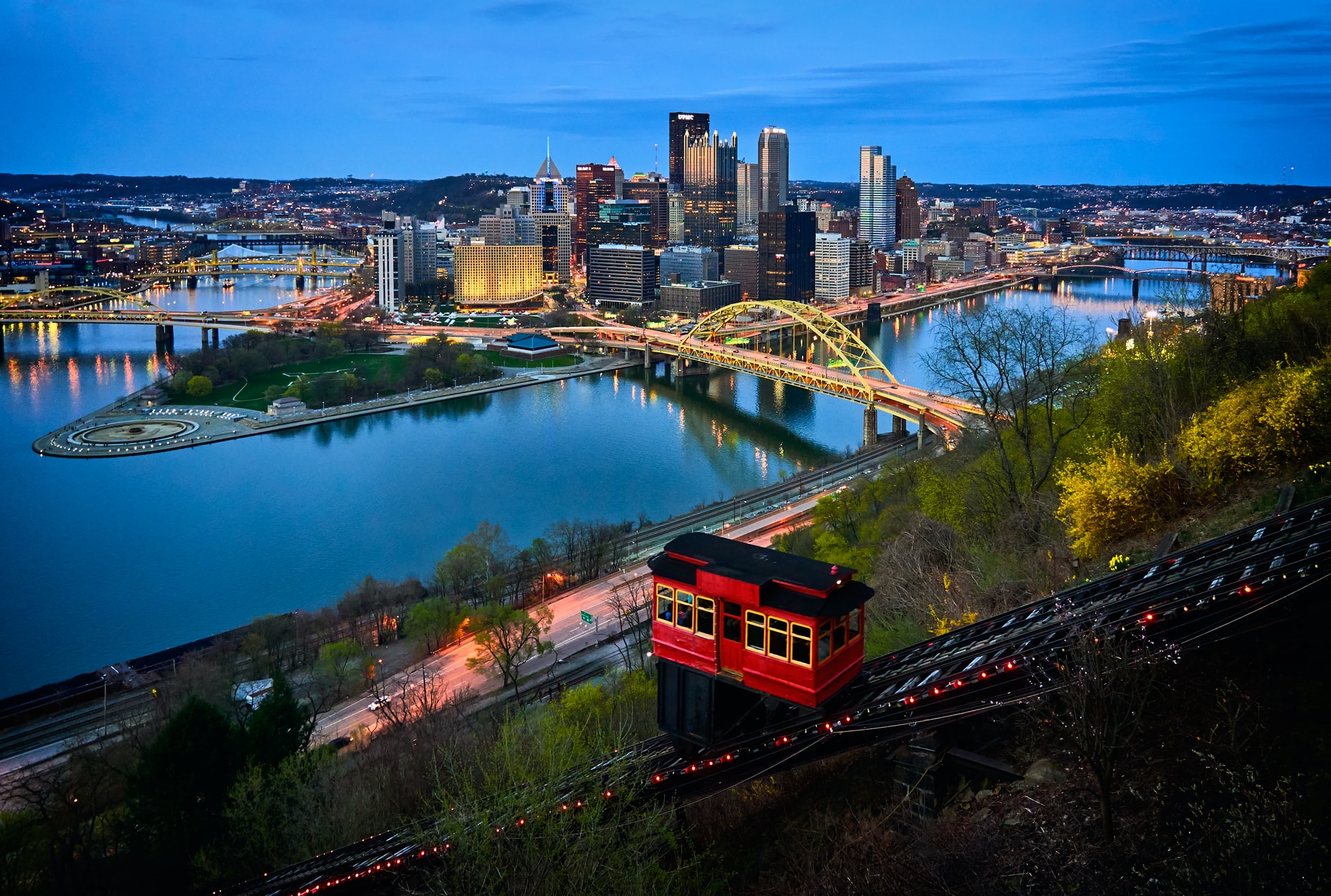 Divesting from fossil fuels is a clear indication of the desire to reduce dependence on oil and natural gas and to open more opportunities for investment in renewable energy — from direct investment capital in stocks, bonds or funds, to ownership of facilities and processes. Cities in particular are at the forefront of dealing with the effects of climate change and must make decisions to ensure the sustainability and resilience of their buildings and communities.

City leaders may make decisions based on the facts on the ground, but they must also consider issues like job growth and economic development, both of which renewable energy can offer. Cities like New Orleans and Pittsburgh show they are proactive as they make investment decisions for their futures. Their past and present may be in fossil fuels, but the future in both cities will be built on renewables.