1970 Earth Day Organizer: 'Election Day Should Be the Real Earth Day in the U.S.'

(Image: An estimated 50,000 people gathered at the University of Michigan on March 11, 1970, for "Give Earth a Chance," the first known event affiliated with Earth Day.)

Fifty years ago today, activists across the U.S. and around the world staged mass demonstrations, rallies and teach-ins in observance of the first Earth Day, held on April 22, 1970. A year earlier, Denis Hayes was a 25-year-old graduate student at the Harvard Kennedy School of Government, but he dropped out after one semester to lead a grassroots movement that would ultimately become the Earth Day Network, the primary organizers of the first Earth Day.

Although the nation was being torn apart by the Vietnam War and still reeling from the assassination of Martin Luther King, Jr., evidence of environmental degradation — from the 1969 Santa Barbara oil spill to Ohio’s infamous Cuyahoga River fire — had become too significant to ignore, Hayes recalled during a webcast hosted this week by the climate action network We Don't Have Time.

"In the backs of people's minds was the recognition that breathing the air in major American cities was very much like smoking two packs of cigarettes a day. Rivers were catching on fire and species, even our bald eagle and California condor, were going extinct for reasons relating to pesticides as written in 'Silent Spring,'" he told attendees from more than 130 countries on Monday. "We had literally dozens of issues suggesting that as we got richer and richer, our quality of life was getting poorer."

On Earth Day, an estimated one in 10 Americans gathered to "demand changes in the way the country does business," Hayes said — and they got it. Mere months later, the Clean Air Act passed unanimously in the U.S. Senate and with only one dissent in the House of Representatives. It was signed into law by President Richard Nixon on the final day of the year.

"For the next 10 years, we were almost unstoppable," Hayes remembered. "The Clean Water Act, the Endangered Species Act, the Marine Mammal Protection Act, the Toxic Substances Control Act, the Superfund Act, the National Forest Protection Act, the Environmental Education Act — it just went on and on for 10 years. We began to restructure the country."

Of course, the United States is a very different place today than it was 50 years ago. We've come a long way in some respects — the air in major cities is cleaner, waterways and forests are legally protected, and biodiversity has returned to corners of the country where it was once feared to be lost forever.

But in many ways, we've regressed. Advocates have continually tried and failed to put climate action on the national agenda, as the current administration holds firm in its decision to withdraw the U.S. from the Paris climate agreement. The march toward corporate personhood, culminating in the 2010 Citizens United v. FEC decision, has put unprecedented political power in the hands of corporations. Some have used it for good, but many have not.

Hayes, now 75, and his colleagues at the Earth Day Network envisioned this year's festivities as a massive call-to-action to once again shift the direction of environmental and climate policy in the U.S. Then, of course, came the novel coronavirus.

"COVID-19 basically took two years of organizing and turned into a massive belly flop," Hayes said, lamenting the disruption in activism that accompanies the humanitarian tragedy of the pandemic. "Where we wanted to have 750,000 people on the National Mall in Washington, D.C., it would now be illegal to have more than 10 people together." 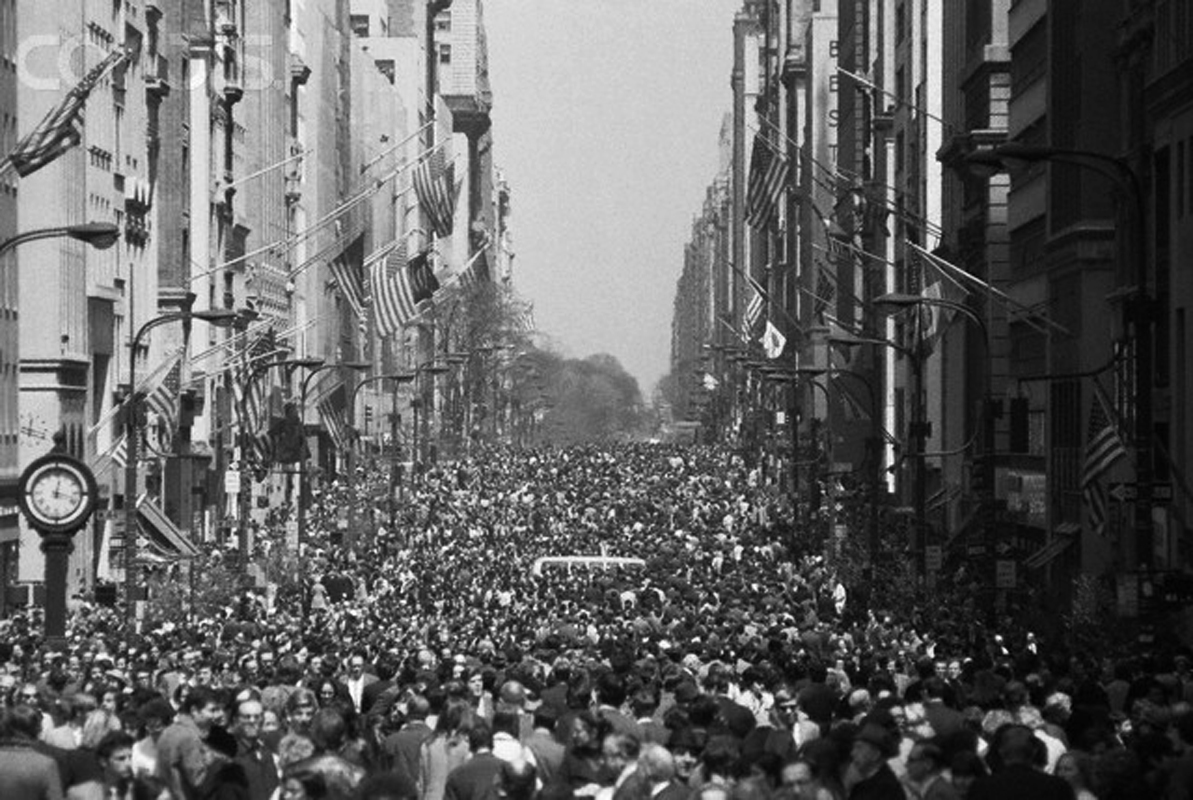 Election Day: "The real Earth Day in the U.S."

"A big part of what we were trying to do with Earth Day this year was to catapult climate to be one of those issues that you vote on," Hayes said. "For most Americans, there are a dozen issues out there that you're considering, but there are one or two or three that if the candidates are wrong on that, you simply will not support them. Climate has never been that kind of an issue in a presidential race."

But it can be, Hayes insists — and if it is in 2020, great things are possible. He pointed to massive policy shifts around renewable energy in China as evidence of what political impetus can achieve.

"When China decided to get into solar energy, it made no solar panels at all. It set on a program, and 10 years later it was making more solar panels than the rest of the world put together. It had driven the cost down from about $30 a watt down to today, at utility scale, about 25 cents a watt," he explained. "You can set these things up, come up with policies to get there and then, if you're genuinely committed, bring about heroic change."

The Earth Day Network will host virtual teach-ins, social media campaigns and voter education drives over the next five months leading up to Election Day on Nov. 3. In his op/ed published earlier this month, Hayes called on everyone to be a part of the solution.

Click here to take the Vote Earth pledge and get involved.

Image credits: University of Michigan School for Environment and Sustainability/Flickr and Bettmann/CORBIS via Tommy Japan 79/Flickr