U.S. President Donald Trump lobbed a firebomb into the field of corporate social responsibility on September 22 when he issued an executive order banning certain types of diversity training within the federal government and among its contractors and grant recipients. The order includes loss-of-contract and other punishments for those who disobey. It also contains an even more pernicious element that should have corporate leaders rooting for change at the Oval Office when the results of the November 3 election roll in.

In the wake of George Floyd’s murder, this summer the Black Lives Matter movement gathered renewed force. Hundreds of thousands of people took to the streets to advocate for equity in policing. They also exposed gaping holes in the efforts of corporate America to promote diversity.

The movement also raised awareness about the challenges faced by CEOs who strive to create a counterforce against racist statements and actions by the U.S. president. 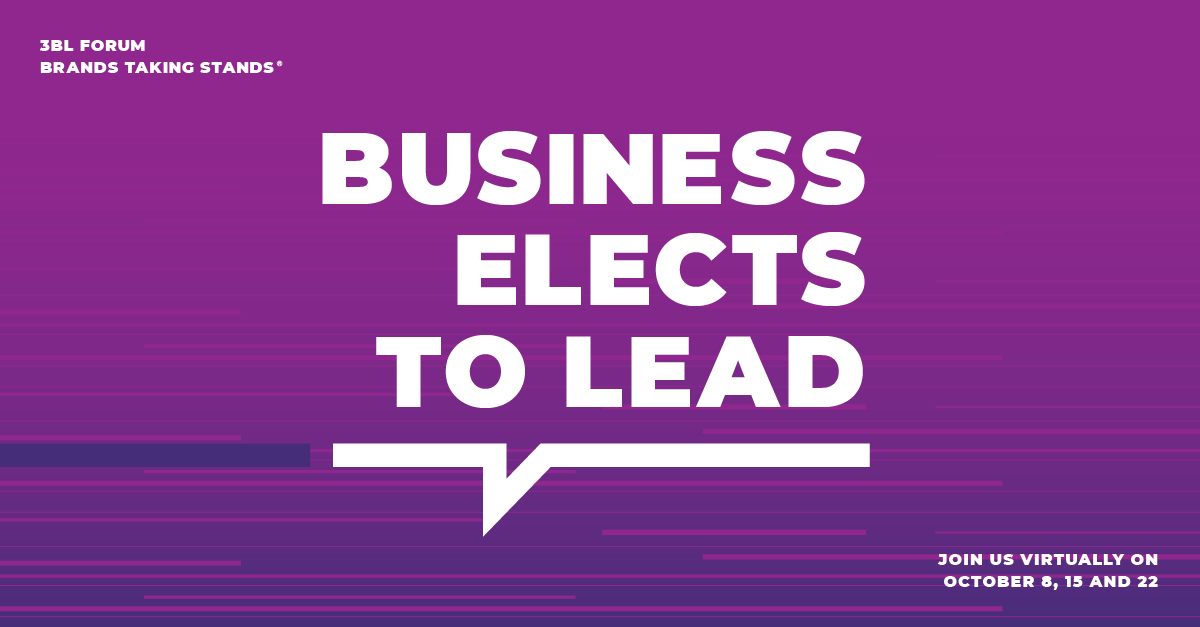 The reinvigorated Black Lives Matter movement has called renewed attention to structural racism and unconscious bias embedded in the American legal system and other facets of society.

In response, over the summer many leading corporations re-examined their diversity commitments, ramped up their training and expectations for employee behavior, and pledged millions of dollars toward foundations and programs aimed at breaking down structural racism and other racial barriers.

The new presidential executive order on “Combating Race and Sex Stereotyping” seeks to nullify that progress while preventing any further action.

The loss-of-contract provision alone should have spurred corporate leaders to speak out, but there is an even more onerous  — perhaps sinister is the right word  — aspect of the executive order that jumps off the page.

Section 4-b establishes a federal hotline to “investigate complaints received under both this order as well as Executive Order 11246 alleging that a Federal contractor is utilizing such training programs in violation of the contractor’s obligations under those orders.”

Additionally, section 4-c requires all federal contractors, subcontractors, and their employees to submit information regarding “any training, workshop, or similar programing having to do with diversity and inclusion as well as information about the duration, frequency, and expense of such activities.” Section 6-c-iii further specifies that “at least one senior political appointee” will oversee compliance for each federal agency.

With this combination of encouraging snitches (for lack of a better word), gathering information on a massive scale, and politicizing oversight, the new executive order doesn’t merely skate around the edges of the career-destroying “Red Scare" of the 1950s, fueled by Republican U.S. Senator Joe McCarthy of Wisconsin. It rips whole pages out of the McCarthy playbook.

The calm before the storm?

Against this backdrop, it may seem curious that corporate leaders have not joined together in a furious pushback. However, this may just be the calm before the storm.

Writing for USA Today last week, reporter Jessica Guynn noted that “behind the scenes, individual companies and industry groups are supporting efforts to mount a legal challenge to the executive order, similar to industry opposition to the president’s Muslim travel ban.”

If that is so, it is possible that opponents of the ban are waiting for the results of the November 3 election before taking action. A new president could blot out the executive order with one swipe of a pen, rendering the whole issue moot.

On the other hand, if President Trump is elected to another four-year term, Guynn’s reporting suggests that leading corporations  — including powerful defense contractors  — will be ready for a fight.

The U.S. Department of Defense speaks out, kind of

Of all the federal agencies affected by the new executive order, the U.S. Department of Defense (DoD) stands out in terms of its size, history and role in breaking down segregation barriers. DoD was among the many federal agencies that responded to the Black Lives Matter movement last summer with a renewed commitment to diversity.

On July 21, while the nationwide Black Lives Matter marches were still at a peak, DoD held a press briefing on its diversity commitments and posted a follow-up article on its official website, defense.gov. DoD noted that the Defense Board on Diversity and Inclusion in the Military had just begun meeting to conduct “a comprehensive six-month study and to develop concrete, actionable recommendations to foster equal opportunity, diversity, and inclusion among all ranks.”

The effort specifically includes the very areas that the new executive order seeks to eliminate. It emphasizes the need to develop “educational requirements to educate service members on the signs and effects of unconscious bias.”

On the other hand, DoD signaled a shift in emphasis following last week’s directive from the Oval Office. On September 24, McClatchy D.C. reporter Tara Copp took note of a virtual town hall for military members, their families and their communities, presented by Defense Secretary Mark Esper along with other DoD senior leadership.

Copp reported that at the town hall, the chairman of the Joint Chiefs of Staff, General Mark Milley, said: “The military was moving ahead on another aspect of preventing unconscious bias, removing all identifying information, including photographs, from a service member’s records when they are considered by military promotion boards.”

That pretty much misses the point. If racial bias prevents Black soldiers from obtaining the same opportunities to qualify for promotion as White soldiers, then removing racial identifiers from promotion boards merely cements structural racism in place.

Milley also emphasized that “the military has been, and remains, the largest meritocracy in the world.”

“We know, internally, all of us, about the saying of e pluribus unum and the idea that we are stronger together. The idea that diversity builds a better team,” he added.

Again, the formulation of a meritocracy is not the same as eliminating the structural barriers to equality. However, Esper did suggest that DoD is serious about making headway on diversity, despite the new executive order.

As cited by Copp, Esper said, “We need to keep the pressure on to get to that state where we fully embrace diversity, inclusion and there’s equal opportunity for all.”

It remains to be seen if DoD keeps the pressure on and pushes back more emphatically against the last week’s directive. If and when corporate leaders are called upon to fight, it would be helpful to have a powerful ally on their side.