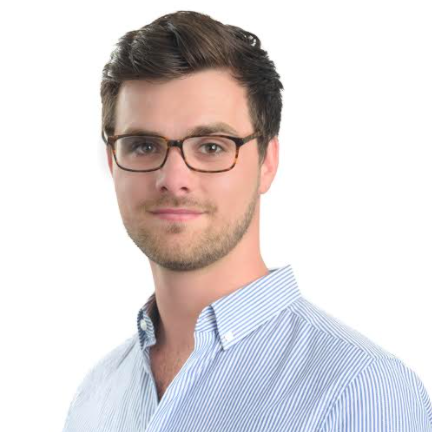 Though President Donald Trump and President-elect Joe Biden have fierce disagreements in many areas, the energy storage industry is one that they both enthusiastically support. The Trump administration launched the Energy Storage Grand Challenge earlier this year to bolster American leadership in the battery sector, while Biden has featured domestic battery manufacturing as a frequent talking point for how America can address climate change while still focusing on job creation. They both have explicitly identified a secure domestic supply chain as a critical component of an American battery industry.

A path toward scaling up renewables across the U.S.

The energy storage market is expected to grow to $30.4 billion with 52.5 gigawatt hours in installations by 2023. Global electric vehicle (EV) sales are also expected to skyrocket, growing from 2.5 million sold in 2020 to over 31 million by 2030. Tapping into this market opportunity and establishing a domestic supply chain offers the potential to create millions of jobs; develop more American-made products; and make a sustainable future using renewable energy resources more accessible — a key focus in Biden’s climate plan.

In order to establish a domestic supply chain that can support a strong energy storage sector, the U.S. will need to break free of its dependence on China for both processed battery materials and fully built batteries. As it is, China produces the majority of the world’s batteries while producing an even greater majority of the materials that go in them. To achieve the bipartisan goal of a strong domestic battery industry, the U.S. needs innovation — beyond the standard lithium-ion battery — to build new designs that leverage materials sourced right here in North America.

U.S. climate ambitions depend on access to scarce materials

Biden has set a goal of a completely decarbonized electrical grid by 2035. California Governor Gavin Newsom has also banned the sale of new gas-powered vehicles beyond that date as well. Lithium-ion batteries are critical for both of these ambitions — they power the EVs that replace gas cars, and they store renewable energy when it is abundant for later consumption. Lithium mining in America is practically nonexistent, and the processing of lithium into battery-grade chemicals is similarly limited. China produces most of the world’s battery-grade lithium chemicals in addition to the majority of the world’s batteries.

The recent trade war highlighted risks in the long-term trade relations between the U.S. and China. The pandemic further highlighted the risks that dependence on a global supply chain pose for critical infrastructure. In addition to both of these risks, the rapid increase in demand for batteries has not been met with a similarly rapid investment in mining and processing of raw materials. Most industry analysts expect widespread shortages of critical lithium-ion materials by mid-decade.

New battery technologies can bolster America’s climate ambitions. Lithium-ion batteries were designed for highly portable applications. While this makes them a good fit for cars, it offers little value for the stationary energy storage required by the electrical grid. To empower a domestic battery supply chain, the Biden administration should identify lithium-ion alternatives that are capable of meeting or exceeding performance while using inexpensive and domestically abundant materials. One such promising alternative is the zinc-ion battery.

Zinc is so cheap and abundant that it is used to make pennies. The other material used in zinc-ion is manganese, which is similarly cheap and abundant. Unlike the materials used in lithium-ion batteries, both materials are produced in sufficient abundance in North America to support U.S. climate ambitions. Since they are water-based, zinc-ion batteries offer the additional benefit of complete and total safety. The result is a safe, low-cost, long-lasting lithium-ion alternative that can easily be built with a secure domestic supply chain. As an additional benefit, zinc-ion batteries use the same manufacturing process as lithium-ion, meaning it is a technology that can be rapidly and inexpensively scaled.

Both the current and incoming administrations understand the value of creating a domestic supply chain for energy storage technologies. Not only is the market opportunity significant but scaling up battery production is critical to meet environmental and economic goals in the coming years. Batteries that are built with more domestically abundant materials — like zinc — offer an alternative that supports this shifting supply chain.

Ryan Brown is the co-founder of Salient Energy, a company developing a new type of battery tailor-made for renewable energy storage. He is deeply passionate about technological solutions to climate change.