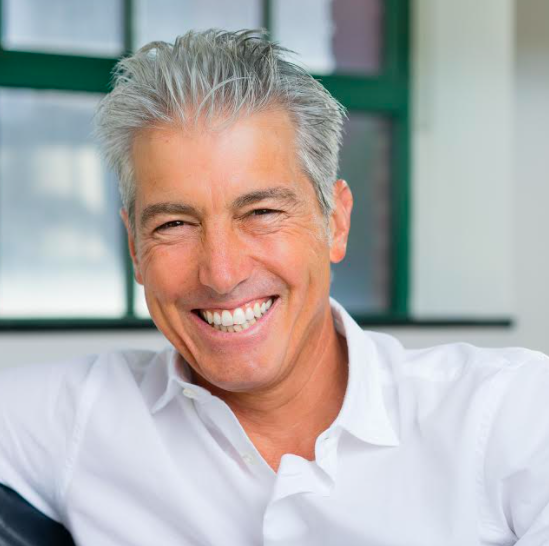 Giving Tuesday a Wake-Up Call that Traditional Philanthropy Is Broken

Don’t get me wrong, any dollar spent on a good cause is a dollar well spent. But can we seriously embrace holidays like Giving Tuesday as a solution to the world’s most pressing challenges or is it more about alleviating guilt?

If it’s about alleviating the guilt of having more than we need, then I have no qualms with that approach. But if it's about trying to create substantial change — it’s time to reset and restart.

The numbers illustrate the truth of the matter. At first glance, the $511 million generated on Giving Tuesday in 2019 looks impressive. It’s a significant source of capital that has the potential to help many people when directed to the right causes and organizations.

Is the wellbeing of our communities really only worth less than one-tenth of one percent? Giving Tuesday is a nice gesture, but the reality is that climate change, social inequality, and food insecurity cost billions or even trillions of dollars to solve.

We know these social and environmental problems are counterproductive to economic growth. Federal Reserve Chairman Jerome Powell has warned the U.S. that income inequality holds back the economy. The economic toll of the wildfires across California this year is estimated at $10 billion thus far. Isn’t there a better way to address these challenges while simultaneously driving economic growth?

While we can respect the role of philanthropy in society, we must accept that philanthropy isn’t going to cure society’s biggest problems. Meanwhile, it has become blatantly clear that the government will not save us. It’s no surprise that Americans are turning to corporations instead of the U.S. Congress to solve social problems.

It’s time for a better way — a way in which doing good and doing well are not mutually exclusive, but rather mutually reinforcing. There is an opportunity for the business community to make meaningful progress by driving growth and sales through social impact.

Instead of thinking about driving sales and improving society’s wellbeing as separate activities, (Black Friday versus Giving Tuesday) what if we reimagined the sales process so that just 0.25 percent of every sale generated a positive social impact?

Companies are already spending a significant portion of their profits in effort to sell more of their products and services. In fact, companies spend 25 percent of their revenue on selling, general and administrative expenses, in which the majority is related to selling, commissions, advertising, promotions and travel. These traditional client acquisition tactics are not only costly, but oftentimes, they have little to no return on investment.

To be clear, this approach is not a donation tax incentive. Instead, it’s a new and more effective use of client acquisition costs to close sales and strengthen relationships with existing customers. In addition to improving win rates and customer retention, the act of sharing the story of the social impact with employees, consumers, investors, and other key stakeholders can generate value for various departments within both organizations.

This is the change we need to make stakeholder capitalism a reality.

Considering global business transactions add up to roughly $96 trillion each year, the opportunity to drive change at scale is immense. If just 1 percent of the total global transactions adopted this sales model, and attached impact equivalent to 0.25 percent of their sales, it would generate $2.4 Billion to address the needs of society and the planet.

This year, Giving Tuesday isn’t just a reminder to celebrate generosity, it’s a wake-up call that traditional philanthropy is broken. It’s time for business to do what it does best — innovate with urgency — to create a more prosperous future for all. Not only because it is the right thing to do, but because it’s in corporate America’s best interest, too. And that is a step in the right direction.

Paul Polizzotto is the founder & CEO of Givewith, which enables companies to drive business growth and stakeholder value by directing funding to environmental and social impact programs through their everyday business transactions. Over his 32-year career as a social entrepreneur, Paul has dedicated himself to developing, refining, and realizing the vision at the heart of Givewith: that by prioritizing social impact, businesses can deliver a sustainable source of funding for the critical work of nonprofits and differentiate themselves from the competition, driving sales, increasing profits and raising share prices.