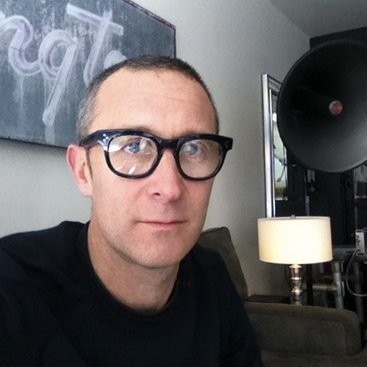 We also know who bears the brunt of climate change: catastrophic fires, rising seas, and devastating hurricanes disproportionately have an impact people of color and developing countries. Those least responsible for creating the problem are the ones who are on the front lines of it.

At Ben & Jerry’s, the issue of climate change is personal. We’re already seeing impacts in our global agricultural supply chains that affect the quality and cost of our ingredients and the livelihoods of those who grow them. Like everyone else, we have a role to play in the transition to clean energy. From on farm biodigesters to solar at our Waterbury, Vermont ice cream factory, we’re reducing the impact our company has on the climate. But just reducing our own emissions isn’t enough. That’s why we’re thinking about how we spend our money, who we work with, and who provides services to our company, including insurance.

That’s why Ben & Jerry’s, along with over 60 other businesses, recently issued a statement calling on U.S. insurance companies to stop insuring and investing in the fossil fuel industry that is driving climate change. The U.S. insurance industry is one of the last refuges of fossil fuel companies worldwide. While many European and Australian insurers have adopted policies to end or reduce support for fossil fuels, few U.S. companies have followed suit.

As our country has become more focused on issues of systemic racism and the white supremacy that fuels it, it’s important to acknowledge that climate change is not just an environmental issue. It is as much about equity and justice as it is about rising sea levels and melting ice caps.

People of color aren’t just on the front lines of the impacts of climate change—they’re also the most likely to be directly harmed by the coal mines and oil wells driving this crisis. From St. James, LA in the heart of cancer ally, to neighborhoods surrounding refineries in the East Bay, black people are 75 percent more likely to live next to oil and gas facilities. As a result, black children experience asthma at rates twice that of white children, and black mothers are twice as likely to have stillborn babies.

Take, for example, the Trans Mountain tar sands pipeline in Canada, which has moved forward over the protests of First Nations whose lands have been polluted by the pipeline’s 85 spills to date. First Nations tribes wrote to every insurance company providing coverage for the pipeline, and while Zurich, Talanx, and Munich Re dropped out, Liberty Mutual, Chubb, and others still insure it.

Fossil fuels aren’t just a bad investment for the planet, but for our economy as well. A recent report from the U.S. government finds that climate change poses a major risk to the stability of the U.S. financial system. Wildfires, storms, droughts, and floods carry hefty price tags, and the financial shocks they cause threaten the whole system. Insurance companies, of course, are on the hook for billions in losses. Even as they pull out of wildfire-prone areas, it’ll be people who’ve lost their homes and taxpayers left holding the bill.

The insurance industry is in the business of risk management, and climate change poses a huge threat—to their balance sheets, to our whole economy, and to peoples’ livelihoods and very lives. It hits the poor and marginalized first and hardest, but as the scale of the fires that are burning in the West show, we are all starting to feel the impacts.

For businesses looking to advance racial and environmental justice and combat climate change, often-overlooked financial services like insurance can be part of the solution. A clear first step is for all of us in the business world committed to combating climate change to talk to our insurance companies: ask them about their fossil fuel policies, and encourage them to adopt policies that protect people and the planet, not just their bottom lines.

Christopher Miller is the Head of Global Activism Strategy at Ben & Jerry's.